When Manchester United left Albert Morgan in charge of the trophies at the end of an open-top bus parade through the city to celebrate the Treble in 1999, he did what any kit man probably would do.

‘I left them in the laundry,’ says Morgan, who returned to Old Trafford on the deserted bus before dumping three of the most famous cups in world football with the dirty kit from United’s win over Bayern Munich.

‘Just me with the trophies. I put everything back in the laundry and was glad to get home. 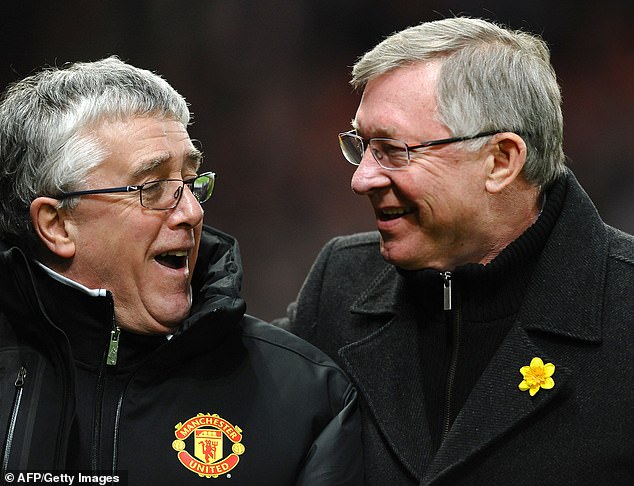 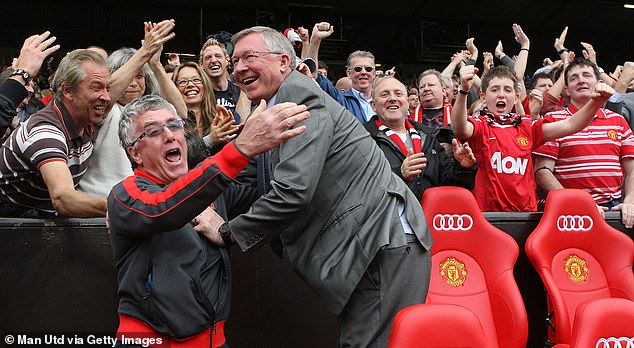 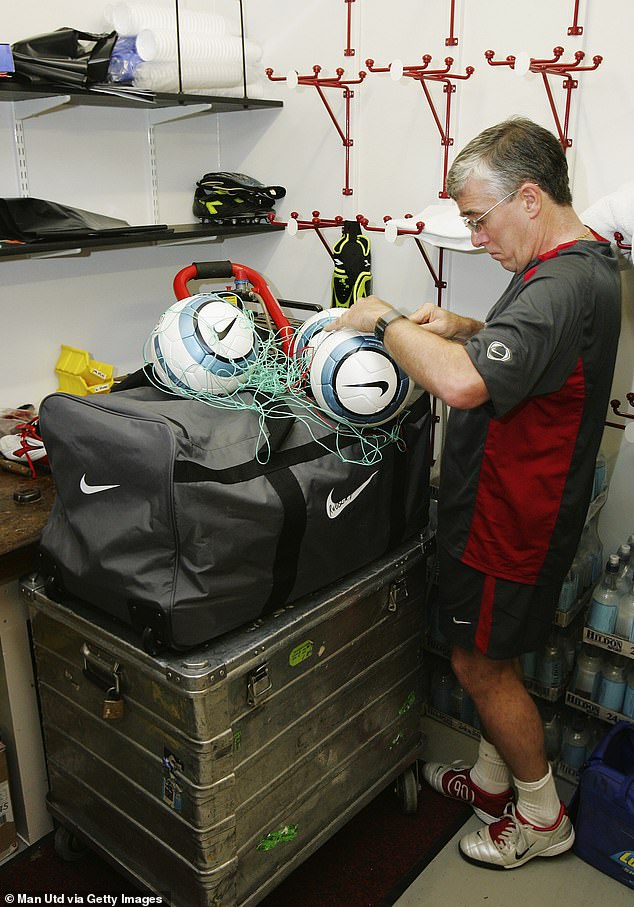 ‘My car was at Old Trafford and we were all absolutely knackered. I was tempted to put them in the boot and take them home, but I thought it would be just my luck for my house to get broken and they’d be gone.

‘So I was sensible for once. They stayed there.’

It’s not the only time laundry crops up in conversation with the man known affectionately as Albie who had to ensure United were kitted out properly during the 11-day period 20 years ago this week that saw them make history.

The night of Ryan Giggs’s momentous injury-time winner over Arsenal in the FA Cup semi-final may have been the springboard to United’s success, but it was also the night Morgan wore his Mister Men underpants for the first time.

‘Mister Happy,’ he says after a bit of prompting. ‘I had had them on for 10 games after that. There’s superstition for you.

‘I went back to the hotel when we’d won at Wembley in the FA Cup final and my wife was getting ready for the party.

‘I asked her to give them a bit of wash for me, so she washed them in the sink. I left them on the radiator then off to Barcelona the next day with my fresh underpants.’ 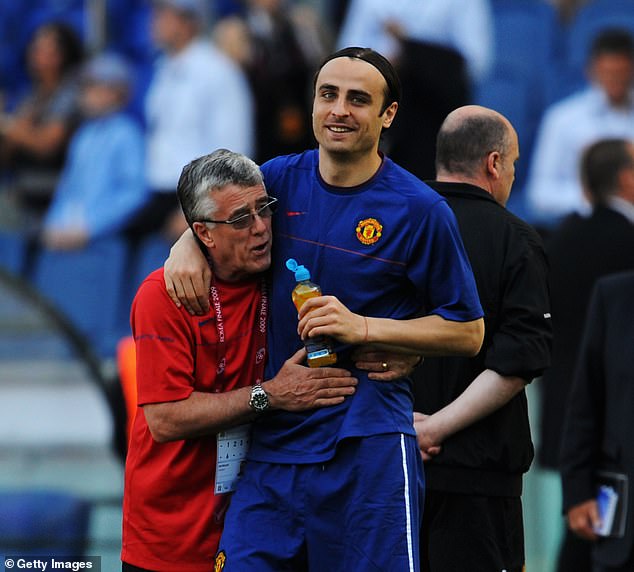 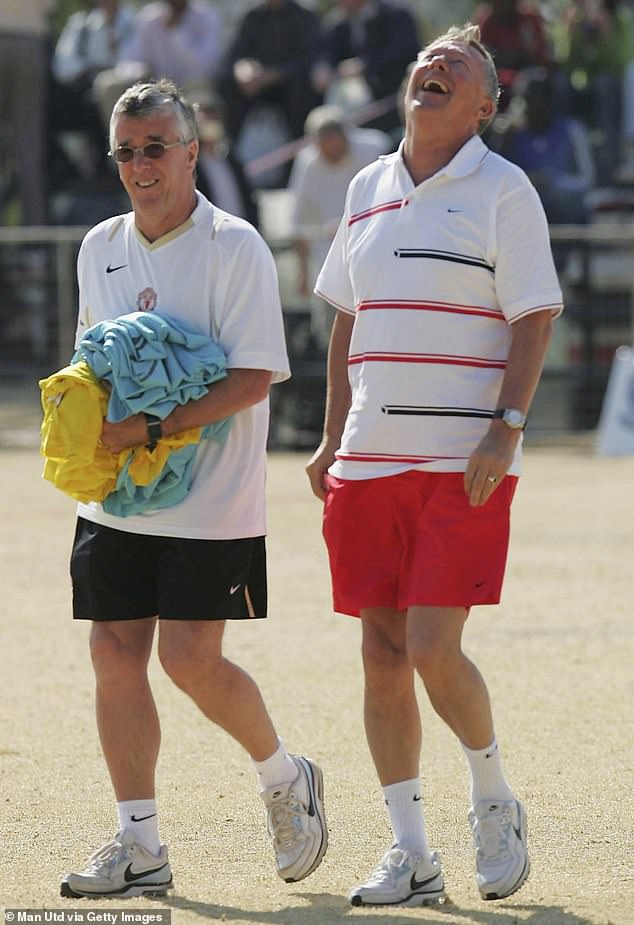 Tears well up in Morgan’s eyes when he relives the night United, the club he had followed since the age of six, clinched the Treble at the Nou Camp. 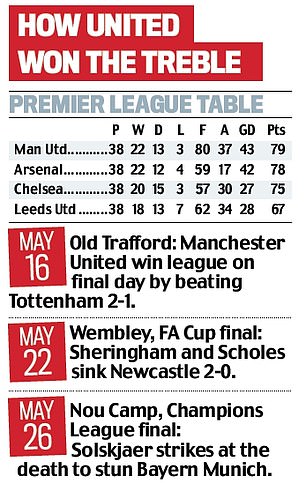 ‘I hope we do it again but I don’t want anyone else to do it,’ he says. ‘It’s a unique thing and I want to be part of that uniqueness.

‘I was dancing round my room when Man City got beaten (by Tottenham) the other week.’

Now a club ambassador, Morgan will be back at Old Trafford in his former role when United face Bayern in a reunion game on Sunday, the day after his 73rd birthday.

He retired after 20 years in 2013 and cried his eyes out when he returned to the ground for the first time with his wife Debbie the following season.

Fiercely loyal to the man he still calls boss, Morgan is also hugely proud of the bond he formed with the players.

‘I always say glorified baby minder because of some of the things the boys tell you and ask your advice on,’ he says. 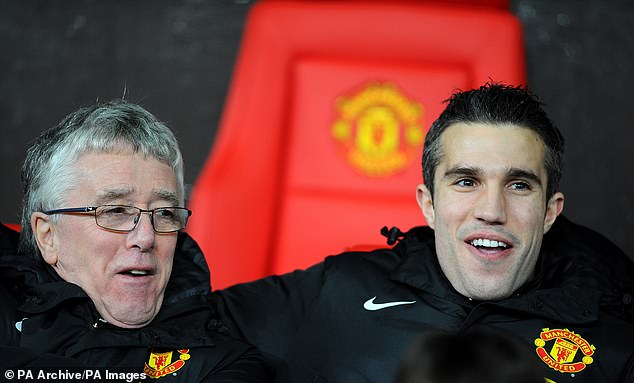 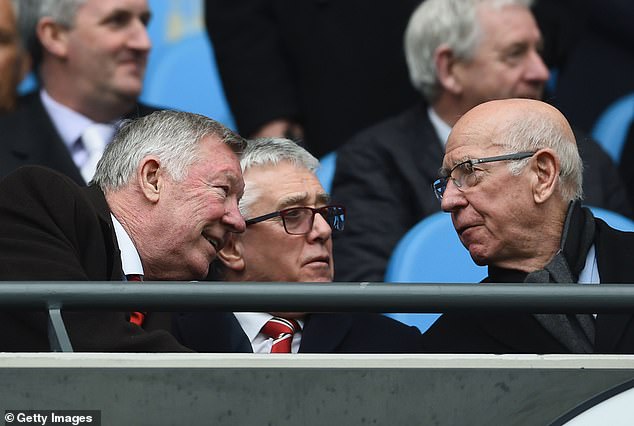 ‘About the cars, their love lives, this that and the other. It’s unbelievable. I’m very proud of the trust I have of everybody.’

Precious few secrets are divulged. Like Eric Cantona always wanting the same pair of black or white socks, and having salt sprinkled in them.

‘You never asked him why, just let him get on with it because Eric was Eric and he was a bloody genius,’ says Morgan. ‘I called him salt and vinegar feet, but it worked.’

Then there was Peter Schmeichel’s Rolex watch.

‘For years I always wore Schmeichel’s watch during games. He had a Rolex and this silver bangle like a snake he just used to give it me. I don’t know why.

‘At the end, when Peter finished at United, at the do after the Bayern game he gave me the Rolex and I’ve still got it. That’s the class of the man.

‘Many a time I would go out on a Saturday night and I’d have a fistful of rings. I would come in here on the Sunday and the players would be asking if I had them.’ 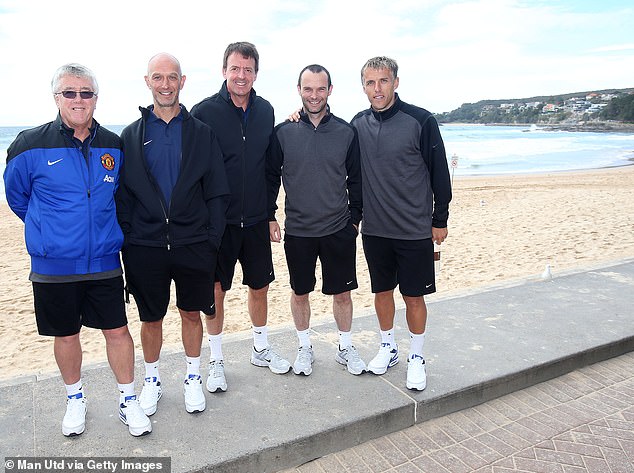 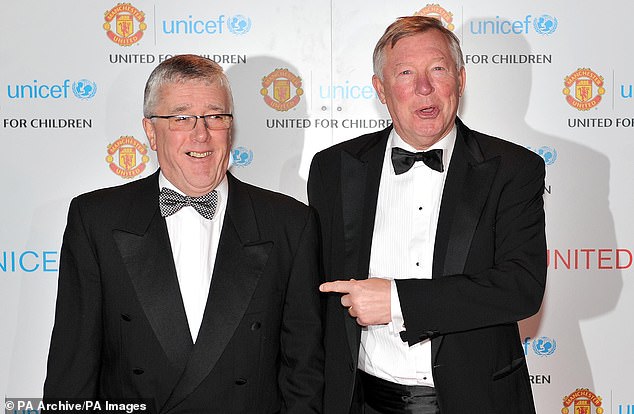 Ferguson, too, learned to lean on the popular kit man who became a trusted friend and part of the inner circle. The United manager would ask Albert to guess his team selections.

‘This is where the trust came in. He knew I knew the team and the boys would ring me up asking if they were in it. I’d say I didn’t know. I never told them.

‘He’d have a bark at me sometimes and then he’d wink because he had to show the boys what it meant. Then he would ring me that night and apologise.

‘I learnt over the years not to take any notice of it. But when you did get a bollocking, you knew.’

Morgan, who admits he was ‘scared to death’ about succeeding his friend Norman Davies in the role after abandoning a career with a Ford dealership in Manchester in 1993, knew it was the right time to go when Ferguson retired. The changes in football were already apparent around Carrington. 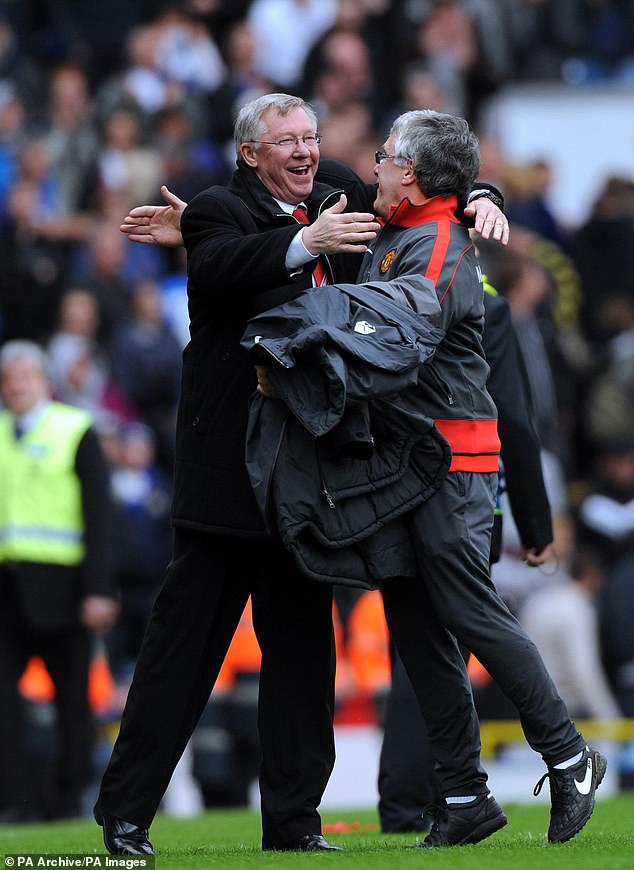 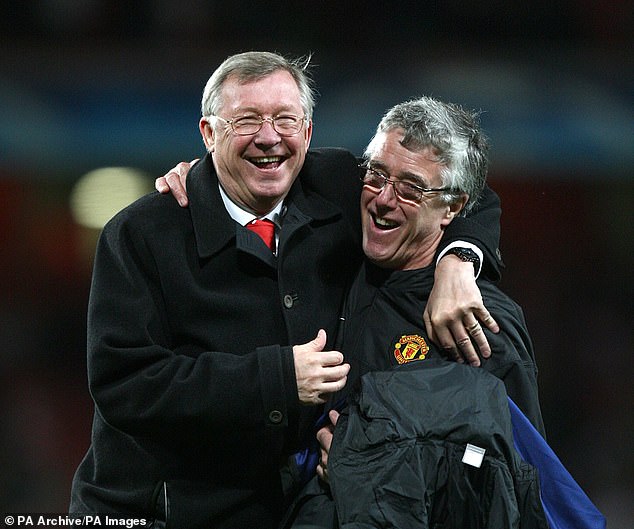 ‘When sports science came in it was a joke. I christened it the ‘s**t and p**s department’. But they went along with it and now we’re one of the leaders in the world in it. It was all banter.

‘I didn’t want to work for another manager. I’d have got the sack now, to be honest, for saying something with the way it’s turned out. It hurts the way we are at the minute.’

Morgan laughs when he recalls Ferguson pursuing him onto the team bus in South Africa and kicking him as he hid behind a seat because his mobile phone had gone off during an audience with Nelson Mandela.

Or the time he was going in for a heart bypass and Brian McClair turned up with a choice of three wood samples for his coffin.

‘Fantastic,’ says Morgan. ‘A couple of days later, he comes in with a shovel and a tree.

‘It’s kept me young. My missus says there’s three things in our marriage: me, her and this place.

‘It’s been a game changer in my life.’

All the money raised from Sunday’s reunion game at Old Trafford, kick-off 3pm, will go to the Manchester United Foundation for its work with young people across Greater Manchester. Tickets are on sale now from www.manutd.com/treblereunion

Champions Day at Ascot could move to inner course as weather...

Qabala supplemented for rematch with Hermosa in Irish 1,000 Guineas at...