Chris Powell does not believe clubs are quicker to fire black managers than white managers and feels the real issue is the small pool of black, Asian and minority ethnic (BAME) people represented in the dugout.

The former England defender lost his job with Southend in March, a fortnight after West Brom sacked Darren Moore, despite them being fourth in the Championship, and two months before Brighton fired Chris Hughton.

The latter’s departure prompted Troy Townsend from football’s anti-discrimination charity Kick It Out to tell the Daily Telegraph ‘we are now at worse than square one’ in terms of promoting BAME coaching talent. 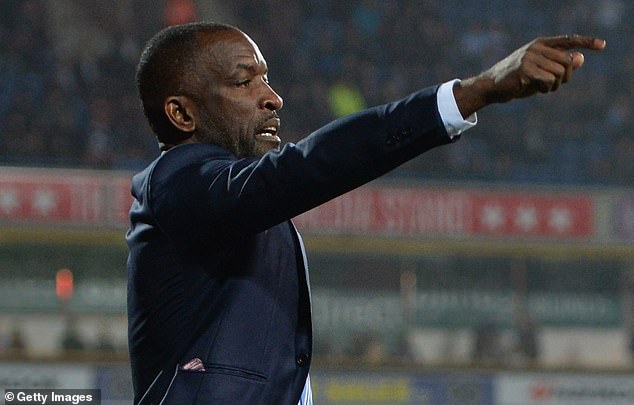 Powell said: ‘I don’t think colour has anything to do with why I, Chris or Darren lost our jobs – football is fickle and every manager, black or white, knows that.

‘But if your pool of black managers is small to begin with then it can look bad when a few of us go.

‘The answer to that is to increase the number of candidates of colour in position to get these jobs, because there are plenty of good BAME coaches, male and female, in academies and at grassroots.

‘That is something for the game’s decision-makers to consider but guys like me, Chris and Darren are trying to make a difference.

‘I wonder if it will be a generational thing and, like what the first wave of black players in the 70s and 80s went through, we will get a big breakthrough.’

Their exits reduced the number of BAME managers in England’s top four divisions to four, a marked contrast with the situation on the pitch, where approximately a third of the players are from an ethnic minority.

A fans’ favourite as a player, Powell was appointed as Southend boss in January 2018 when the Shrimpers were struggling in League One. He steadied the ship and guided them to 10th by the end of the season, prompting many fans to think a play-off push was possible this campaign.

However, those hopes were scuppered by what Powell described as ‘the most serious run of injuries’ he can remember in more than 30 years in the game. What had been a settled group was thrown into disarray, the goals dried up and confidence evaporated – Southend called time on his tenure after 11 games without a win. 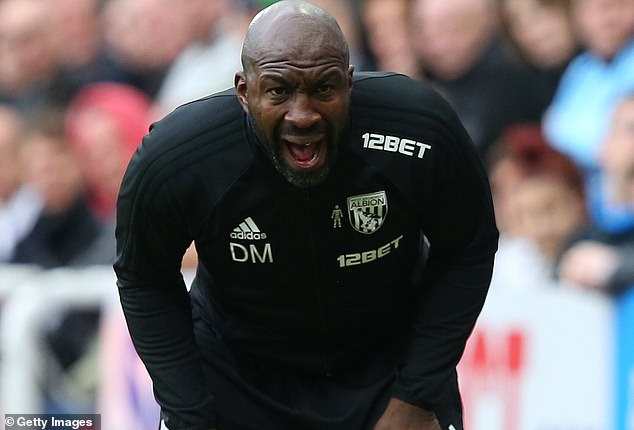 But the former left-back, who also enjoyed successful playing stints with Charlton, Derby, West Ham and Leicester, said ‘the players proved me right’ by securing their League One status with a dramatic win over Sunderland on the season’s last day. That was under temporary boss Kevin Bond, who has since been given the job on a full-time basis.

‘That’s football. You move on and I know I can do the job, I’ve proved that before,’ said Powell, who steered Charlton to the League One title in 2012 and has also managed Leicester, Huddersfield and Derby.

Powell is determined ‘to stay in the game’ and has applied for places on a governance course in Birmingham, the Football Association’s technical director qualification and the Manchester Metropolitan University’s highly-rated Master of Sport Directorship course.

In the meantime, the lifelong Tottenham fan is looking forward to next month’s Champions League final against Liverpool in Madrid – ‘I’ve got a flight and accommodation and I’m 85 per cent sure I’ve got a ticket’ – as well as some punditry on the EFL play-offs, which feature two of his former teams, Charlton and Derby. 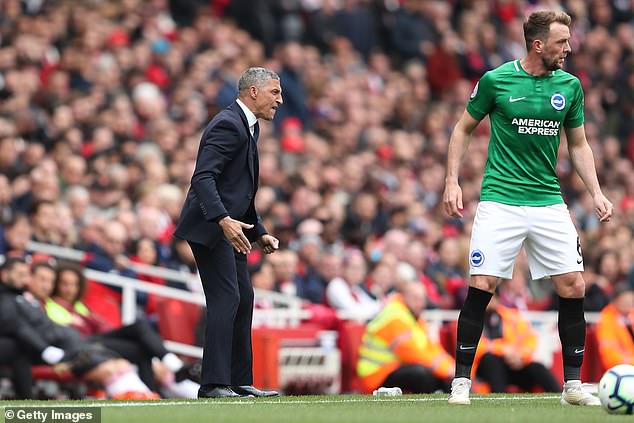 Chris Hughton, the former Brighton manager, was sacked by the Seagulls this month

Powell is also one of Prostate Cancer UK’s biggest supporters. He raised more than £10,000 for the charity by running last year’s London Marathon and is taking part in Sky Sports presenter Jeff Stelling’s ‘March for Men’ fundraiser in September.

About one in eight men in the UK will develop prostate cancer at some point in their lives but the figure for black men is more like one in four.

‘As a kid, I remember my uncle suffering with it but I got involved with the charity when I read more about it and realised I had an opportunity, as a footballer, to get the message out there about how serious this is but also how treatable, if you can spot it early,’ he said.

‘We don’t know why black men are more likely to get it but one in four is a harrowing number and black men over 45 should consider talking to their GP at least once a year, if not twice.

‘It actually kills more men than breast cancer kills women. I’m sure that’s partly because women are just so much better than men at talking about these issues and looking after themselves. We need to get better at that.’

– To find out more about Prostate Cancer UK’s work in football, including its work with the League Managers Association, go to www.prostatecanceruk.org/football

Sinisa Mihajlovic returns to the Bologna dugout for the first time...

Ross Barkley reveals how he trained with one leg in a...