Quite mature and increasingly so. We just need to look at the calm environment in which our elections take place. Plus voters have proceeded with five changes of government (see 1) with four of these happening in the past twenty-three years. These were made a lot easier by our FPTP system which produced clear winners immediately in ten out of eleven general elections – it took a tiny bit more time to form a government in 1976. And given how we massively rejected the wicked plan of a scheming trio in December 2014 it is natural that proposed changes to our electoral system be put to us in a referendum and not decided in parliament as it smacks of a conflict of interest. Especially when they will seriously blunt a weapon we’ve used to keep several politicians out of our National Assembly including the five who have been our PMs. And open the door for all kinds of additional abuse in these times of passport sale and ministerial eye-test. 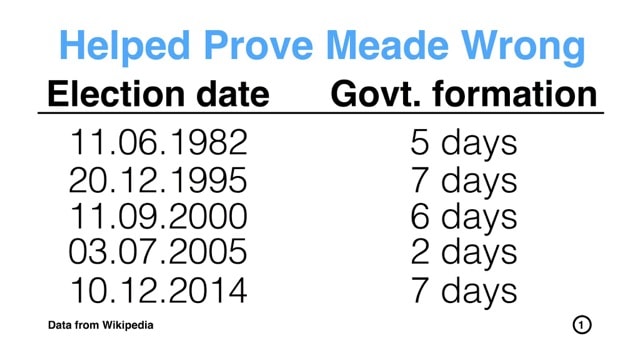