‘Typical of Suarez… maybe that’s the respect he was talking about before the game’: Robbie Fowler slams Barcelona star as he kicks out TWICE at Andy Robertson to force Liverpool defender off injured

Luis Suarez may have been talking about showing respect to Liverpool before the game, but that apparently didn’t stop him trying to pull out a few dirty tactics.

During the first half the Barcelona forward appeared to kick out twice towards Liverpool’s Andy Robertson, causing an injury which eventually forced him off at half-time.

After slamming Suarez before the game for his lack of respect, Fowler once again laid into him at half-time on BT Sport. 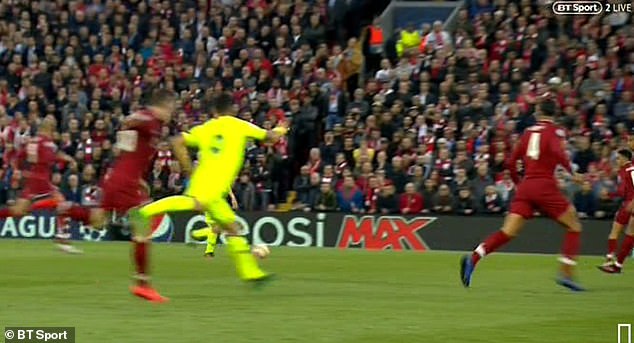 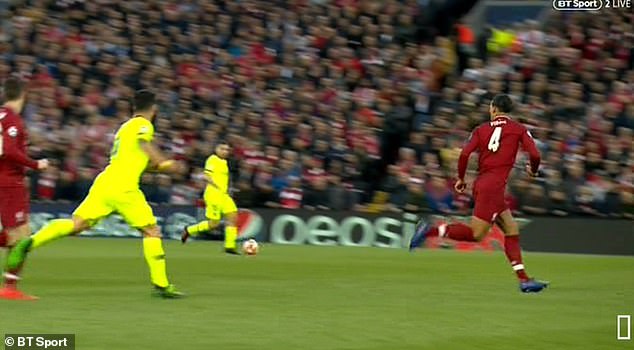 He then seemed to do it again, but it could’ve been seen as simply part of his running motion 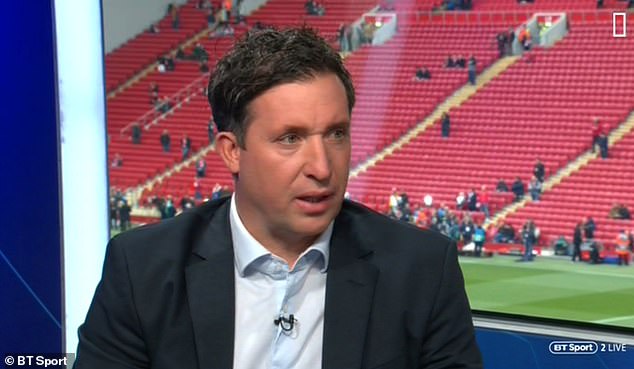 ‘This one is typical of Suarez,’ said Fowler. ‘He kicks out not once but twice.’

Seeming to show concern for the downed Robertson, Suarez went over to him and said a few words while he was receiving medical attention.

Much like earlier in the night, Fowler was skeptical about the Uruguayan’s true intentions. 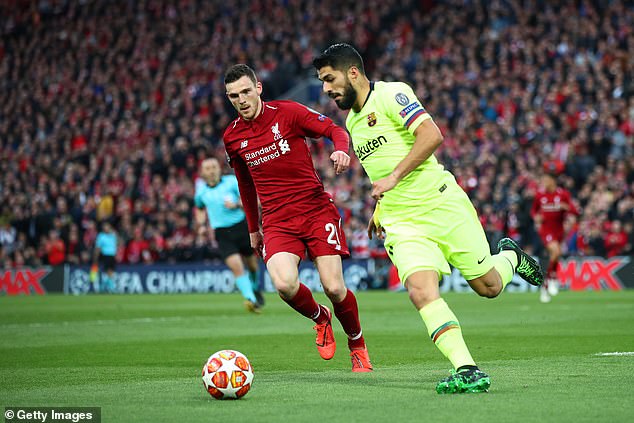 ‘You see him going over there, maybe that’s the respect he was talking about before the game?’

Earlier in the night, Fowler had blasted Suarez for celebrating his goal against Liverpool, and the manner in which he left Liverpool.

Former referee Peter Walton weighed in at half time to say that the incident probably would not have been viewed as a foul, despite the apparent intentions.

‘It was a little bit naughty indeed,’ he said. ‘From a refereeing point of view, if he does see it, or VAR sees it, it’s part of Suarez’s action in terms of running and not violent conduct. I think he would’ve got away with that one.’

Georginio Wijnaldum came on at half-time, and promptly brought Liverpool back into the match, scoring two goals in quick succession to level the tie at 3-3.

Where do Tottenham go now? It’s the end of Project Poch...