‘It’s always nice to return to the place where you received so much love’: Luis Suarez poses in front of the Kop ahead of Liverpool reunion with Barcelona

Luis Suarez returns to Anfield on Tuesday night for the first time since leaving Liverpool for Barcelona five years ago.

And the Uruguayan is eagerly anticipating playing in front of the Kop one more time, as he posed in front of Anfield’s famous stand on Instagram.

‘It’s always nice to return to the place where you received so much love. A place which I’ll always be so thankful too!’, he wrote. 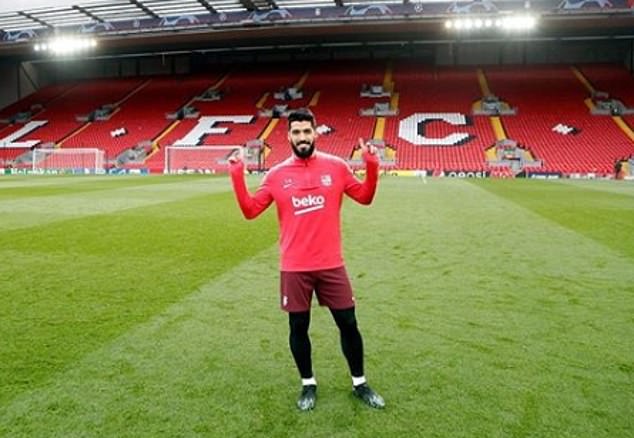 The 32-year-old scored last week as Barca took a commanding 3-0 lead over Jurgen Klopp’s side in the Champions League semi-final.

But he has vowed not to celebrate with the same vigour he did in Barcelona should his return Anfield end with him scoring again.

‘Celebrating the goal last week? People who know about football, who love this sport, know about the importance of this goal,’ said Suarez, who opened the scoring in Barcelona’s 3-0 win. 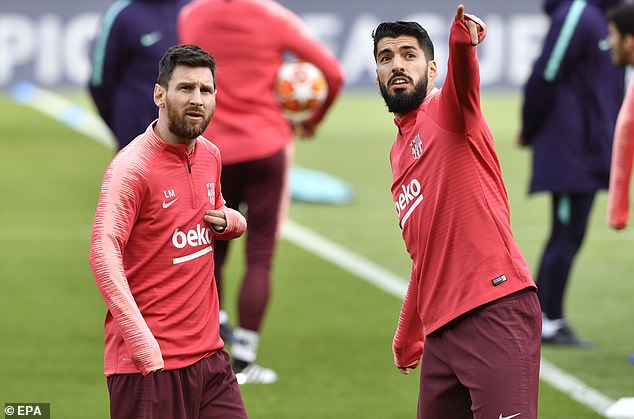 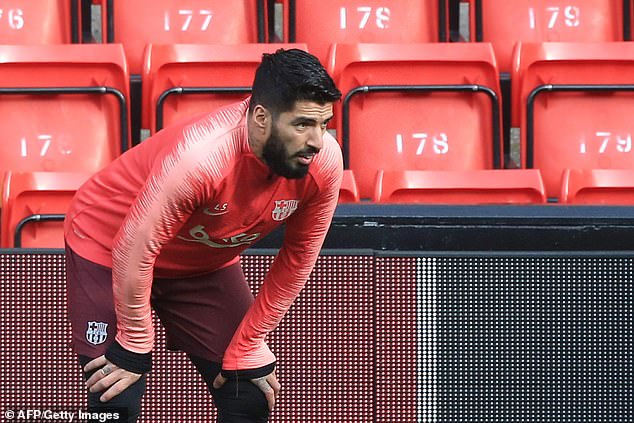 ‘I have all the respect in the world for the Liverpool fans. I scored and celebrated with my fans.

‘I say sorry (if anyone was offended) but the Liverpool fans would applaud me. I am very thankful to Liverpool to the fans and the club and it is clear if I score a goal against Liverpool I won’t celebrate it in the same way I didn’t celebrate in Holland when I scored (for Ajax against Groningen).

‘I am thankful for Liverpool. I think I was here for three and a half years and the team had been four or five years without being in the Champions League.

‘In the last year I was here, we got in the Champions League. I think people know the work I did here. I am thankful to the club. 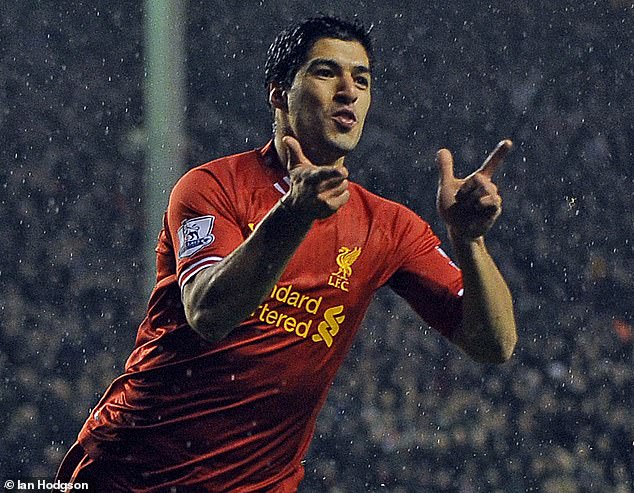 Former England No 1 Joe Hart ‘may quit Premier League for...