Zinedine Zidane turned on his Real Madrid players after they were beaten 1-0 by relegation favourites Rayo Vallecano.

It was the fourth away game since Zidane’s return and he is yet to pick up a win on his travels. A defeat to high-flying Valencia and two draws with Madrid clubs Getafe and Leganes were disappointing, but this loss to the side second-bottom in the table was a new low.

Zidane said: ‘I will always defend my players, but I cannot today. We cannot play like this. It is not just them, I am responsible too because I pick the team and prepare the game with the players. Today was just opposite of plan we had.’ 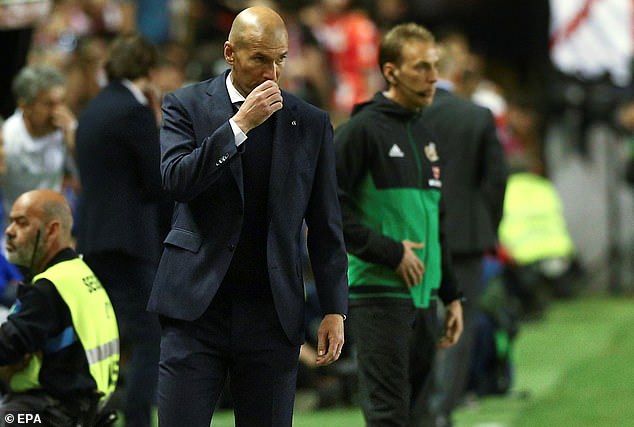 Asked if he thought Gareth Bale’s head might be elsewhere he said: ‘You will have to ask him’ – but the coach did not stop at Bale.

He said: ‘We didn’t do anything. From the first minute to the last on every level. We have to be very, very angry. I am angry. Our image was bad. We have to apologise to the supporters for what we did today. All of us.’

Asked what the worst thing about the performance was the beleaguered coach who denied regretting coming back to the job he left last summer said: ‘Everything. The attitude, everything. We did not run. We did not win the duels. We did none of the things we should do on the pitch.’

Real Madrid have been through three managers this season but none of them have been able to arrest the alarming drop in form. They are now 18 points behind leaders Barcelona with three matches remaining.

When asked if he couldn’t wait for the league to end he added: ‘I want the season to send as soon as possible but there are three games left and we have to respect the competition. We cannot finish the season giving this image of ourselves.’ 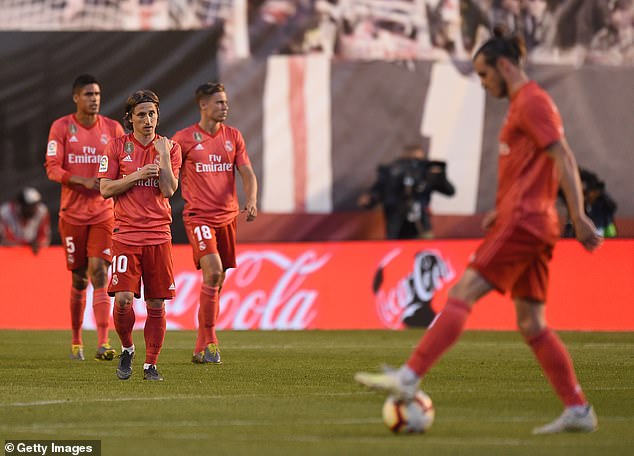 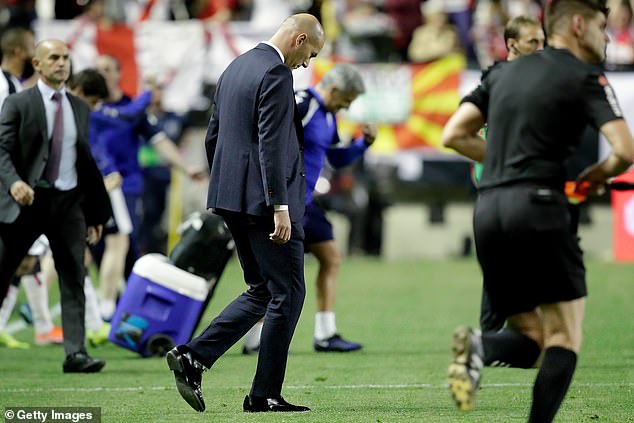 Champions League recap: Zidane still has plenty to sort out and...