Lewis Hamilton has predicted that Ferrari face a potential rebellion for holding back their young thruster Charles Leclerc.

The Scuderia are favouring four-time world champion Sebastian Vettel over the 21-year-old who is in his first season in red and only second in Formula One.

That policy was made explicit in China a fortnight ago when they swapped their drivers around to Leclerc’s detriment. 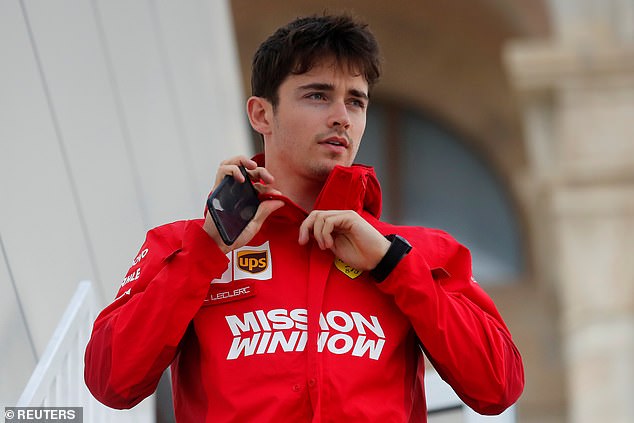 There was plenty of tension in the Ferrari paddock HQ afterwards. Team principal Mattia Binotto struggled to keep the peace.

Just as the emerging Hamilton’s pace was an irritant to his reigning double world champion team-mate Fernando Alonso during their tumultuous season at McLaren in 2007, Leclerc is too talented to be a natural No 2. He has scored one point fewer than Vettel, who is 31 adrift of Hamilton, despite the disparity in their treatment.

‘I understand how Charles feels because in his heart he believes he is the best or has the potential to be the best,’ said Hamilton ahead of Sunday’s Azerbaijan Grand Prix.

‘It is like having your light dimmed. As a racer, and as a fierce competitor, you naturally rebel. The team say to do one thing, but the fight in you wants to push the other way and do the opposite. I have experienced that.’ 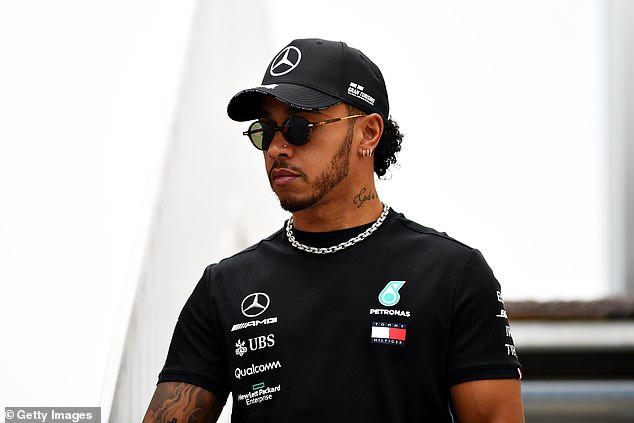 Leclerc was ordered not to pass Vettel in Melbourne, an instruction he obeyed. When advised to wait to race the German in Bahrain, he felt his pace was so much greater that he defied his bosses. Then the China brouhaha.

‘I see much of myself in him. He is doing a great job with high expectations at a huge team like Ferrari. He just has to keep doing what he is doing and it will come to him. For now, I am racing against both of Sebastian and Charles.’

Hamilton has always been respectful of Vettel, who after him is the most successful driver on the grid, but they differ in that the Briton has never sought to be favoured as an instrument of team policy: ‘My philosophy is that I want equal opportunities against whomever I am racing so I can truly show my ability.’ 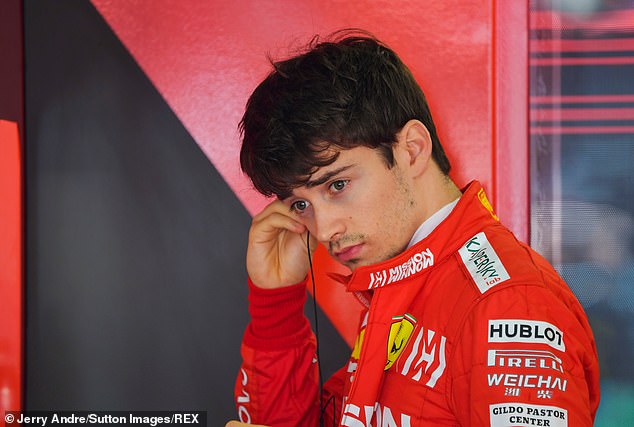 Hamilton arrived in Azerbaijan having spent time unwinding at the Coachella music festival in California. Refreshed?

‘You don’t go there to recharge your batteries,’ he said, hinting that he had partied hard – but his off-track enthusiasms have seldom proved an impediment in recent years.

Meanwhile Williams’ British rookie George Russell skipped his media engagements with an undisclosed illness that has lasted several days, but he is expected to be fit for practice on Friday. ‘He just needs some rest,’ said his team.

Uganda 1-1 Zimbabwe: Khama Billiat equalises for the Warriors after Emmanuel...