The Manchester United and City players will be trusted to behave themselves off the field — despite the tunnel bust-up which marred their last clash at Old Trafford.

Following the visitors’ tempestuous 2-1 victory in December 2017, around 20 players and members of staff were involved in an unseemly melee sparked when then United boss Jose Mourinho complained about a lack of respect from City’s celebrating players.

However, Sportsmail understands that no police officers will be stationed in the tunnel area for Wednesday night’s game. While officers can move in if needed, United’s stewards will be entrusted to keep the peace. 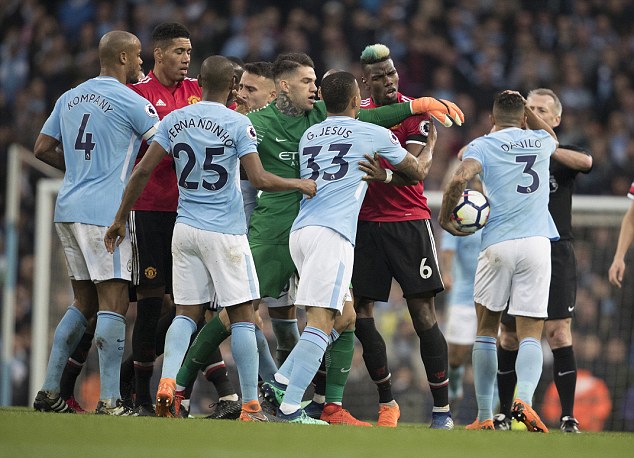 Trouble flared in 2017 when Mourinho was confronted by City goalkeeper Ederson. The two were involved in a heated exchange which prompted others to join in.

The Portuguese reportedly had water squirted at him, was doused in milk and hit on the head by an empty plastic bottle. After security officers separated the players, police stood outside the dressing rooms.

Now, with a more mild-tempered Ole Gunnar Solskjaer in charge of United, it is hoped there will be no repeat. Much has also been made of a desire among some United fans for a City victory to stop Liverpool from winning the title. 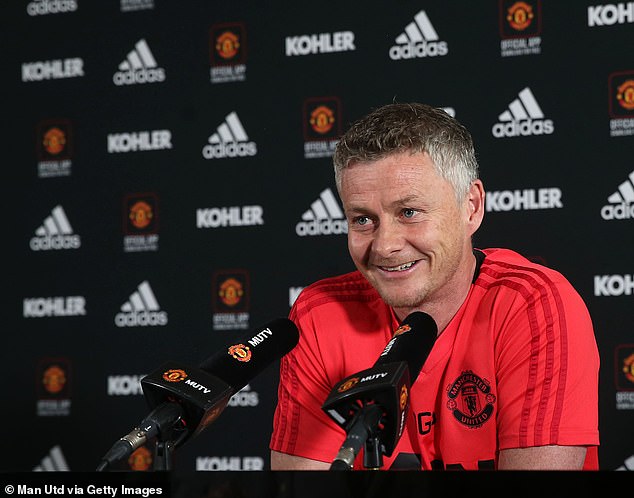 With the mild-tempered Ole Gunnar Solskjaer in charge, it is hoped there will be no flashpoints

Police have taken that into account but will be taking no chances. For the first time for a derby at Old Trafford, 6ft fences will be in place outside the away turnstiles in an attempt to prevent trouble on the concourse behind the away section, which has often been a flashpoint area.

The fences have been a success for matches against European sides and in other high-profile domestic fixtures.

Chief Superintendent Graeme Openshaw, who will be overseeing Greater Manchester Police’s operation, said: ‘We are looking forward to another huge footballing occasion for Manchester. We’ve been working closely with both clubs to ensure that everyone can enjoy the game in a safe environment.’