Tranmere and MK Dons have denied any racist abuse of players took place during the fixture between the clubs.

Dons striker Chuks Aneke has been cleared after he was accused of throwing an object at Tranmere supporters after the final whistle. 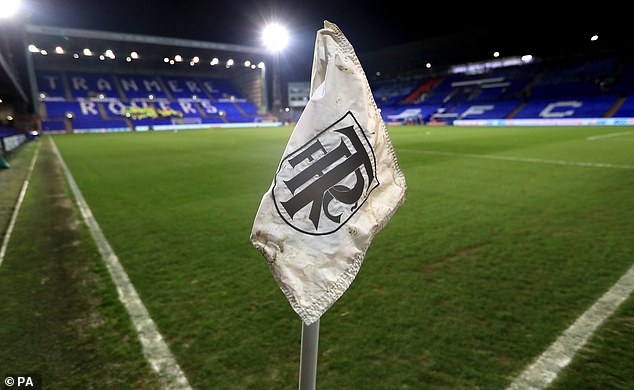 Tranmere and Dons also say ‘a highly offensive image’ which was posted on Instagram is being dealt with by Merseyside Police with the co-operation of both clubs.

Aneke was the target of a racist Instagram post the day after the match which Dons earlier this week branded ‘disgusting and unacceptable’.

‘There was no racist abuse at the game heard by the players or any official/steward and nor has any supporter of either side complained that they heard any such abuse,’ said the statement issued by the two clubs.

‘Following an investigation by both clubs, which included a review of CCTV and privately-filmed footage, it has been determined that Chuks Aneke only had an empty sweet wrapper in his hand as he made his way off the pitch. 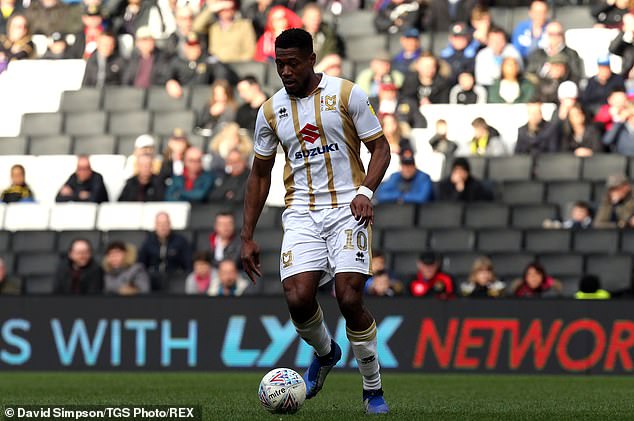 Chuks Aneke has been cleared of throwing an object at Tranmere fans. He became the target of a racist Instagram post the day after the match. Merseyside Police are investigating

‘There is no conclusive evidence that he threw the sweet wrapper or, indeed, any other object, although clearly he was frustrated at general hostility as he left the pitch.

‘Chuks has been advised by MK Dons that he should not allow his frustration to show, and Tranmere are looking into the feasibility of installing a tunnel to prevent hostility as players leave the pitch.

‘Both clubs are satisfied that those matters have been dealt with sensibly and cooperatively and that no further action is merited.’

On the issue of the Instagram post, the two clubs said this was now a police matter.

‘The matter of the social media post has been taken very seriously and is being dealt with by the police with the cooperation of both clubs,’ the statement added.

‘At this stage it has not been determined if the accounts or the person alleged to have created them, are connected in any way with Tranmere Rovers.

‘Neither club will make any further comment on this whilst the police conduct their enquiries.’