Tottenham players and staff arrived at The Hilton Hotel in Manchester on Tuesday night ahead of their Champions League quarter-final second leg clash with Manchester City at the Etihad Stadium.

Manager Mauricio Pochettino was seen signing an old photo of himself wearing an Argentina kit for a young fan as his players alighted the team bus.

Dele Alli was spotted wearing a protective cast on his broken hand and Heung-min Son and Lucas Moura were also among the players looking to protect – or indeed build upon – their 1-0 aggregate lead over Pep Guardiola‘s men. 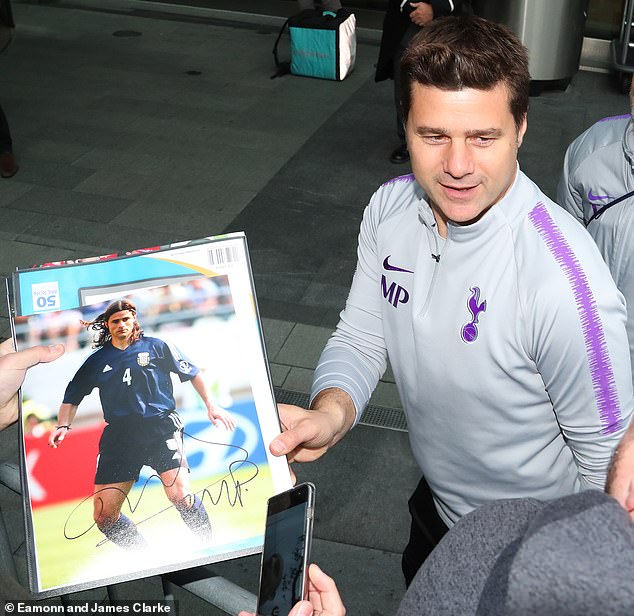 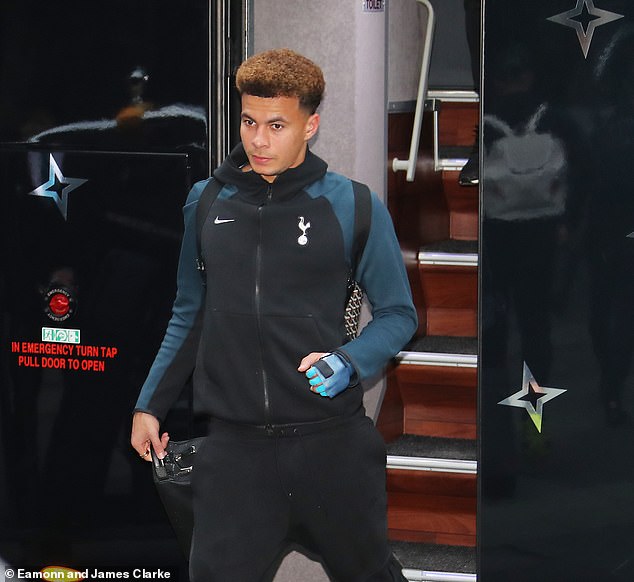 Tottenham captain Hugo Lloris revealed on Tuesday that his team are ‘ready to suffer’ in order to see off Manchester City.

After keeping clean sheet in their home leg, if Spurs can find the net in Manchester, it would leave City needing three goals to progress.

Spurs will undoubtedly come under substantial pressure against Pep Guardiola’s men, but the France goalkeeper, who saved Sergio Aguero’s penalty last week, is prepared for it. 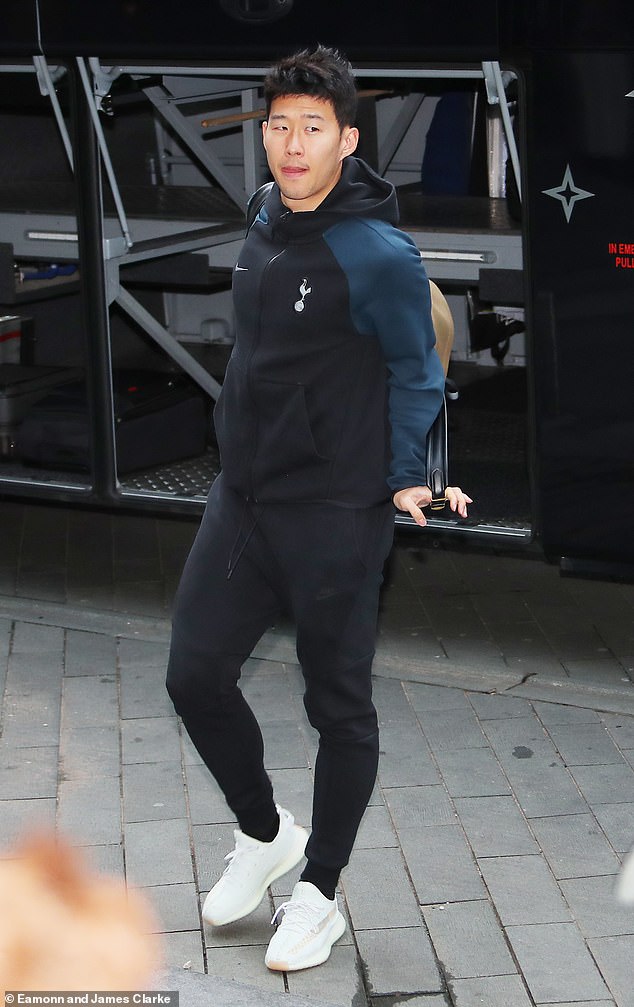 ‘It is all about the mentality, the spirit, to have the same idea of football together,’ Lloris said.

‘Then of course we are ready to suffer because tomorrow we are going to suffer, but we know we can make the game difficult for them too.

‘It is just about enjoying being at this stage of the competition, being ready to compete. Momentum is very important.’ 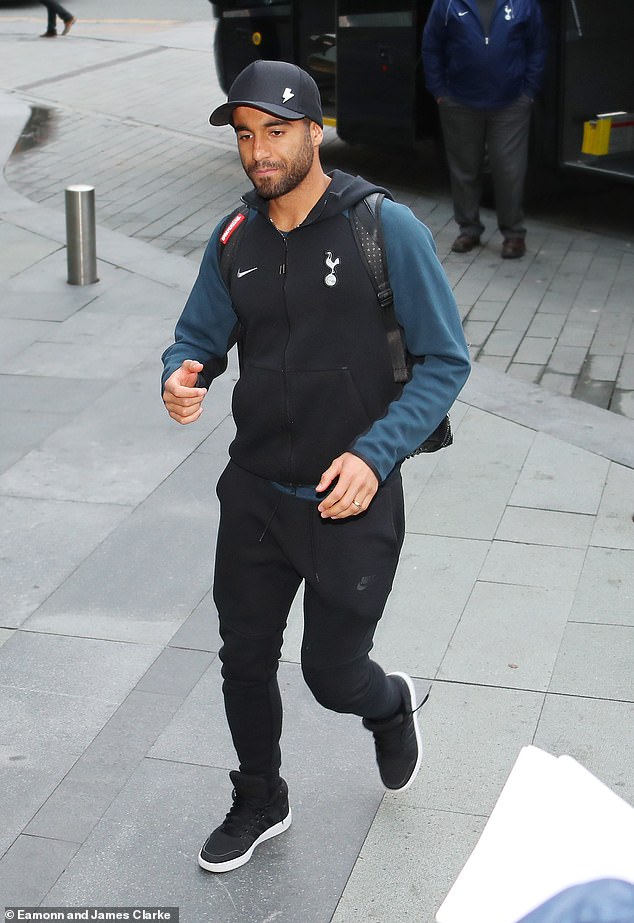 ‘Manchester City for me is one of the best teams in the world and a clear favourite to win the Premier League and the Champions League,’ he said.

‘For us to beat them in the first leg was an amazing result but we know very well the tie is still open and tomorrow is going to be very, very tough.

‘But we have the belief that we are going to fight. Tomorrow is going to be an amazing challenge and fight. I am so motivated and excited.’ 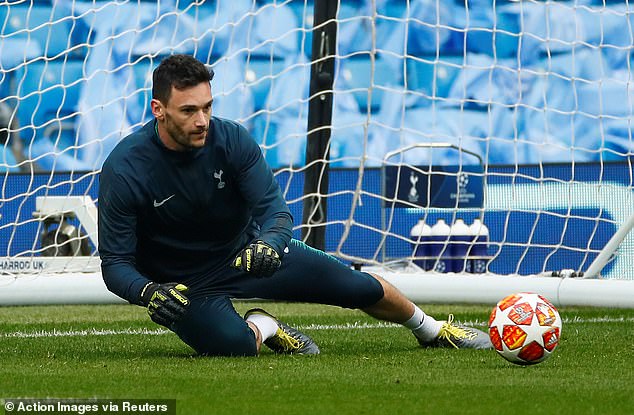 Alexis Sanchez only got on the ball ONCE in 12 minutes...

Borussia Dortmund are top but what can Tottenham expect from them...