Jofra Archer pressed his case for an England call with an inspired spell of bowling for Rajasthan Royals in the Indian Premier League.

Archer’s three for 15 from four overs included the wicket of the big-hitting Chris Gayle, but it was not enough to prevent the Royals sliding to a 12-run defeat to Kings XI Punjab at Chandigarh.

Gayle had made 30 when he was squared up by Archer’s extra pace and bounce and edged behind to wicketkeeper Sanju Samson. 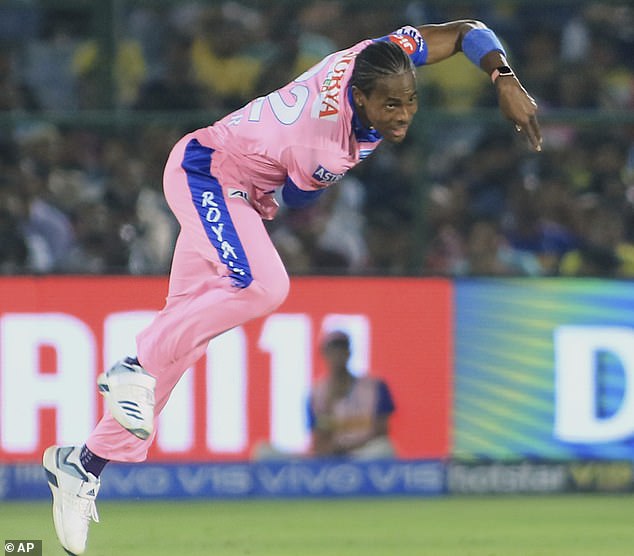 Barbados-born Archer, who is being tipped to make England’s World Cup squad and could win his maiden call-up on Wednesday for the one-day series with Pakistan next month, also removed Nicolas Pooran and Mandeep Singh.

Archer’s figures would have been even better but for overstepping on the crease and bowling David Miller off a no-ball.

KL Rahul (52) and Miller (40) were the mainstay of the Kings XI Punjab’s 182 for six, with Ravi Ashwin smashing a decisive 17 from four balls.

Jos Buttler replied with 23 for the Royals, who were without England all-rounder Ben Stokes because of a hamstring niggle.

Archer failed to shine with the bat, making only one before holing out in the deep, as the Royals’ run chase fell just short at 170 for seven. 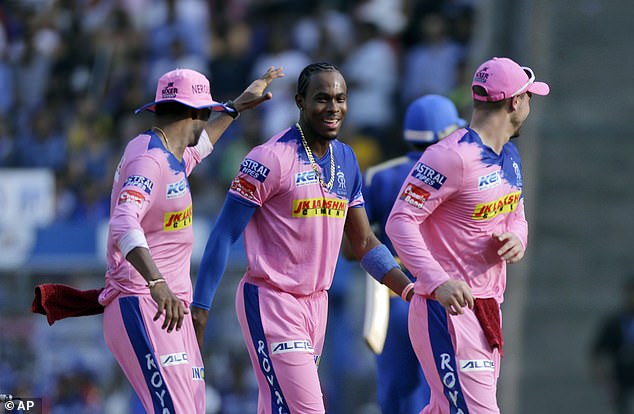 Riyad Mahrez was out of the picture at Man City eight months ago, now he’s their driving force

Fabian Schar celebrates winning Goal of the Month for February after...