The moment Virgil Hunter saw Amir Khan walk in to the gym carrying his own kit bag was when the American trainer began to believe that his British boxer can spring one of the ring’s huge upsets.

Khan is a massive underdog for his world welterweight title challenge to the esteemed and undefeated Terence Crawford here at Madison Square Garden on Saturday night.

Hunter believes part of the reason for a wide disparity in the betting odds is that, for a time, one of his most gifted fighters lost touch with reality. The sight of Khan pitching up for training with his bag over his shoulder and alone, without any of his old entourage, has altered that perception. 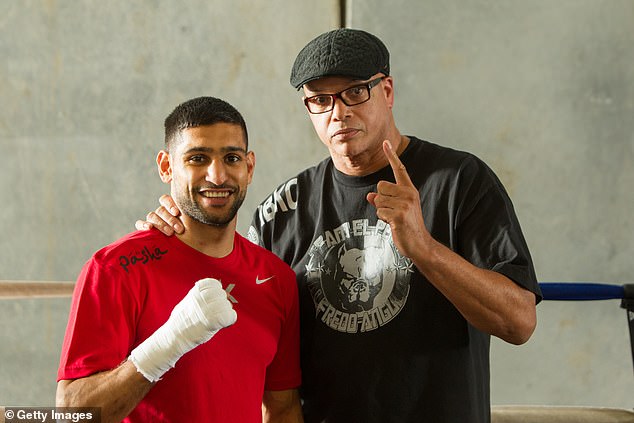 ‘Amir is insanely talented,’ says Hunter. ‘But I think he had too much too soon. He used to come to the gym surrounded by friends and distractions. Now he comes just with his gear.

‘If you carry your own bag in this game, you are your own person. He’s found himself now and we’re going into the Garden to win; to surprise one of the top two pound-for-pound fighters in the world today.’

Khan’s reaction to his trainer’s assessment is fascinating: ‘Wow, did Virgil really just say that as I walked in? Well, carrying the bag is a symbol.’

He acknowledged how some of the excesses of a fabulously enriched youth provoked public criticism — but now he has found humility. 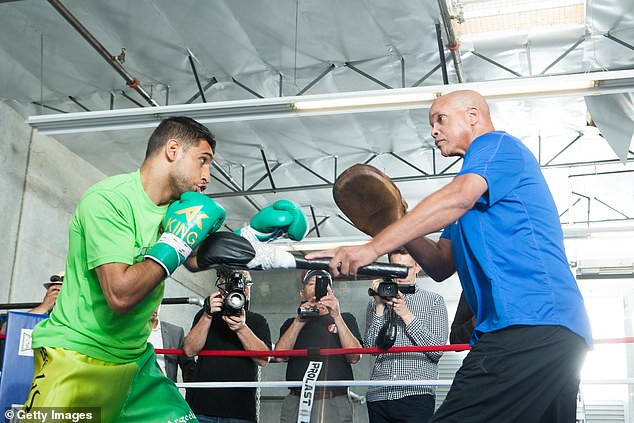 In his maturity, at 32, he takes a wry look back at how he became a teenage millionaire on the back of winning his Olympic silver medal in 2004, then quickly found further fame and fortune as a two-time world champion.

‘Maybe until five or six years ago I was the kid who had everything very young,’ says Khan. ‘But now I’ve seen a big change in my attitude.’

The young Khan ran into trouble with the police for his high-speed driving and he says: ‘Looking back I wonder why I did some things.

‘But I’d signed a big money contract at the age of 19. I like cars and watches and suddenly I was able to afford them.

‘At such a young age it can get to you. I might have come across as cocky because I wanted to show off how hard I had worked to get these things. But I got a lot of hate for that. Hopefully, I’ve changed a lot of people’s minds now. 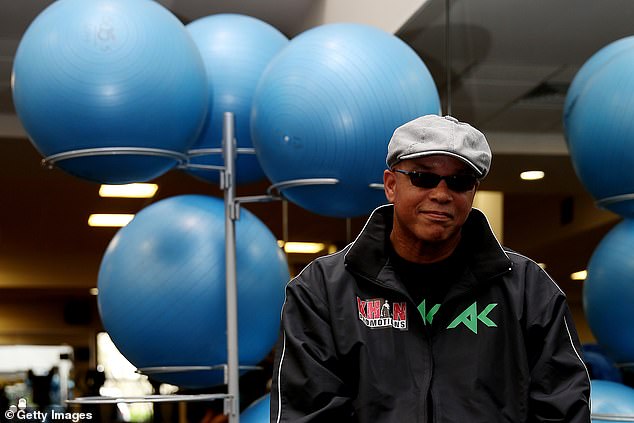 The American believes for a time, one of his most gifted fighters lost touch with reality

‘Many who meet me for the first time are surprised to find that I’m down to earth. That’s come with taking charge of my life.

‘When you have a big team you start relying on other people. But that’s contrary to going into the ring, taking big punches and having to dig deep — all on your own.

‘I used to leave everything else to family and advisers but now I control my entire life; take care of all business. That makes you a bigger man. Also when you go to work every day surrounded by other Olympic and world champions, you learn to be humble. Perhaps that’s why more people love me now.’

Hunter recognises the change: ‘Amir had people in his ear telling him how great he was.

‘He had some great wins and performances. He thought he’d arrived but once you do that, there’s a danger you stop working to reach the very top. The illusion of the moment can stop you looking ahead, which is the whole key in this sport. He didn’t realise he hadn’t yet fulfilled himself.’ 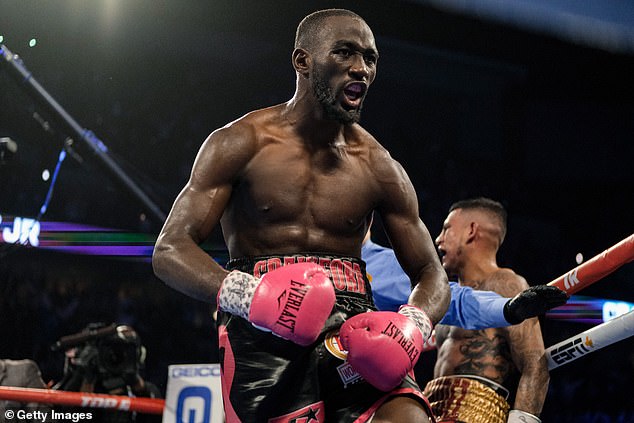 Can that come against 31-year-old Crawford, the No 2-rated fighter in the world who believes himself to be even better than the No 1 pound-for-pounder, Ukrainian lightweight Vasyl Lomachenko?

If Khan is to join the elite ranks of the three-time world champions it will be despite suffering that thunderous knockout by Mexican Canelo Alvarez in May 2016, a fight Hunter advised against.

Khan has been rebuilding since the folly of moving up two weight divisions to middleweight to expose his supposedly vulnerable chin to one of the most powerful of punchers.

Hunter says: ‘It broke my heart to see him lying there. It was a major setback that wasn’t necessary. He was on a roll and could have won big fights and won more titles at light-welter and welterweight.

‘He tells me now that he didn’t really want to fight Canelo but he has his pride and didn’t want people thinking he was scared.

‘Even then he was boxing brilliantly and winning the fight, until he got caught with that huge (Canelo) right hand.’

Another lesson learned, the hard way. One which just might stand Khan in good stead against Crawford, who has only recently come up from light-welter himself to add the WBO welterweight belt to his impressive collection.

Harry Maguire urges England to get back to ruthless best after...