England’s Matt Wallace has an extra hurdle to overcome in his bid to become the first debutant to win the Masters for 40 years after winning the par-three contest.

A hole-in-one on the eighth helped Wallace match long-time leader Sandy Lyle’s total of five under par and Wallace then won the title with a birdie on the third extra hole.

Since the pre-tournament contest started in 1960, nobody has ever become par-three and Masters champion in the same week, while Fuzzy Zoeller was the last player to win a green jacket at the first attempt in 1979. 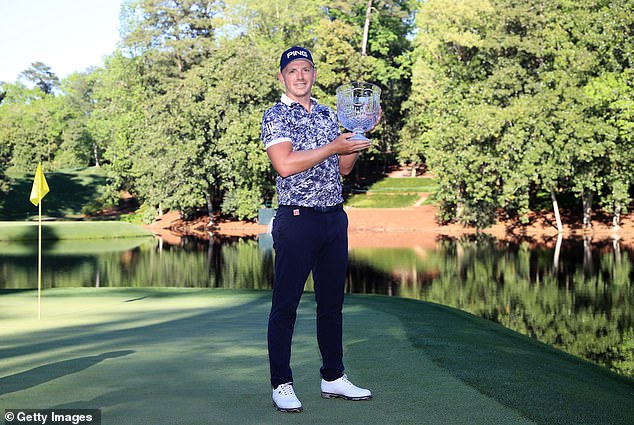 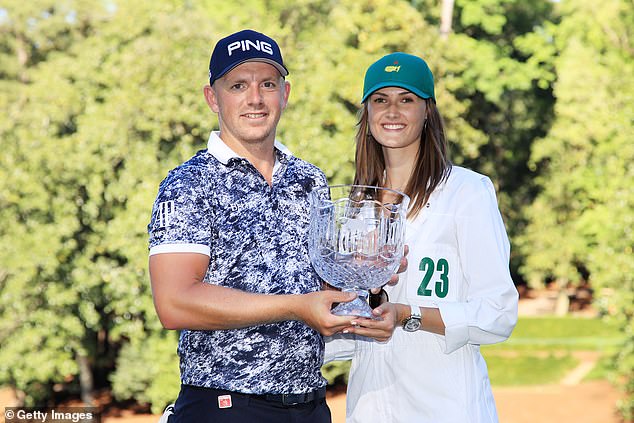 Wallace and girlfriend Chelsie Joce, who was the Englishman’s caddie, posed together

Wallace and Lyle finished a shot ahead of Bubba Watson, Martin Kaymer and amateur Devon Bling, who made a hole-in-one on the seventh.

Ireland’s Shane Lowry recorded an ace on the second and Mark O’Meara made one on the fifth.

Tony Finau made light of the sickening injury he suffered when celebrating his ace on the seventh last year, the American switching into a high-top shoe offering more ankle protection before hitting his tee shot this time around. 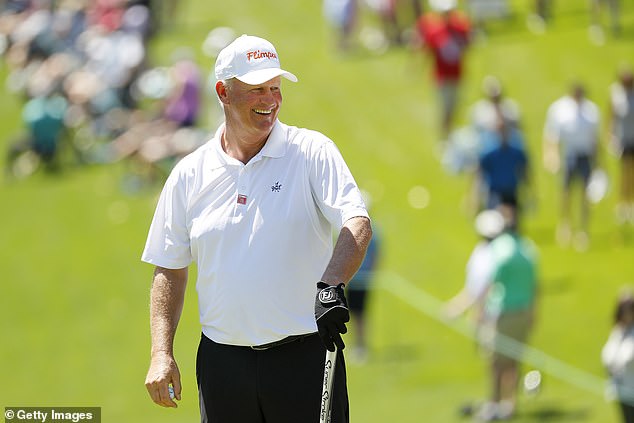 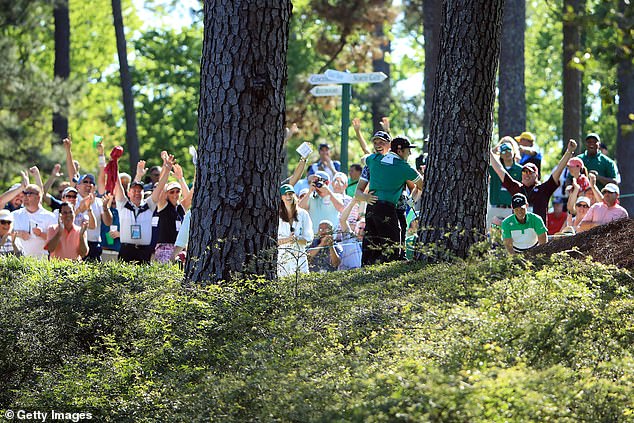