By Jack Gaughan for the Daily Mail

Will Marcelo Bielsa be watching Sheffield United on Wednesday night? ‘I don’t know,’ the Leeds manager said. ‘I’m just interested in the result.’

Delivered with a wry smile, it is safe to assume Bielsa, an absolute obsessive, will be tuned in. Ben Pearson’s sending off had a significant bearing on Leeds going second but their resilience will certainly worry Chris Wilder in an engrossing promotion tussle.

Preston were holding Bielsa’s side until Pearson barged over Patrick Bamford when the striker raced clear with only four second-half minutes gone. 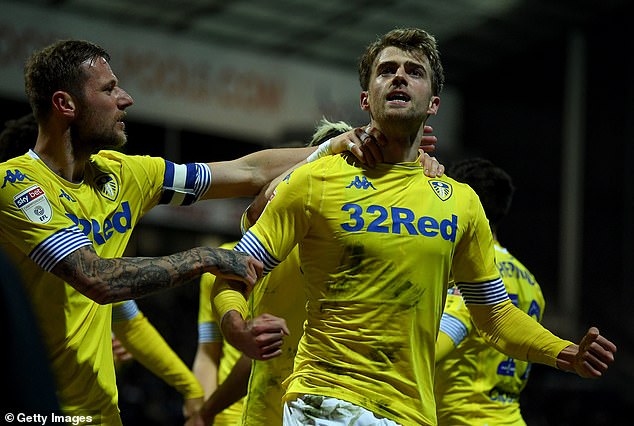 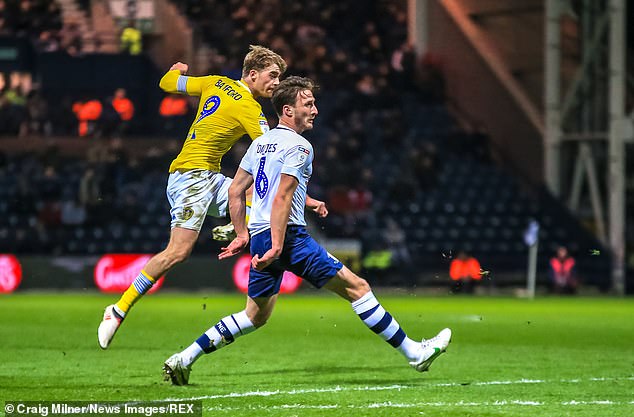 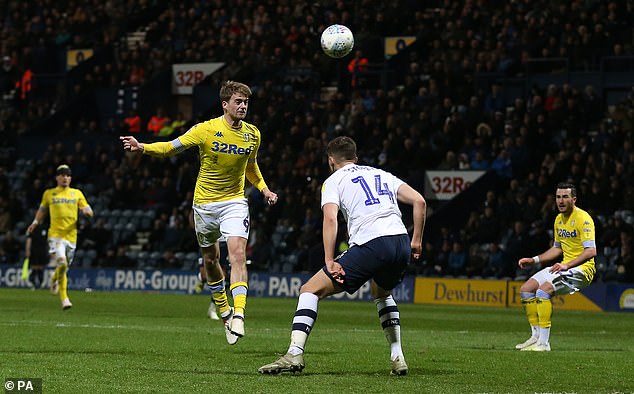 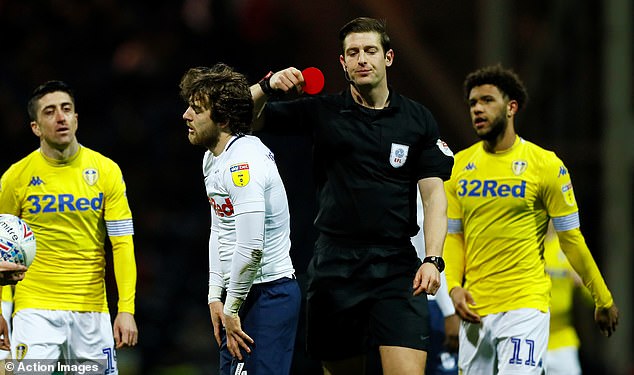 Bamford went on to score a double, one stinging effort and another thumping header, Leeds left for Yorkshire back in the Championship top two and the Blades now have to respond on Wednesday.

Birmingham City, who beat Leeds last weekend, are the obstacle for Wilder’s side at St Andrew’s this evening. Bielsa will watch that having witnessed his team bounce back emphatically.

It is true that this took time, and the goals only arrived following Pearson’s third red card of the campaign, but Leeds reacted.

‘After the red card we solved things in the game easier,’ Bielsa said. ‘But we were the better team when they had 11 players. We didn’t win the game because we had one player more. In the first half we deserved to lead.’

Pirouettes of frustration, for which Bielsa’s enthusiastic backroom team is famed, had acted as their own play on the touchline for much of that first half, however.

Their season hangs on a misplaced pass, a mistake, or something spectacular, be it a team move or a moment conjured by the mercurial Pablo Hernandez.

Watching Leeds at the moment, you are never certain which it will be. Despite dominating they surrendered the best early chance when Lukas Nmecha hit the side-netting.

That is the allure of this captivating team Bielsa has fashioned without the advantage of much money to spend. They can still lack control and the chaos is a great fascination. 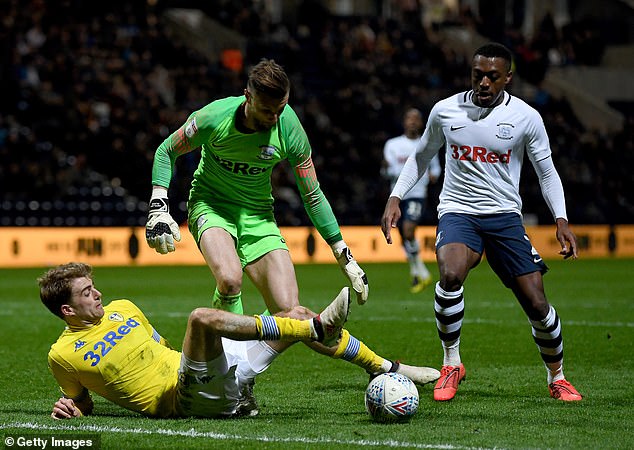 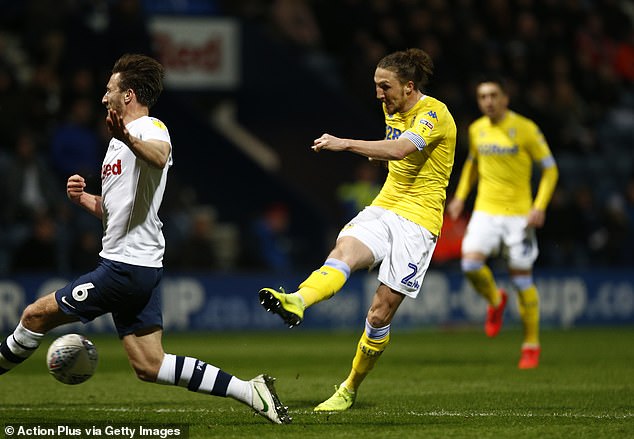 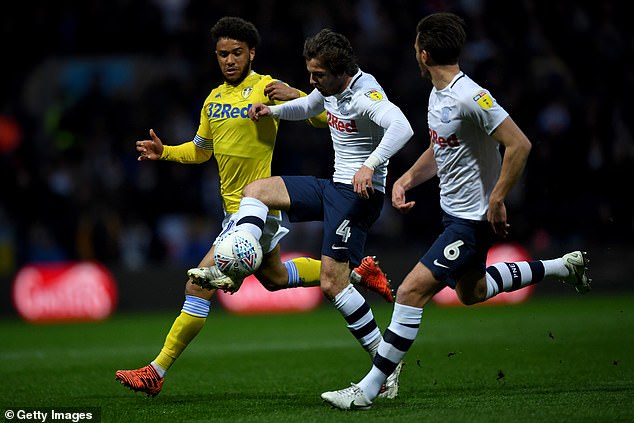 ‘I thought we were excellent,’ Preston boss Alex Neil said. ‘Most teams that play Leeds don’t go toe-to-toe with them. Most places they go, they normally blitz teams. They are probably the hardest team in the league to stop.’

Bielsa has remained fiercely loyal to these players despite wavering results. Last night was the ninth consecutive game for which he has opted for the same starting XI and players are rarely dropped for dips in form. They repaid him. ‘Our fans have a high level of confidence in us,’ he added. ‘That increases our commitment.’

Preston were under siege for some time before Bamford’s intervention. Kalvin Phillips bent a free-kick wide, Tyler Roberts saw another one of his numerous shot blocked. Huge appeals for a penalty were waved away.

Neil’s side could not hold firm, however, and they saw lingering play-off aspirations effectively end. Daniel Johnson gifted possession, Bamford seized his chance and his sweet strike flew in after 62 minutes. There was time for another, with 14 minutes remaining, as Bamford headed over Declan Rudd to shine the spotlight back towards Sheffield United.