Patrick Reed was honoured at the Champions Dinner on Tuesday night as Masters winners from the past gathered to enjoy a Texas-inspired meal.

As the name suggests, the annual dinner sees past winners come together on the eve of golf’s most famous tournament. With only the very best capable of achieving such a feat, this is one of sport’s most exclusive clubs.

Reed won the tournament last year and, working with chef David Chang, hosted a meal worthy of the green jacket at Augusta National. 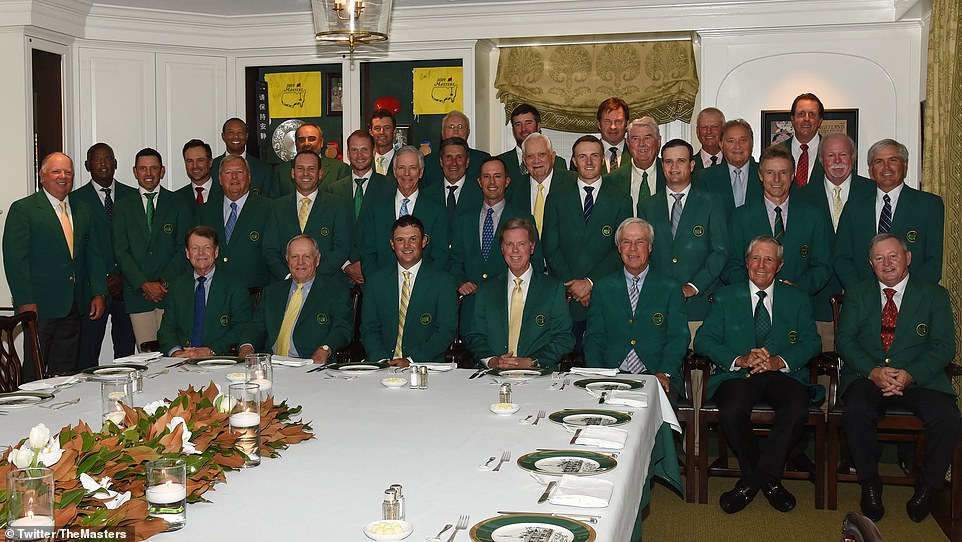 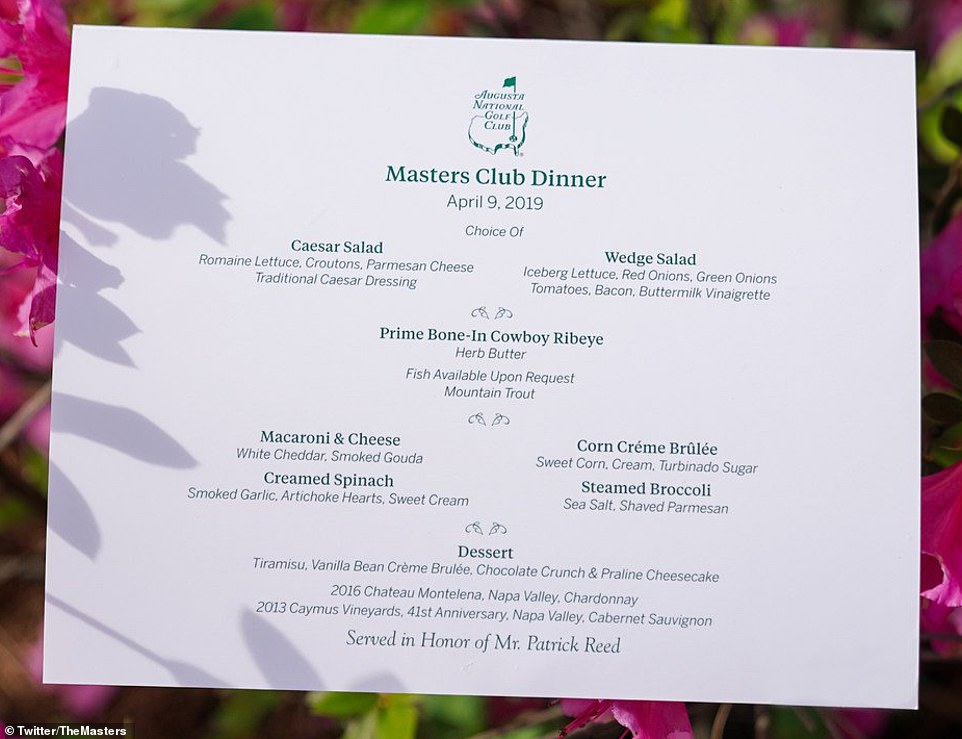 The menu for the dinner, which featured a prime bone-in cowboy ribeye as the main course 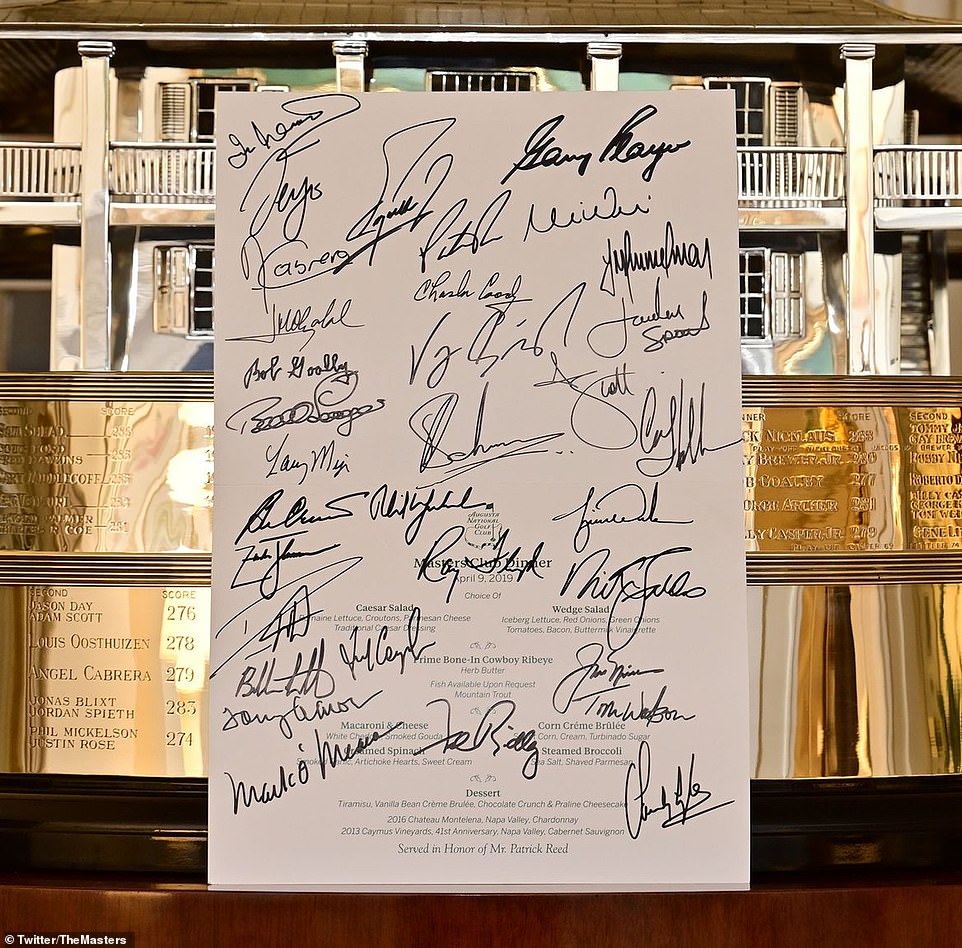 Those in attendance — including recent winners Danny Willett, Sergio Garcia, Adam Scott, Jordan Spieth and Bubba Watson, plus greats of the game such as Tiger Woods, Jack Nicklaus, Gary Player and Nick Faldo — had the opportunity to select between a Caesar Salad or Wedge Salad to start.

They then tucked into a prime bone-in cowboy ribeye steak — although mountain trout was available for those who did not fancy meat.

The steak was served alongside macaroni and cheese, corn creme brulee, creamed spinach and steamed broccoli. 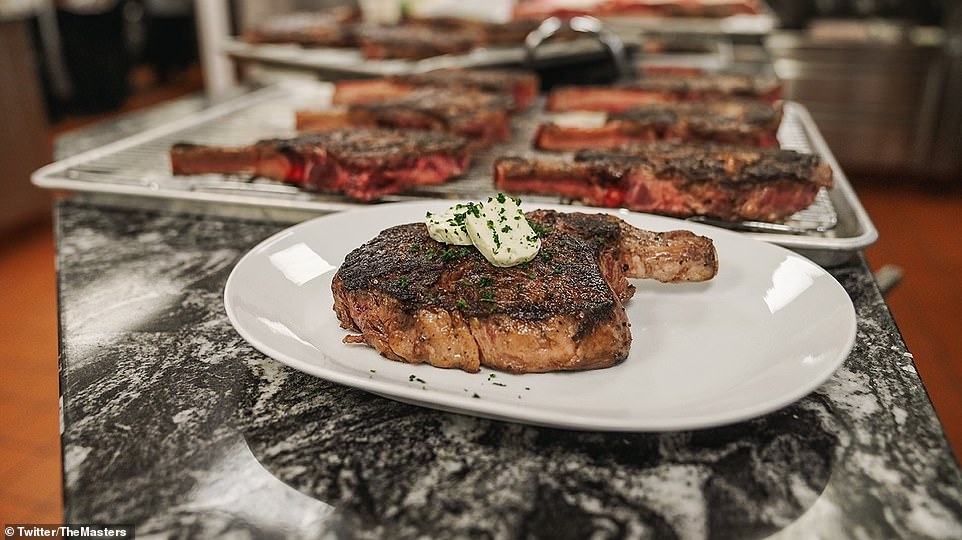 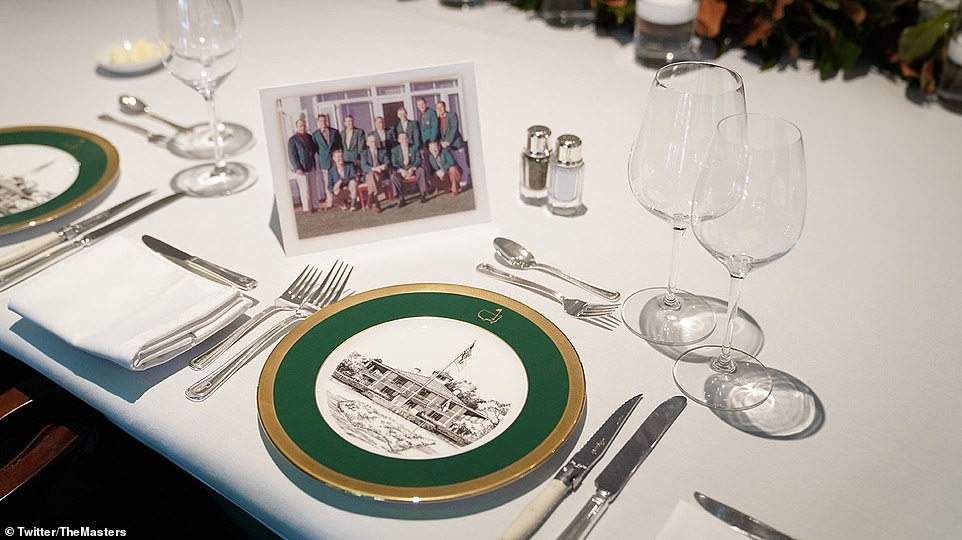 The wines suggested to accompany the meal were a 2015 Chateau Montaleta Californian chardonnay and a 2013 Caymus Vineyards 41st Anniversary cabernet sauvignon.

Prior to the event, Reed said: ‘It’s going to be a very fun night.

‘Honestly, I just can’t wait to go out and spend time with the past champions and hear different stories and be able to talk to the guys about, you know, how their experience was winning their first, whether it was a couple years ago, whether it was a long time ago.

‘I mean, everyone has their different stories, and I just can’t wait to kind of be in there and to listen to what they say.’ 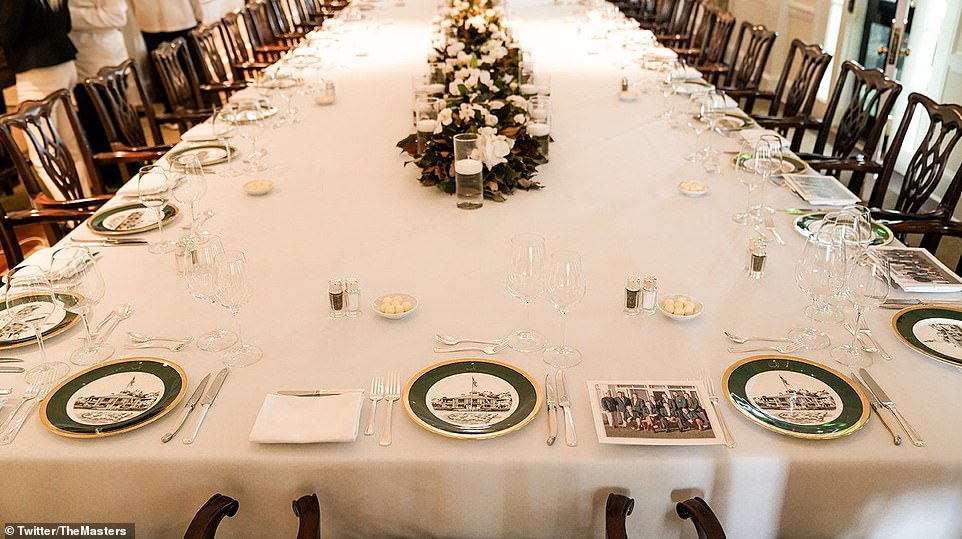 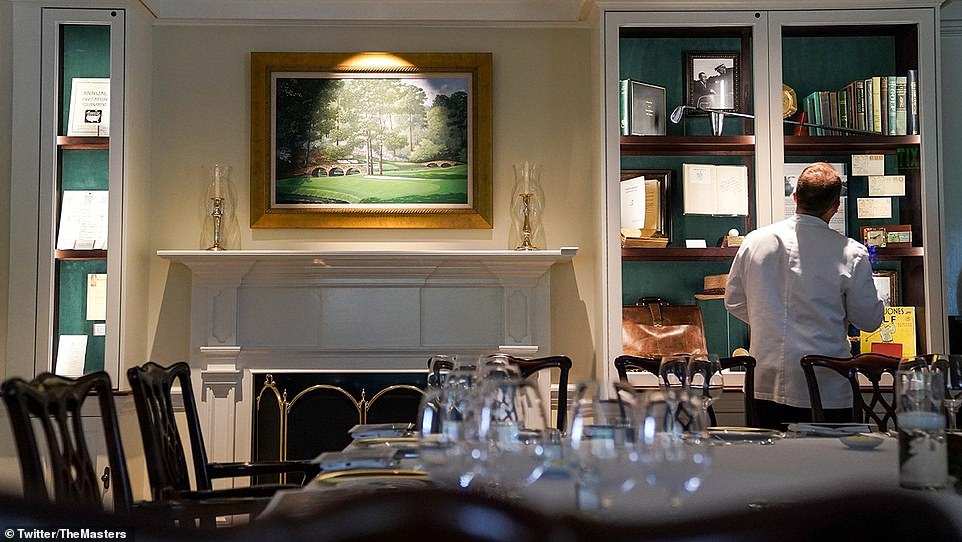 The Masters is steeped in tradition and the Champions Dinner forms an important part of that. It started in 1952 when defending champion Ben Hogan proposed that a club be formed with membership to include all those that had won the Masters.

Over 60 years later and the event is now firmly sewn into annual proceedings with the past winners getting a chance to don their green jackets once again.

Indeed, only the reigning champion is allowed to take his jacket down Magnolia Lane for the year with the rest remaining at Augusta.