‘If I beat Terence Crawford that probably kills the Kell Brook fight’: Amir Khan warns that domestic showdown may never happen if he becomes welterweight champion

By Jeff Powell For The Mail On Sunday

If Amir Khan pulls off the massive upset he needs to become a three-time world champion he will also knock out any real hope of him ever fighting Kell Brook.

Terence Crawford is a heavy odds-on favourite to retain his WBO welterweight title but still the American has demanded a rematch clause in the contract, just in case Khan surprises him and the boxing world in New York on April 20.

Khan, deep in training in California for his star-spangled night topping the bill at the fabled Madison Square Garden, spells out that danger when he says: ‘If I beat Crawford, and I firmly believe I can, that probably kills the Brook fight.’ Not only would he and Crawford do battle a second time but huge title defences and championship unification fights would beckon Khan in America during the next two years. 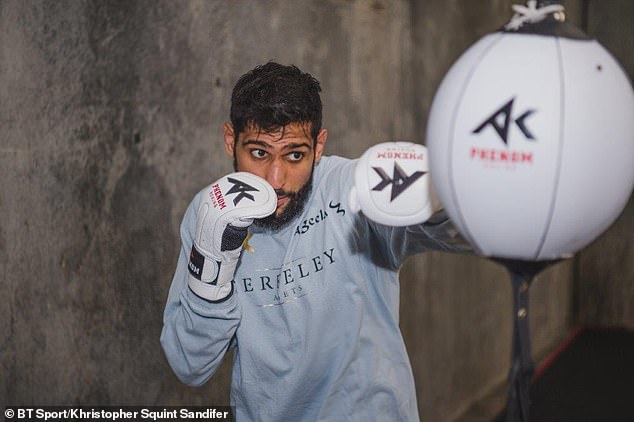 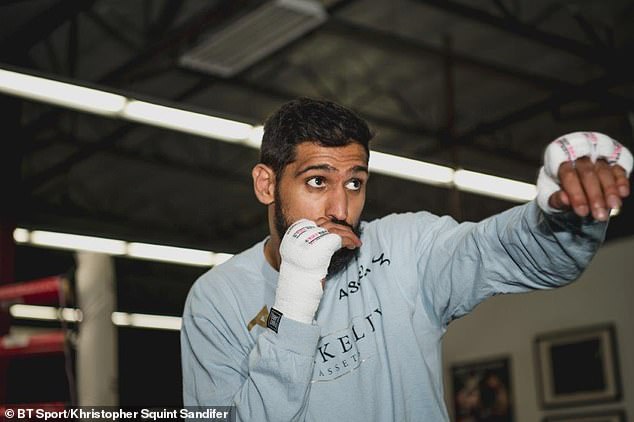 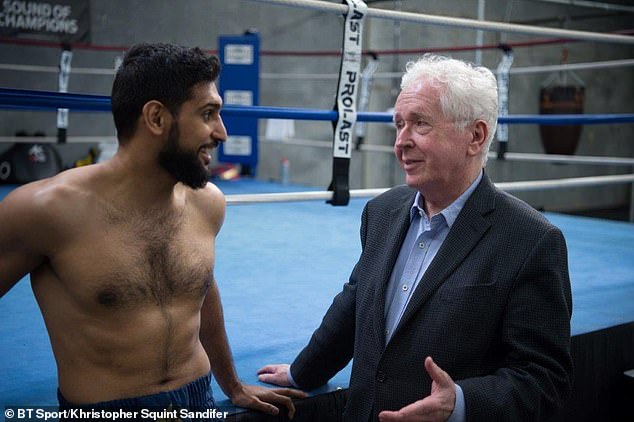 British fans are still said to be gagging for the domestic blockbuster but Brook now finds himself having to hope that his fellow Englishman loses what Khan calls ‘the biggest fight of my life.’ Brook has been calling out his bitter British rival for years and Khan offers him a glimmer of hope when he says: ‘If Crawford does beat me the fight with Kell could still happen.

‘No matter what he says I’ve never been against it. I know I’d beat him easily. But the timing has to be right for me. Then I would take it if it made financial sense.

‘We are prize-fighters and I will not be ripped off. There’s no point to it unless I get exactly what I’m worth.’ The pair were on the brink of coming to terms early this year but American promoter Bob Arum suddenly offered Khan the Crawford super-fight- and with it the chance to add a world welterweight championship to his two light-welter titles.

‘There isn’t much difference in the money,’ says Khan, ‘but there is just so much more to gain for my legacy from the Crawford fight. It’s in the Garden. It’s the first pay-per-view fight on ESPN television in America for 20 years. It’s huge.’ Khan knows that the technically brilliant and undefeated Crawford, who is ranked second only to Vasyl Lomachenko in most world pound-for-pound rankings, is a more dangerous proposition. But his willingness to take risks against stellar opponents is part of what makes him so exciting to watch, win or lose. 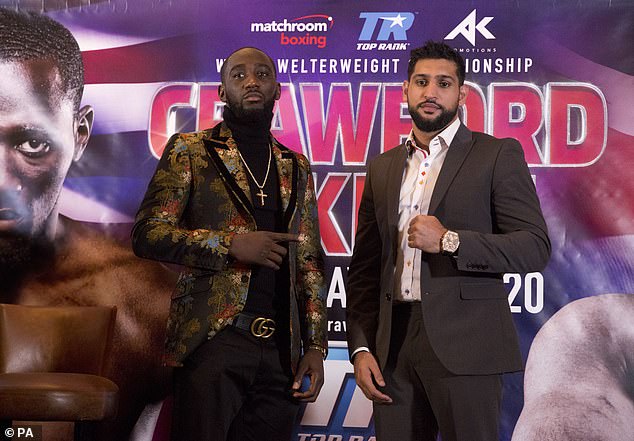 Also, the tougher the task in prospect the keener his preparations. For three months Khan has been honing himself to perfection in a San Francisco Bay water-front gym under Virgil Hunter, the renowned American trainer who has made a miraculous recovery from a life-threatening coma.

Hunter understands Khan taking on Crawford, saying: ‘I can’t fault him because this fight has huge meaning. I also have to agree that even though he and Kell don’t like each other Brook will still be there if ever he wants him. Kell is not taking any competitive fights at the moment so he’s just waiting for Amir – and he didn’t look too good in his last outing.’

Khan, at 32, dangles one last carrot under Brook’s nose when he reflects on being a son of Pakistani parents who won Olympic silver and world titles for the UK. He says: ‘I still get some people from Pakistan who ask why I call myself British. I explain that this is where I was born and where I’ve been given all my opportunities.

‘So my retirement fight would definitely have to be in Britain, which has been so loyal to me.’ Whether that comes soon enough for Brook will depend partly on how his very local enemy performs on Broadway two weekends from now. 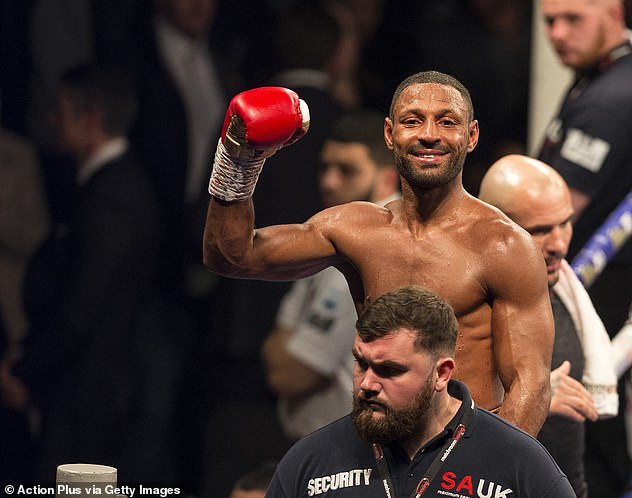 Pascal Chimbonda says Mauricio Pochettino is not to blame for Tottenham’s...