By John Mcgarry For The Scottish Daily Mail

Neil Lennon believes it would be wrong to weigh up his managerial credentials purely on the basis of how his Celtic side fares against Rangers.

Unveiled as interim manager after Brendan Rodgers’ sudden departure to Leicester, Lennon will immerse himself in the Old Firm game for the first time in seven years at Parkhead on Saturday.

But while the 47-year-old concedes that the outcome of the game and the corresponding match at Ibrox after the split will go some way to determining his long-term future, he believes an equitable decision can only be reached if they are viewed alongside the other results from his three-month tenure. 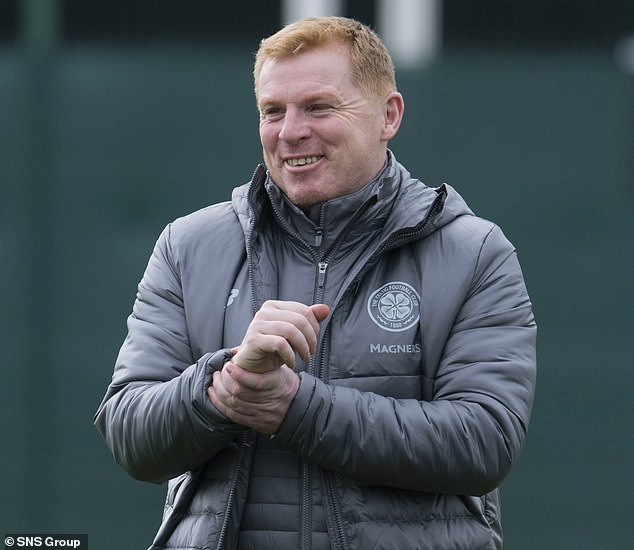 ‘Of course I’ll be judged, yeah,’ he said. ‘These are the games that matter and the ones everyone talks about whether it be the performances of players. These are the ones that people remember.’

Asked about the theory that the Rangers games would be definitive in terms of the decision the board eventually arrive at, he replied: ‘I’m not convinced.

‘I don’t think my future is based on the result of one game or two games against Rangers. It’ll be the whole package over the three months I’ll have been in charge.

‘There is a lot of speculation surrounding that, but that’s all it is. I’ve taken no notice of it.’

Lennon’s plans for the game have been disrupted by a recurrence of Kieran Tierney’s calf injury in training on Friday.

The full-back missed three months of the season with a hip issue and had to pull out of Scotland’s matches with Kazakhstan and San Marino with a minor calf complaint. 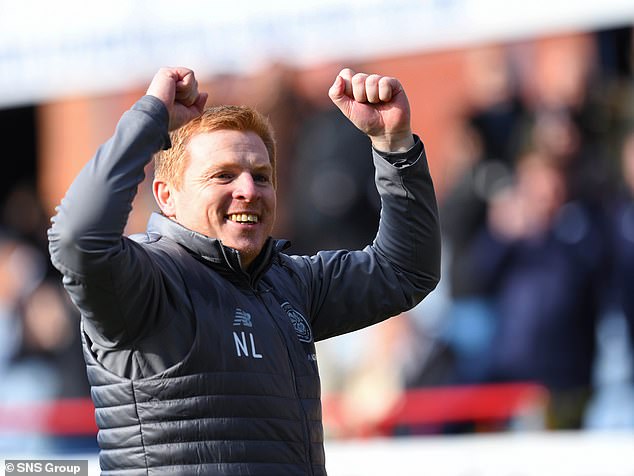 The player was on track to make his return against Rangers only to suffer the setback which puts a question mark against his involvement.

‘Tierney had a bit of a reaction today (Friday),’ added Lennon. ‘He looked a bit uncomfortable and we will have to wait and see how he is.’

Asked if the stop-start nature of the player’s progress was concerning, Lennon said: ‘Yeah. He probably needs a rest. We’ll try and get him over the line as quickly as possible and shut him down for a while.

‘I’m not ruling him out, but it didn’t look great this morning.

‘We’ll see. It’ll be judged by the medical team as well.’ Nir Bitton is out injured but James Forrest has shaken off a minor muscle complaint to make the cut.

‘Filip Benkovic still has to prove his fitness, although Tom Rogic and Olivier Ntcham could feature together with Jozo Simunovic.

Leigh Griffiths is back training at Lennoxtown after taking time out of the game to address mental-health issues. 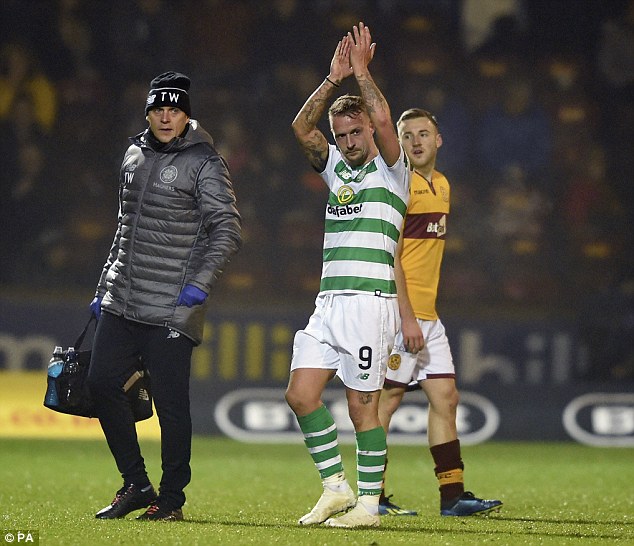 Lennon is cautiously optimistic the striker could yet be seen in a Celtic jersey again this season.

‘He has got a bit of work to do in terms of his conditioning but he is working very hard,’ he added.

‘He is in twice a day now and it will be that for the next couple of weeks. We will assess him as we go along.

‘You hope that we can get him on the pitch before the end of the season but there are no guarantees of that.

‘We don’t want to bring him back and he gets re-injured so he has to get himself into the best physical condition and at the minute he is knuckling down and preparing to do that.

‘It is great seeing him back in and around the place. We missed him.

‘He can get back to his routine life.’