There is an ongoing debate over the legalization of cannabis. Each side is vehemently pushing its own ideas and there seems to be no room for compromise.  Be it monetary, political or other agenda, there seems to have been no impartial assessment of the benefits or dangers of cannabis consumption.  It would be good to look at the medical evidence before we make our mind for one side or the other.

Recently the relevant authorities clearly stated that cannabis being removed from schedule 1 and placed in schedule 4 applies to medicinal cannabis, NOT recreational cannabis. What is medicinal cannabis? This term is quite ambiguous, many varieties of the cannabis plant all share this same name. Apart from other ingredients there are around 70 cannabinoids in the plant extract, chemicals which may have some effect, pharmacological or otherwise. Hence, the difficulty to classify any treatment without understanding the active ingredient behind each effect.

Medical cannabis may have many potential beneficial effects. Chronic pain and muscle spasm not amenable to normal treatment, nausea during chemotherapy, migraine, arthritis and several other chronic conditions may be helped.  The dose of cannabis normally used for medicinal purposes is not believed to cause any long-lasting impairment in adults.  However, such might not be the case for adolescents, the group most susceptible, if ever cannabis is legalized.

People often think cannabis is safe because it is derived from plants. This is a fallacy !  According to a meta-analysis in the JAMA Psychiatry, adolescents using cannabis have increased risks for depression and suicidal tendencies later on in young adulthood.  In a large study data it was found that those who used cannabis in adolescence were significantly more likely than those who didn’t use it, to experience later depression, suicidal ideation and suicide attempts. (1)

With over 20% of U.S. teens stating having used cannabis in a recent past, a large number of youngsters could potentially develop depression and suicidality attributable to cannabis. This will surely be an important public health problem and concern in a near future.

Depression is the leading cause of disability and suicide and the most common cause of death among young adults worldwide. In a landmark study by the Oxford University it was found that smoking cannabis as a teenager could increase the risk of depression by almost 40 per cent. Researchers warned that around one in 14 of all cases in subsequent decades may be related to present cannabis use in adolescents.

Worse still, some recent strains of the plant are 10 times as strong as the drugs of 30 years back. In the 1980s and 1990s, tetrahydrocannabinol (THC) was about 3 per cent in joints. Nowadays joints have 10-30 percent or even more of THC. Yet another danger is ‘hash cookies’ and other foods containing drugs. These edibles have varying percentages of cannabis and are as risky.  Adolescents are unaware of this. Regular use in adolescence is associated with lower achievement at school, addiction psychosis and neuropsychological decline.

We don’t have any statistics for our country. But a look at the figures from the UK would be interesting. It has been found that as much as 4 per cent of adolescents aged 11 to 15 years old in England have used the drug within any period of a month.  There is around 37 per cent increased risk of depression among young adults who had smoked cannabis in their teens. Among such adults there are threefold rates of attempted suicide.

In the UK alone, at least 1 million young people are likely to take cannabis if it were legalized. There would have been 60,000 less cases of depression among adults in their twenties and thirties if they, as teenagers had avoided all cannabis. One can only imagine the numbers in our country! In local terms this is equivalent to around 20,000 cases.

There have been several studies on cannabis use and its effects on health and society.  To quote just a few:

A 2007 meta-analysis concluded that cannabis use lowered the average age of onset of psychosis by 2.7 years relative to non-cannabis use. (2)

A French review from 2009 came to a conclusion that cannabis use, particularly before age 15, was a factor in the development of schizophrenic disorders. (3)

In a survey of heavy users 42.4% experienced withdrawal symptoms when they tried to quit marijuana such as craving, irritability, boredom, anxiety and sleep disturbances. (4)

About 9% of those who experiment with marijuana eventually become dependent. The rate goes up to one in six among those who begin use as adolescents, and one-quarter to one-half of those who use it daily according to a NIDA review. (5)

It has been noted that those who are socially most susceptible are also more at risk with cannabis. Risk of cannabis dependence is increased in those with a history of poor academic achievement, deviant behaviour in childhood and adolescence, rebelliousness, poor parental relationships, or a parental history of drug and alcohol problems. (7)

A very recent case-control study in the Lancet Psychiatry (published on March 19, 2019) has shown that daily cannabis use was associated with three times the probability of psychosis, compared with never or occasional use. Daily high-potency cannabis (THC 10% or greater) was associated with a nearly fivefold increase in risk.  The researchers wrote: « Assuming causality, the proportion of new cases of psychotic disorder in the whole sample attributable to daily use was 20.4%. » (8)

Cannabis is thus potentially a public health risk and mental health problem with devastating consequences. No doubt cannabis has its place in the medical arsenal, especially for some conditions where modern drugs have eminently failed.  But to generalize its use for recreational purposes would prove detrimental to the health of present and future generations.

Lately there are several so-called ‘studies’ by doubtful ‘scientific’ institutions being circulated on social media, whatsapp etc vaunting the medical and social benefits of cannabis. Vested interests are doing their best to influence relevant authorities to decide in favour of legalizing recreational cannabis. This might prove catastrophic !

We narrowly escaped becoming ‘enn nation zougader’ with the elimination of scratch cards. Let’s not become a nation of drug addicts. It might require 20 more BSH type hospitals to cope with the potential disaster in the next 20 years. Let us hope that, for convenience sake or as a shortcut solution to the synthetic drug problem, we don’t open the Pandora’s Box of cannabis legalization ! 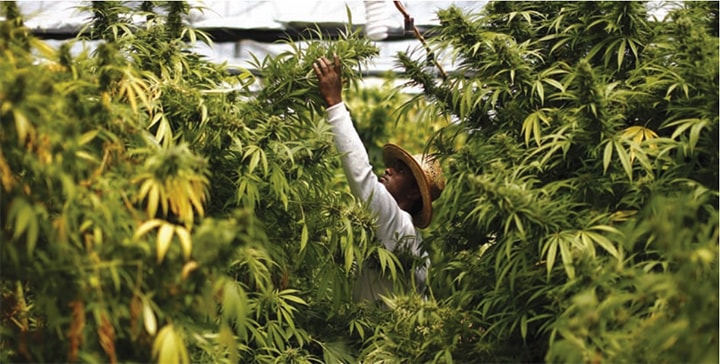