It is always exciting going into each new season and it’s an honour this year to have been asked to captain the MCC in the traditional opening fixture against the champion county.

I will be sharing a changing room with 10 other guys who will head into it with their own aspirations of success with their counties and further honours.

And of my team-mates, I have only taken the field with Dom Bess, Steven Parry and Tom Westley previously, I think. One of the best things about cricket is the chance it gives you to meet and play with different people. 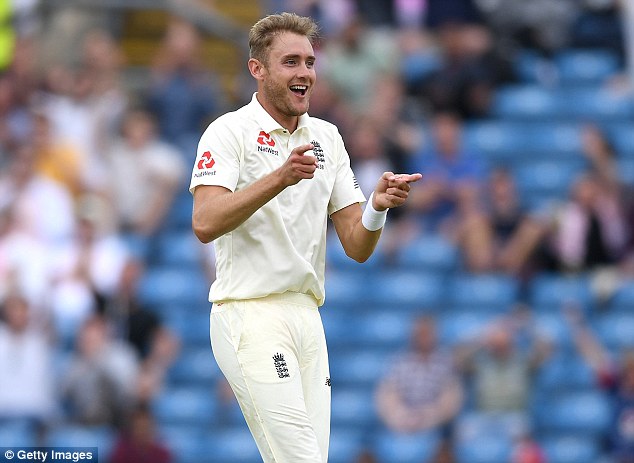 I am looking forward to getting some overs under my belt against some high-quality Surrey players as we get ready for the County Championship season.

Before I came out to Dubai, I’d been bowling outside in Nottingham against the other lads who are not playing overseas at this time of year — players like Tom Moores, Samit Patel and Luke Fletcher — and it was two or three-jumper weather, so I am certainly looking forward to the change in temperature and bowling in just a shirt.

These next few days will be about finding rhythm because there certainly won’t be any space for that when the Championship season starts against Yorkshire on April 5 — one of two home games at the start of a season in which we want to be challenging for the title.

James Pattinson, who returns for his second spell as overseas player, misses those two but it’s nevertheless a huge pat on the back for the club to sign someone of his calibre.

He’s someone who’s desperate to get into Australia’s Ashes squad and will be very motivated to come here and get wickets.

In 2017, he was one of the stand-out cricketers in the country and he had an effect on the club that I imagine overseas players in the 1980s did.

When someone like Richard Hadlee, or a West Indian quick, came on to bowl the members would be on the edge of their seats. 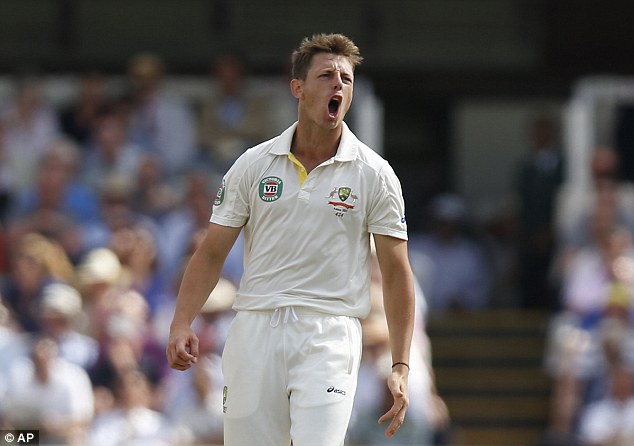 The same happened for Pattinson because of his pace and skill. When he bowled, you always thought something was going to happen.

So to have someone of that quality back is a real coup. His last game for Notts ended with us lifting the white-ball trophy at Lord’s and him being back is a great lift for the players because we know we have a squad ready to challenge.

We got promoted in 2017 with a Division One-type team but last year we were in Division One with a weaker one.

It’s hard to replace players like Chris Read, Michael Lumb, Alex Hales, Brendan Taylor and Pattinson. That’s a lot of experience and a lot of skill to cover so to survive in the top flight was very pleasing.

Not least because it means we go into this year looking at trophies. When I look at the squad, I really do feel it’s right up there with teams like Surrey on paper.

Having played with Jimmy in 2017, I’d find it hard to believe he wouldn’t be picked in every bowling attack in the world. He’s that good. But he’s down the pecking order a little bit with Australia, which is positive for Nottinghamshire in that he’s going to want to prove a point. 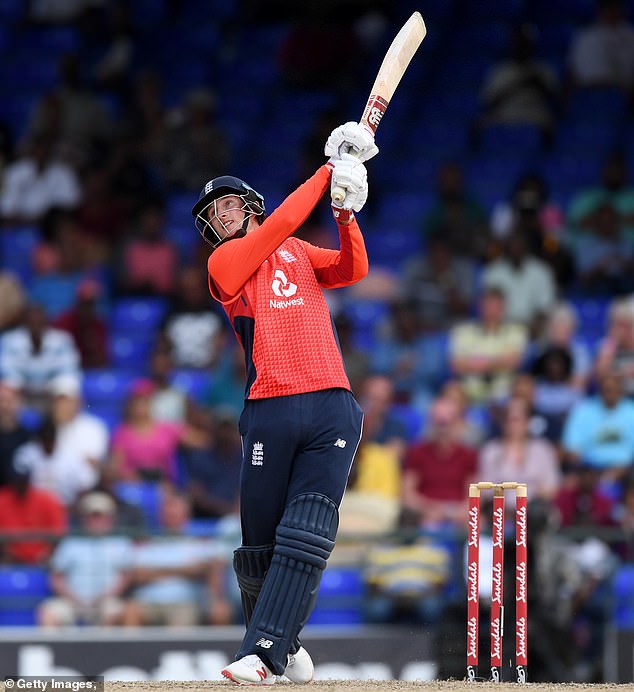 When he’s fit and firing, he’s got genuine pace, aggression, nips the ball back, swings the ball away, bowls a knee-roll length, has a presence as a bowler and can bat too. You can only rate players properly when you play alongside them, I feel, and he’s one of the best cricketers I’ve played with.

Another first for me, I think, will be the chance to bowl to Joe Root in a County Championship match. It was a bit of a surprise to me, to be honest, when he was named in Yorkshire’s team for the opening fixture because I thought he might have a rest before the World Cup.

I played against him at this time of year a couple of years ago but Jake Ball got him out first ball in the first innings and again in the second innings, just before I was due to come back on. The previous year, when I took seven wickets in an innings at Headingley, he wasn’t playing.

Test cricket takes a back seat to white-ball cricket over the next couple of months and there has been a lot of debate over the state of the longest form of the game recently, with some suggesting it is a format that is dying.

I don’t think that could be further from the truth. Recent ICC research showed a global audience of around 700 million people. From a player’s perspective we still love playing it and get a lot from it.

It’s the ultimate test of everything as a cricketer: character, skill, longevity, fitness.

Players still realise that only the best can play Test cricket. More players are suited to hitting the ball a long way than batting time and that’s still the ultimate skill, I guess, because all your weaknesses get found out in Tests quicker than T20. 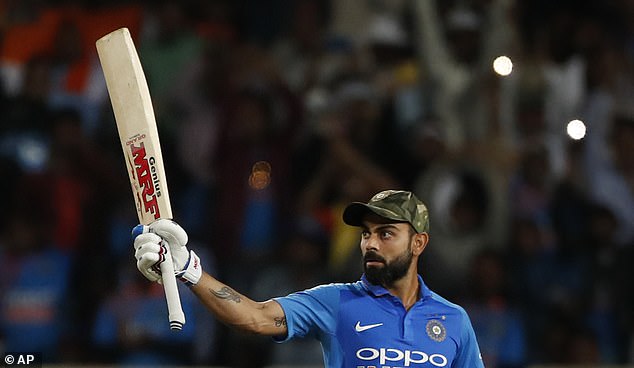 In terms of entertainment, the past year has excited supporters.

People were glued to the theatre of the England-India series last summer and Virat Kohli delivered in a way we have come to expect. But we managed to win 4-1. The most nervous I have been for a long time was when Kohli and Ajinkya Rahane were batting together in Southampton.

We were defending a target of 245 and Kohli was playing with his eyes closed. We hung in there and I felt ‘this game could go any way’.

Credit goes to the players for making the games so thrilling because they’re doing wonderful things in the game.

Last autumn, India pulled off an historic win in Australia, England won in Sri Lanka and New Zealand bowled Pakistan out cheaply to win in Abu Dhabi. The final stages of that match were gripping. 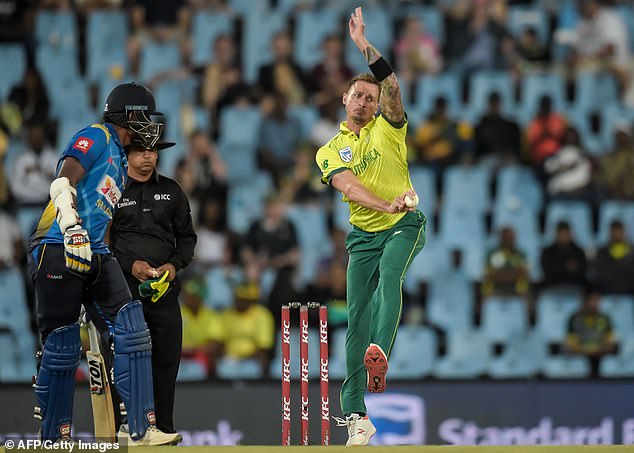 Some of the best bowlers, such as South Africa’s Dale Steyn, are eager to impress

Sri Lanka then went to South Africa and knocked them over. We have also seen one of West Indies’ strongest Test sides for a long time with bowlers to excite anybody.

Some of the best bowlers in the past 15 to 20 years are around right now. South Africa have Dale Steyn and Kagiso Rabada, Mohammad Abbas has dominated for Pakistan, then there is Shannon Gabriel in the Caribbean. For Australia, Pat Cummins has had a superb few months.

To me, Test cricket remains the ultimate format and the players I know who have played it are still in awe of it. Each day you walk onto the field feels so special.

Crucially, if the players feel that strongly about it, then the fans know that every ball matters.

I love the move to put names and numbers on shirts in Test cricket that was revealed this week.

It’s something that’s been around in county cricket since I started playing and makes players easily recognisable on the field. 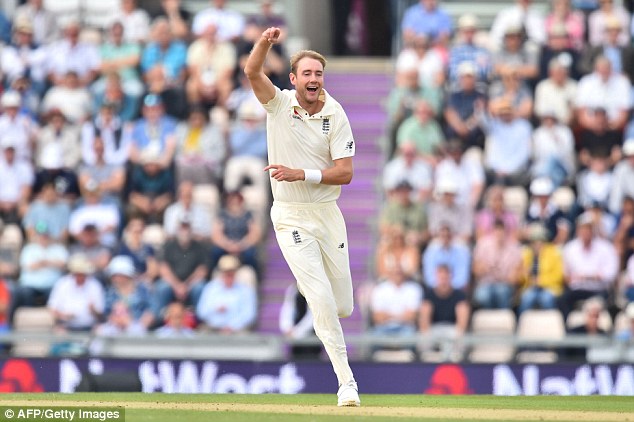 If a player comes to field near the boundary, kids know who they’re asking for a selfie and it looks smart on television.

It makes you think: ‘Why didn’t this happen 10 years ago?’

It will be great to pull on that No 8 England shirt again at the start of the Ashes.