‘You won’t be getting fed by me, mate!’ Liverpool star Alex Oxlade-Chamberlain ‘bitten and clawed’ by pet cat leaving his Little Mix girlfriend Perrie Edwards in hysterics

Alex Oxlade-Chamberlain has been spending his free time away from the pitch attempting to bond with the cat of Little Mix girlfriend Perrie Edwards.

The childhood pet was reunited with Edwards and her partner Oxlade-Chamberlain was given his first introductions to the beloved feline.

However, things didn’t exactly go to plan as the cat refused to be picked up by the England international, ‘before clawing and biting’ him when he eventually succeeded. 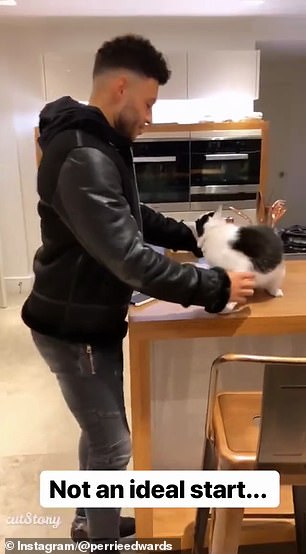 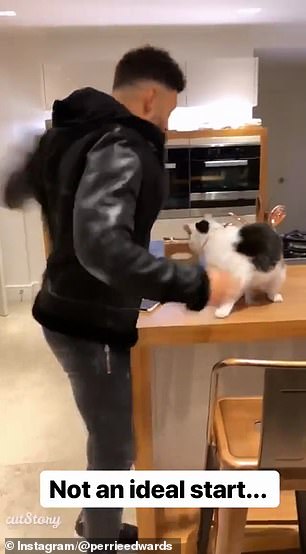 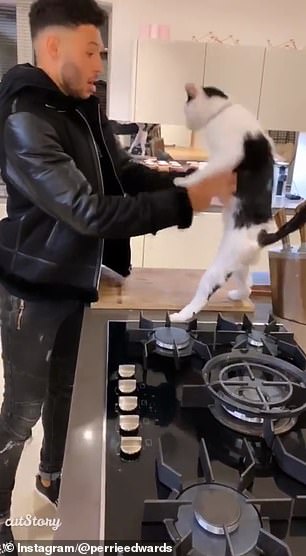 At the end of the video, Edwards showed her partner how it’s done, while Oxlade-Chamberlain quipped: ‘He is the devil cat…you won’t be getting fed by me mate, you enjoy your din dins, I won’t be feeding you ever again.’ Before adding: ‘I’ll slip a bit of cyanide in there’.

Oxlade-Chamberlain was filmed repeatedly attempting to pick up the cat, who appeared to purr at their first encounter.

But it was downhill from that point on, as the elderly black and white pet seemed to take a disliking to the Liverpool midfielder. 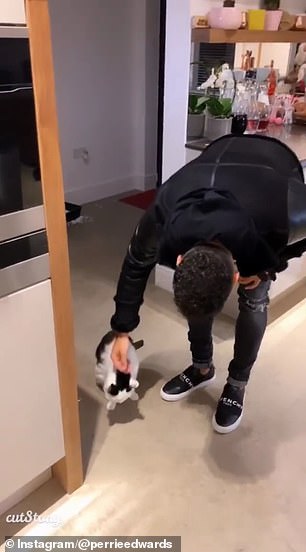 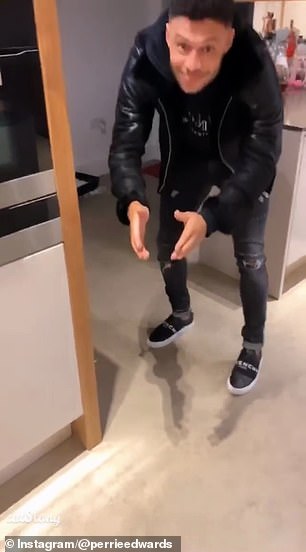 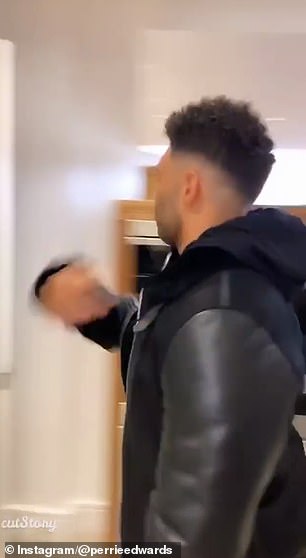 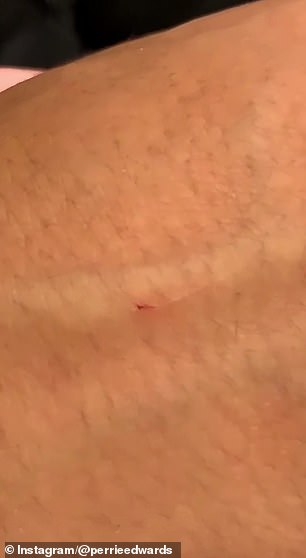 The interactions culminated with the cat swiping at the Ox, who later revealed what Edwards jokingly suggested were his ‘battle wounds’.

The Liverpool midfielder is almost ready to return to first team action after a year-long absence due to a knee injury sustained against Roma in last season’s Champions League semi-final.

The former Arsenal and Southampton star has returned to full-training and featured for Liverpool’s Under-23s against Derby earlier this month. 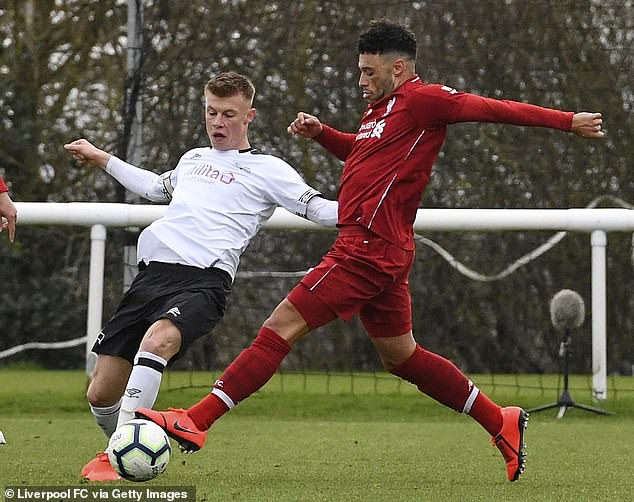 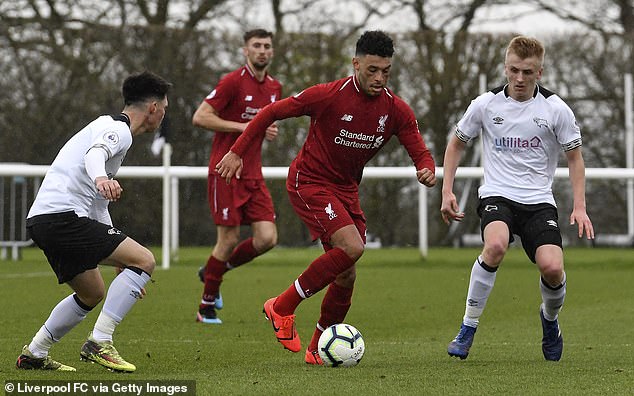 However he was withdrawn early as precautionary measure after just 41 minutes, and he was pictured clutching his hamstring.

But manager Jurgen Klopp believes Oxlade-Chamberlain will be available to aid Liverpool’s title challenge after the international break.

‘Oxlade, I heard nothing new about it so there’s no rush now,’ said Klopp before Merseysiders travelled to west London to face Fulham

‘Of course not for the weekend anyway, but in general after international break he will be 100 per cent fit.’