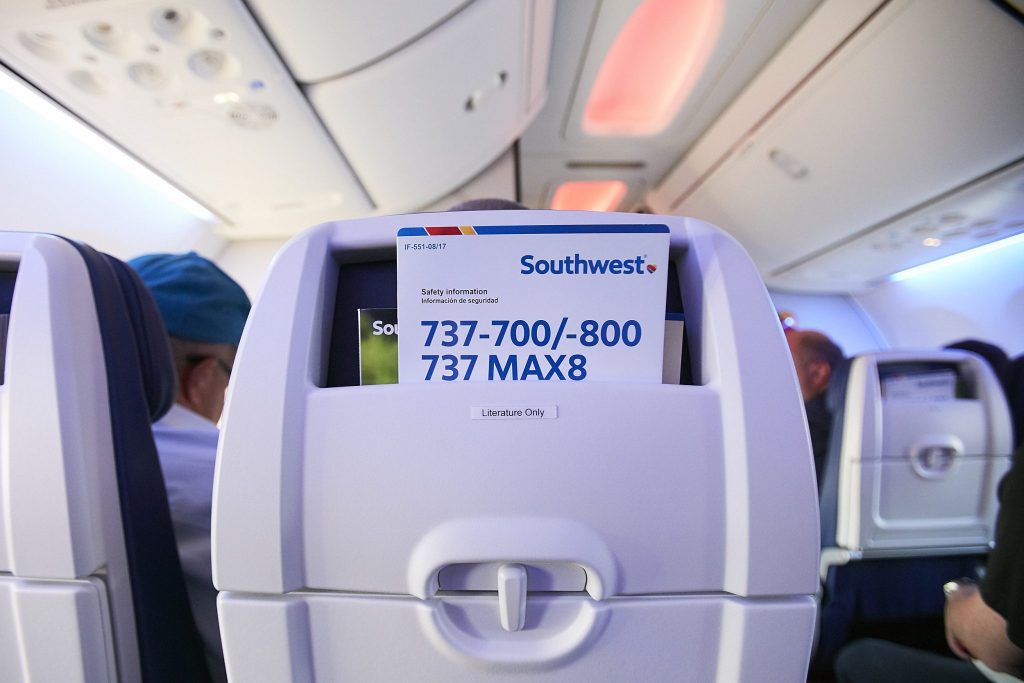 As the list of countries banning the Boeing 737 Max 8 aircraft grows and more airlines suspend services, more travelers are getting nervous about flying on planes similar to the one which crashed on Sunday near Addis Ababa in Ethiopia, killing all 157 people aboard.

That anxiety is putting travel management companies into a difficult position of whether to advise clients against flying on Max 8 jets, with no solid conclusions yet on what actually caused the crash.

The Ethiopian Airlines crash was the second fatal accident involving the Max model in five months, with a Lion Air aircraft going down on Oct. 29 off the coast of Indonesia, also shortly after takeoff.

Global corporate travel management company CWT is hearing from some clients that are thinking of temporarily restricting travel on the Boeing 737 Max 8 aircraft.

“This could potentially result in travelers being left with fewer flight options and susceptible to higher airfares, depending on the route.” Julian Walker, head of external market communications and public relations at CWT, told Skift.

“We are working with clients to understand the practicality and the implications of putting such restrictions in place,” he said.

The three airlines with the largest Boeing 737 Max 8 fleets, Southwest Airlines, American Airlines, and Air Canada, continue to fly them. The U.S. Federal Aviation Administration said it’s monitoring the situation, but has found no reason to ground the plane, citing a lack of evidence that the plane is unfit to fly.

As of Tuesday afternoon, among U.S. airlines, only Southwest Airlines had said publicly it is permitting passengers booked on the Boeing 737 Max to swap flights without extra charges. Southwest does not charge change fees, but often requires passengers to buy-up to a more expensive fare at the last minute.

“While we are not issuing refunds of non-refundable fares, we are working with customers individually who wish to rebook their flight to another aircraft type,” a Southwest spokesman said in an email.

Representatives for American and United, which flies the Boeing 737 Max 9, said their airlines had not issued travel waivers, as is common during weather storms or computer outages. In those instances, customers can rebook for free, usually by phone or through an airline’s website.

Despite the lack of blanket waivers, airline experts acknowledge customers should be able to call American and United to ask for flight changes. Airlines generally don’t want to transport customers who are fearful about the flights so agents should be willing to work with nervous passengers.

If airlines announce free flight changes, there’s some concern it might create mayhem, with tens of thousands of customers calling and tying up agents. Since most people don’t know what type of aircraft they’re flying, agents probably would spend considerable time explaining the differences between a Boeing 737-8, or 737-9 (the newest models), and the Boeing 737-800 and 737-900, decades-old airplanes with excellent safety records.

Still, many passengers have the Max 8 on their minds following the two recent fatal crashes.

Fiji Air is the latest to temporarily pull its Max 8s out of service. In a statement, the airline confirmed that it is following other authorities and carriers in the region and has “taken the decision to temporarily ground its fleet of Boeing 737 Max aircraft until more information is known about the cause of the Ethiopian Airlines accident.”

The statement stressed the airline’s confidence in the aircraft, but said “out of deference to the position taken by regulators in our region, and in response to the concerns expressed by the general public, both Fiji Airways and the Civil Aviation Authority of Fiji have agreed that the most appropriate course is to impose this temporary grounding.”

“Fiji Airways will use its existing Boeing 737 NG aircraft as well as its Airbus A330 fleet to replace flights which were to be operated by the Max 8s. Some flight times may be impacted as a result, and all affected customers will be notified of any change in their flight schedules,” according to the airline.

A WestJet spokeswoman said the airline is aware that guests may have questions and concerns surrounding their travel plans, but she insisted that WestJet’s normal change/cancel policies will be applied should customers insist on changing their flights.

“WestJet remains actively involved in discussions with Transport Canada, Boeing and fellow Canadian operators of the Boeing Max 737 aircraft, and reassures our guests and employees that we will continue to fly with their safety and best interests at the forefront,” she added.

Travel advisors not only have to deal with different strategies among airlines, but also varied responses from aviation authorities in different countries.
Ireland is the latest country to ban Max 8 aircraft from its airspace, in line with a ruling from the European Union’s aviation safety agency, EASA, suspending all flights in the EU by Boeing’s 737 Max aircraft.

In a statement, EASA said it was also “suspending all commercial flights performed by third-country operators into, within or out of the EU” of the Boeing 737-8 and 737-9 models.
At least 40 countries have now banned the craft, while U.S. aviation regulators reiterated that they see no safety issue with the 737 Max. Federal Aviation Administration acting chief Daniel Elwell said on Tuesday evening that the agency has so far found “no systemic performance issues and provides no basis to order grounding the aircraft.”

Uncertainty about flying on Max 8s has been heightened by a statement from Lori Bassani, president of the Association of Professional Flight Attendants, expressing ”safety concerns.”
“Many respected global carriers are grounding the planes,” she said. “The safety of our crews and passengers is paramount. Our flight attendants will not be forced to fly if they feel unsafe.”

Max Leitschuh, a senior transport analyst at WorldAware, noted that many clients are concerned about the aircraft, “both from a safety perspective and a travel disruption perspective.”

“While sporadic flight cancellations or reschedulings would be likely, they would probably only last a few days until airlines can either fill the routes with their spare aircraft or lease aircraft to cover the gaps in their schedules,” he said.

A spokesman for global aviation authority IATA said airlines would generally do their best to accommodate affected travelers when the removal of craft have been mandated.
“As to the question of any penalties or compensation owing to the regulatory action, this would be subject to the consumer protection regime in the affected jurisdictions,” he said.
But where there is no mandated withdrawal, it appears that travelers have no rights to change their flights.

Travel insurance shopping site InsureMyTrip, based in Rhode Island, said it is seeing “an increase in calls from concerned travelers this morning over Boeing 737 Max 8 aircraft.” The company said there is no insurance coverage for when travelers are afraid of flying unless their policy has a “cancel for any reason” clause.

Brian Sumers and Andrew Sheivachman contributed to this report.

Best Western Doubles Down on Boutique Hotels and 7 Other Hospitality...