This is how you do it, Chiellini! Luton defender’s hilarious reaction to being pushed puts Juventus captain to shame after his ludicrous fall in Champions League

Chiellini was widely mocked for dramatically rolling on the floor after clashing with Alvaro Morata during Juventus’ Champions League win against Atletico Madrid – watched by 40,884 at Allianz Stadium.

Meanwhile, in the League One clash at Valley Parade in front of less than 16,000 fans, Bradley showed his theatrical side when coming to the aid of team-mate Danny Potts after he was fouled by O’Brien.

As O’Brien pushed out at the defender, Bradley reacted with a slight stumble before throwing his hands in the air, regaining his balance and walking off dismissively.

The Hull-born centre-back, who earns around £1,300-a-week, was praised for his reaction, with one fan calling him ‘captain, leader, legend’.

Some, however, were quick to criticise £58,000-a-week Chiellini’s histrionics, one fan joking that ‘snipers get everywhere these days’. 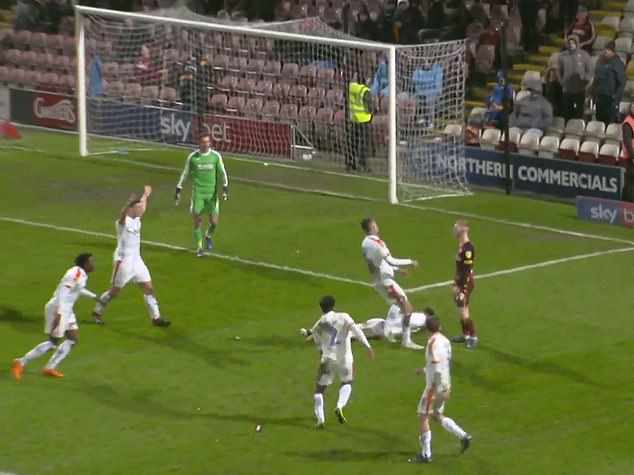 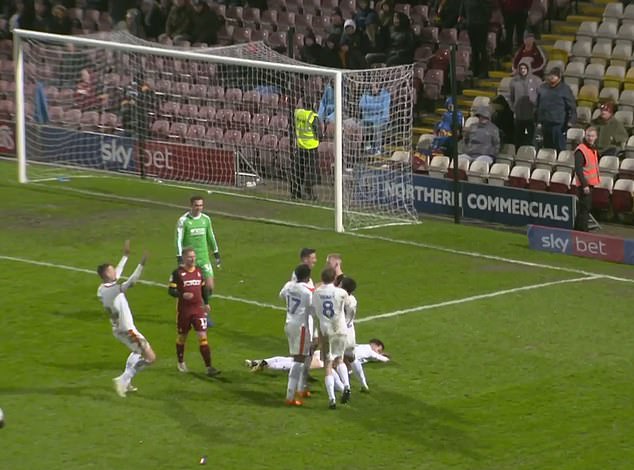 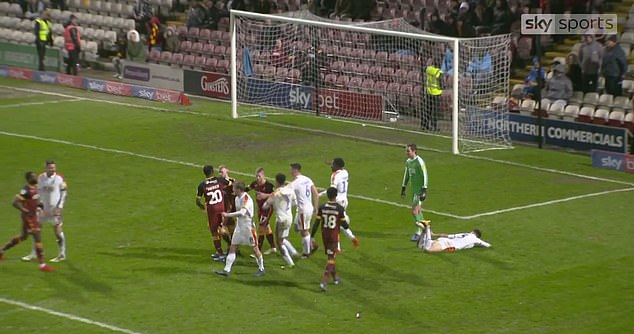 Regaining his balance, the tall centre-back looks back at O’Brien before walking away

Chiellini and Morata first clashed with the scores locked at 2-2 on aggregate as the 100-cap international challenged the striker for the ball and fell to the ground.

Morata then gently pushed Chiellini, who hits the deck before getting up and falling over again.

The rivals would have a further coming-together later on as Atletico chased the game, Chiellini blocking off Morata and rolling around clutching his back in apparent agony. 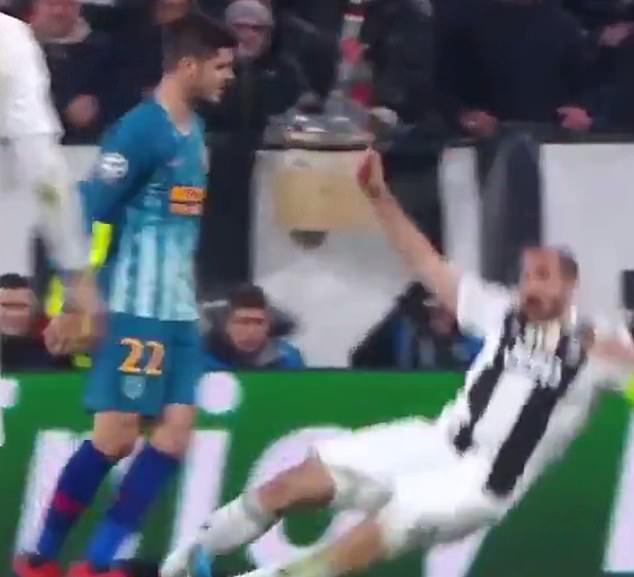 In the first clash, Giorgio Chiellini threw himself to the ground after a push from Alvaro Morata 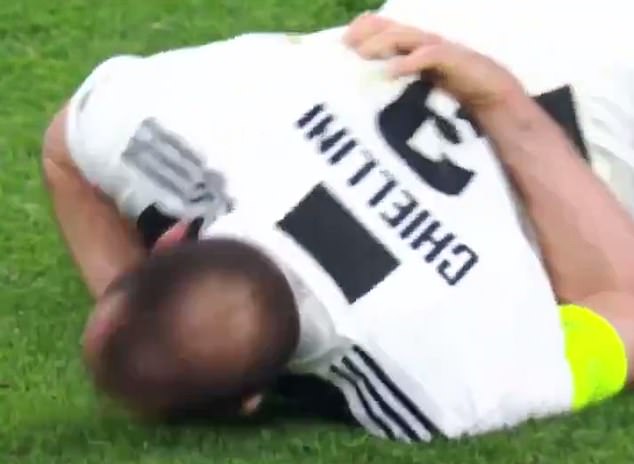 Later on, Chiellini would throw himself to the ground and clutch his back after blocking Morata

It overshadowed a historic night for the £3million-a-year star, who became the fourth player to reach 500 Juventus appearances after Alessandro del Piero, Gianluigi Buffon, Gaetano Scirea and Giuseppe Furino, having been at the club since 2005.

Bradley, meanwhile, played his 41st game for Luton in the 1-0 win, having joined on a free transfer from Plymouth Argyle in 2018 – marking his eighth club in nine years as a professional. 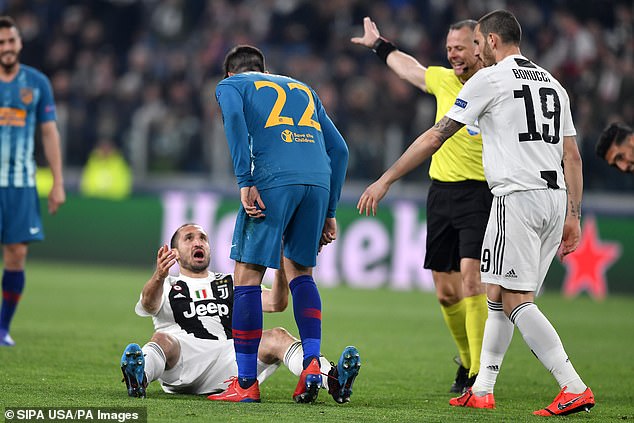 Manchester United sweat over Paul Pogba as midfielder has a scan...

Liam Williams opens up on the sudden end to his stint...