City went on to win the match 3-1, a Sterling hat-trick securing all three points, but the result could have been very different had the opener been disallowed.

The linesman Adrian Holmes initially raised his flag to signal for offside against Sterling, who saw the ball rebound off him when Daryl Janmaat attempted to clear, but the decision was overturned. 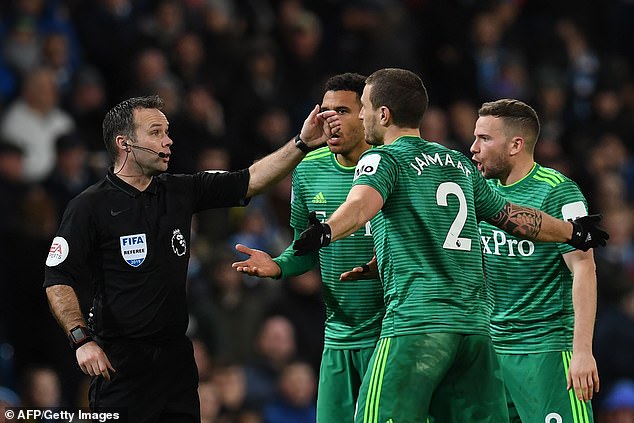 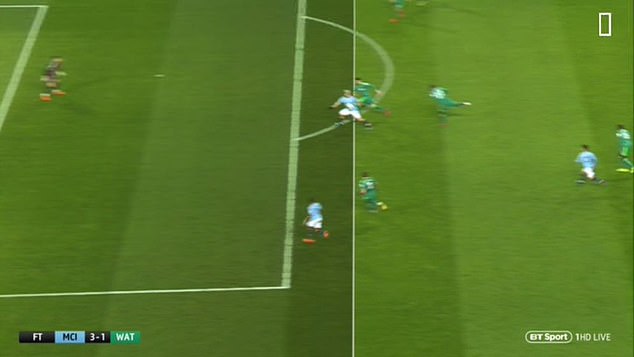 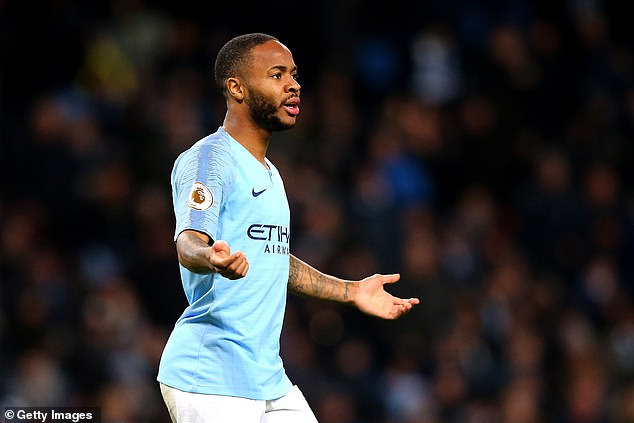 The linesman originally flagged for offside, but Tierney overruled decision and gave the goal

Now, according to The Sun, Tierney has held his hands up that he made the wrong decision, following a review of the match on Saturday night.

‘But the final outcome should have been an indirect free-kick for offside and the goal shouldn’t have stood. 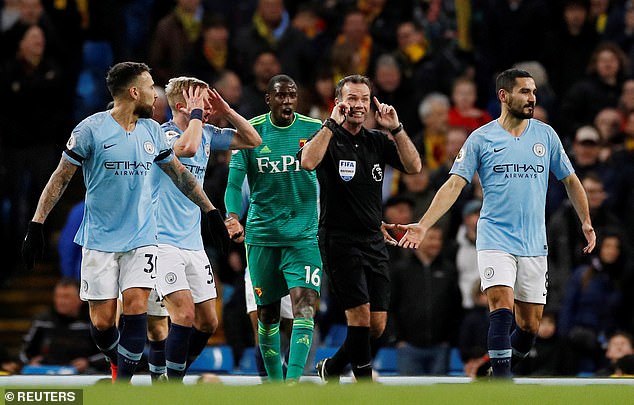 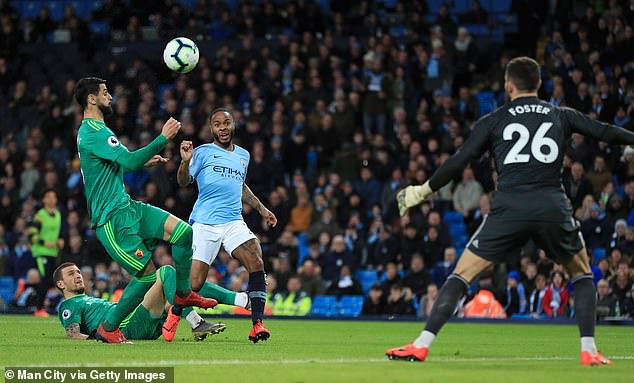 ‘Once you become involved in active play, which Raheem Sterling did when he challenged an opponent (Daryl Janmaat) for the ball, then he should have been offside.

‘If he doesn’t challenge and the ball just strikes him then the goal would have been allowed, but in this case he’s clearly attempting to play the ball so the goal should have been ruled out.’

Realising he was on the end of a fortunate decision after the match, Manchester City boss Pep Guardiola was quick to apologise to City’s opponents Watford.

He also raised the memory of last season and his side’s exit from the Champions League against Liverpool.

In the second leg of the tie, City saw a goal from Leroy Sane chalked off for offside, even though the ball had come to him from a Liverpool player.

‘I understand perfectly,’ Guardiola said post-match. ‘I know it was important to Watford because it was 0-0 and this goal opened up the game.

‘But I was out of the Champions League last season for one quite similar to that. James Milner passed the ball to Leroy. 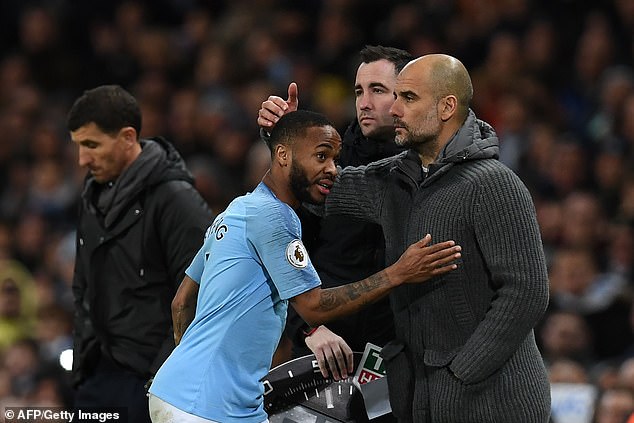 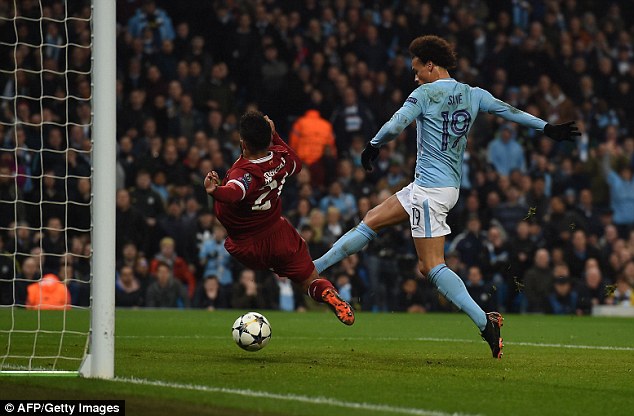 ‘We would have scored the second goal. It happens. I’m sorry. I would not like to live these situations but it sometimes happens.

‘Sometimes it’s with you, sometimes against but again, in 90 minutes, we played really well.’

The result gave Manchester City a four-point lead on Saturday night, which was then cut to one point with Liverpool’s win over Burnley on Sunday afternoon.

Lionel Messi insists ‘it would be crazy’ if Argentina suffer group...