The fans sung of Premiership days and visits to Wembley, of promotion dreams and being on their way back.

Charlton Athletic and Portsmouth were united here by a palpable hope that the worst days have now passed, that they have bottomed-out, that they’re heading in the right direction again.

Back to the Premier League they once graced? Who knows. The Championship will certainly do for starters. 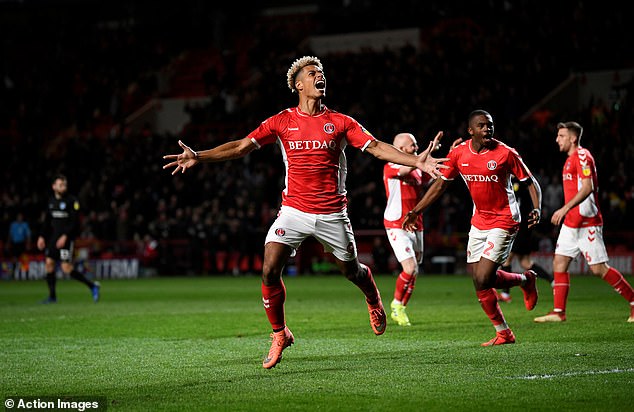 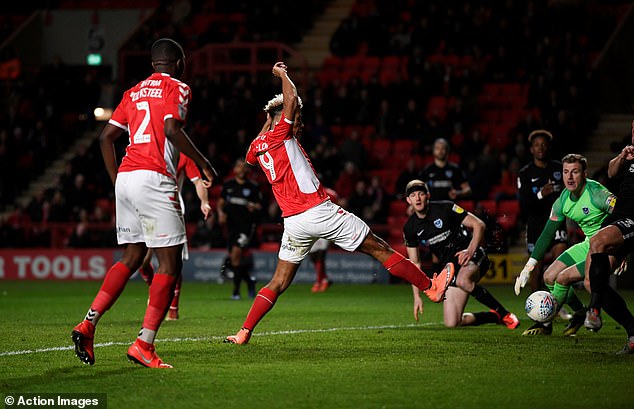 Charlton may have won this contest thanks to Lyle Taylor’s second-half goal, but both these proud clubs remain firmly embedded in the League One play-off places.

Though the hosts remain the basketcase club their detested owner Roland Duchatelet tried to flog to the Football League for a quid, Lee Bowyer and his players have been performing wonders on the field.

Charlton led through Joe Aribo here, only for Ronan Curtis to equalise moments later, but by the end they were very good value for three points that establish an eight-point gap to seventh.

Pompey have been right to the bottom and back again in the past decade but are very much facing forwards again. They’ll be in the play-offs and you certainly wouldn’t fancy contending with a raucous night at Fratton Park.

With Sunderland in the shake-up as well, what an occasion the Wembley finale promises to be this year. This Saturday night contest at The Valley was occasion enough.

The home faithful, accompanied by a booming drum, and the 3,097 who’d travelled up from the south coast, were in full voice well before kick-off and the atmosphere crackled.

Earlier results had been favourable, with defeats for Doncaster and Peterborough strengthening grips on the play-off places. Sunderland above them in third had been held at Wycombe. 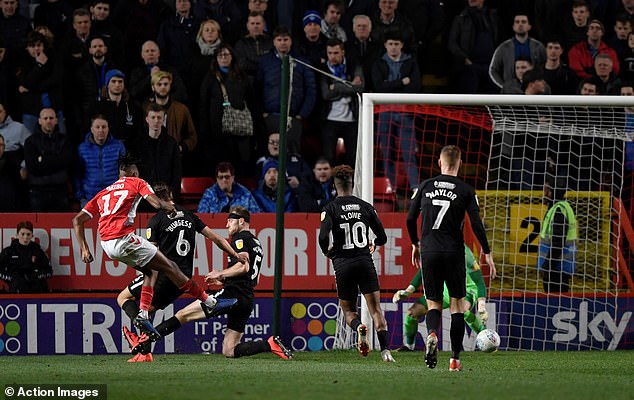 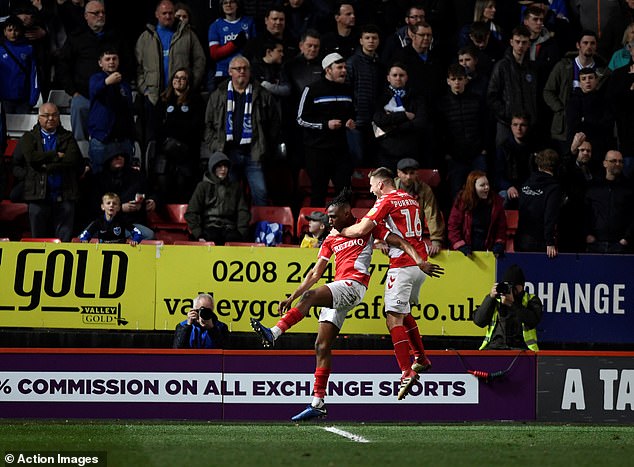 It took the home fans all of 10 minutes to direct some four-lettered invective in Duchatelet’s direction – not that he was here to hear it, of course. Thank goodness they’re now performing well on the pitch.

In truth, the boisterous atmosphere enlivened a pretty tedious first-half that finally exploded into life towards the end.

Charlton, whose manager Bowyer was watching from the press box as he served a two-match touchline ban, thought they’d scored when West Ham loanee Josh Cullen shot on 20 minutes.

The effort beat Pompey keeper Craig MacGillivray but was blocked by Cullen’s team-mate Igor Vetokele in the act of trying to get out the way.

But there was no question Charlton were deserving of their lead when it arrived four minutes before the break. Like most of their best attacks, the build-up came down the left.

Ben Purrington rolled a pass into Aribo, who controlled, spun sharply into a shooting position and beat MacGillivray and a number of defenders with a low drive to the far corner.

Three sides of The Valley were bouncing – the bygone sound of a wooden rattle could be heard from the back of the stand – but the noise was soon quietened.

On the stroke of half-time, Pompey’s Lee Brown chipped across a deep corner and Curtis was unmarked to thump home a header. Blue flare smoke wafted from the Jimmy Seed Stand, a great heaving mass of limbs. 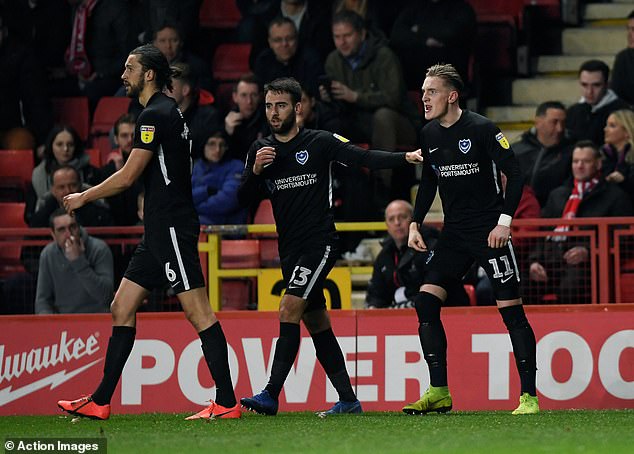 They were up again early in the second half when Jamal Lowe’s cross-shot was turned home by Curtis, who spun away in celebration to be confronted by a raised offside flag.

And moments later, Charlton were back in front. Taylor’s 16th of the season was one of the easiest he’ll ever score, prodding home from close in after Ben Reeves had improvised a cross following a fortunate bounce.

Charlton were in the ascendant and pushed for a third. Skipper Patrick Bauer stung the palms of MacGillivray with a volley.

But Pompey wouldn’t go quietly, with Lowe flashing another ball across the box, narrowly evading the slide of Curtis. Brett Pitman wasn’t too far away with a late effort.

‘The Reds are going up, allez allez allez’ echoed into the night as the final whistle went. 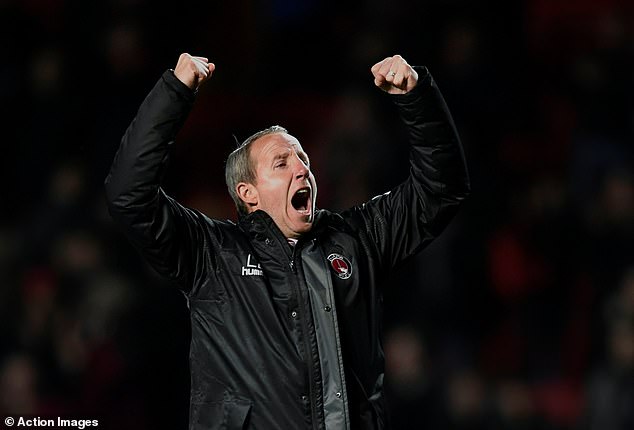 My heart sank when I saw the news… all I could...