Tottenham Hotspur have announced that they will not play another game at Wembley this season.

The club’s next home game will take place at their 62,000-seater stadium, as will their Champions League quarter-final home leg.

If Brighton win their FA Cup quarter-final against Millwall on Sunday March 17, Spurs will play Crystal Palace on Wednesday April 3 and then Brighton on April 23 or 24.

If Brighton lose their FA Cup quarter-final, Spurs will play Brighton on April 6 or 7 and then Crystal Palace on April 23 or 24.

Crystal Palace will be the first visitors to the new ground on Wednesday April 3, but only if Brighton knock Millwall out of the FA Cup on March 17.

Should Brighton lose to Millwall, Tottenham’s first home game in their new stadium will be against the Seagulls on either April 6 or 7, while their game with Palace would be scheduled for April 23 or 24.

Before the stadium can play host to first-team football, two more test events must take place. The first will be on Sunday March 24 in the form of an Under 18s match against Southampton. There will then be a ‘Legends match’ on Saturday March 30. 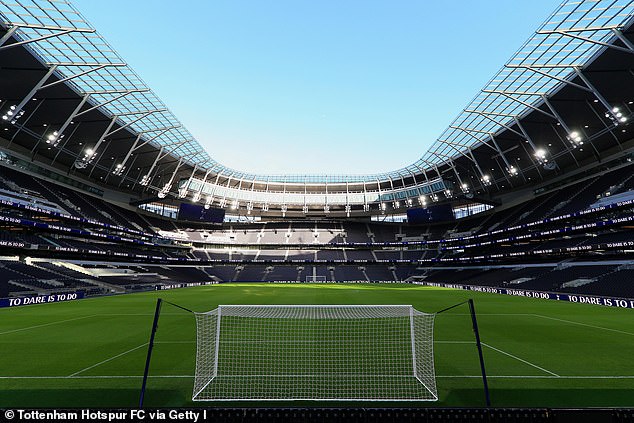 Football may have stopped, but Norwich still swoop in the transfer window as they sign Danel Sinani

Ronaldo does not want to have to play former club Real...