Manchester United‘s stars have touched down after their incredible win against Paris Saint-Germain.

That 3-1 win meant a place in the quarter-finals and United rapidly dashed home from the French capital afterwards. 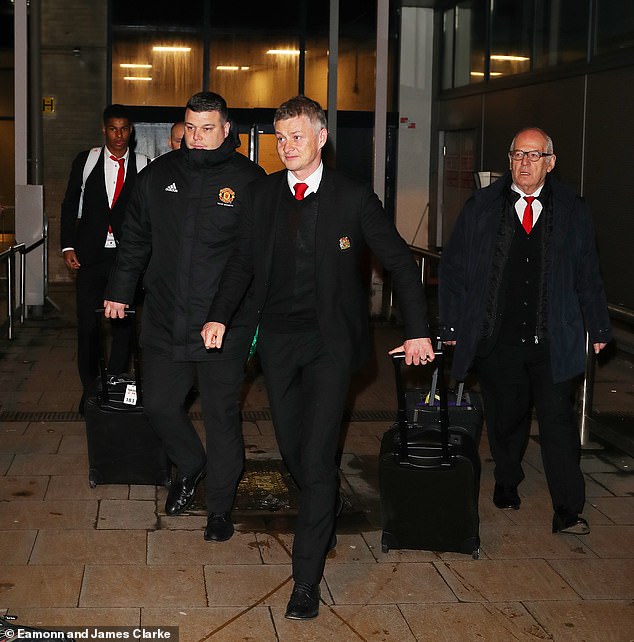 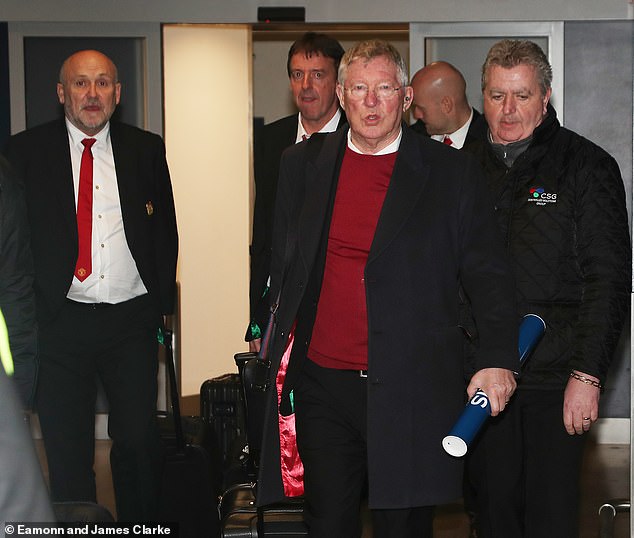 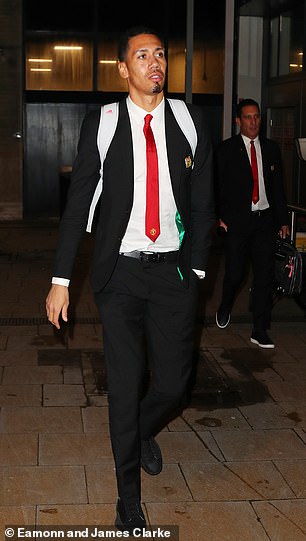 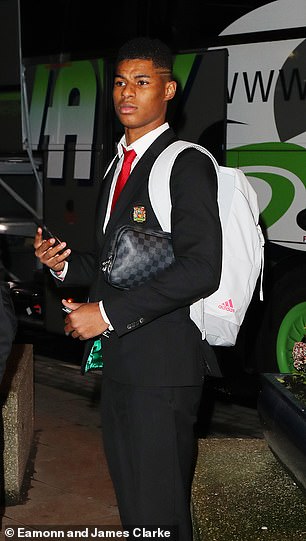 Sir Alex Ferguson was also in the travelling party, as was his former assistant manager and Solskjaer’s current No 2 Mike Phelan.

Marcus Rashford, who scored the decisive penalty, was also part of the group, alongside Chris Smalling.

David de Gea and Luke Shaw joined the rest of the team in wearing their club suits as they arrived. 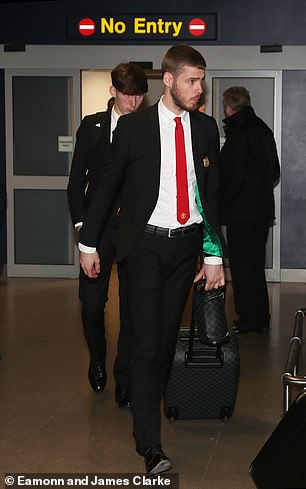 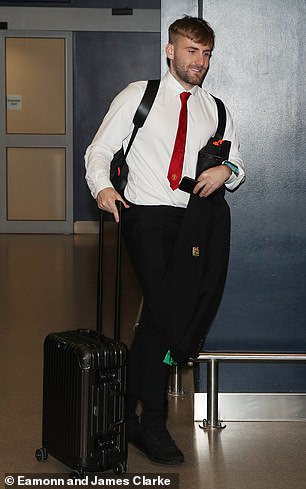 Victor Lindelof had removed his tie, unlike the rest of the squad, while Andreas Pereira was clearly delighted — giving the camera a thumbs up in the early hours of Thursday morning.

After the game, Solskjaer had said: ‘I am just going to do my best until the summer and see what the club decides. We have to remember tonight. Fantastic night.

‘The spirit of Manchester United. Great to see the boss [Sir Alex Ferguson] in [the dressing room] after the game for the first time. The lads were absolutely magnificent.

‘We have a good relationship. It has been fantastic coaching them with Kieran, Michael, Demps, Mick, Emilio. We are a great team together. I think they enjoy us. 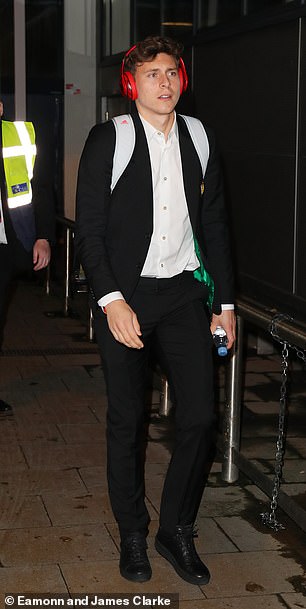 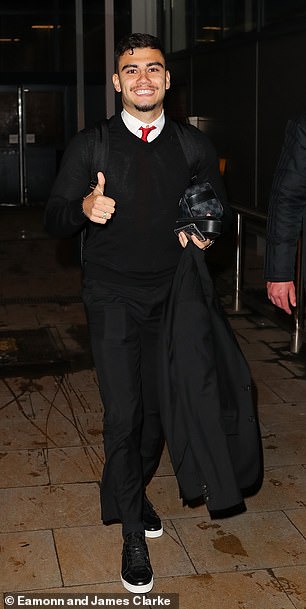 ‘Definitely [the best night of my managerial career]. Absolutely unbelievable. It was great to be there.

‘These are the moments, you share with your coaching staff, with the players, with the supporters. That is what football is all about. Doing it together.’

Romelu Lukaku’s early brace had given United hope on the night before Rashford thundered in the stoppage-time penalty.