‘It is very easy to explain why he is not playing’: Rafa Benitez admits Jonjo Shelvey faces a tough task to regain his starting spot for Newcastle

The 27-year-old is available for selection following a thigh injury but cannot make the bench and has watched the last two matches from the stands.

Shelvey played for the Under-23s at Fulham on Friday in a bid to gain match fitness and will not be in the squad for Saturday’s trip to West Ham. 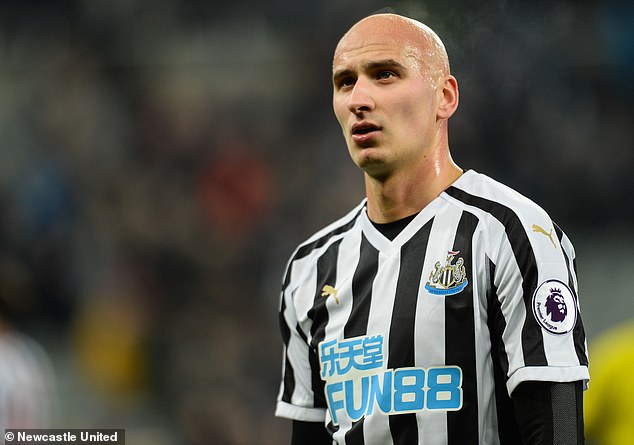 Benitez will start with Sean Longstaff and Isaac Hayden at the London Stadium, while Mo Diame and Ki Sung-yueng will compete for a place among the substitutes.

And the Magpies boss has warned Shelvey he is at the bottom of the pecking order right now.

‘It is very easy to explain why he is not playing,’ said Benitez. ‘You have Longstaff and Hayden doing well. Still you have Ki and Diame – they were ahead of him – and they are not in the team, so you have five midfielders now for two positions.

‘We don’t have the the space – physically, you cannot put more than 18 players in the squad. Someone has to stay out and that is my problem to decide.’

Benitez added: ‘Many people say, “Yeah, but Jonjo could be…”. Yes, “could be”, but we are doing well.

‘The Burnley game (2-0 win on Tuesday) was an example. We put Diame on the bench because we though that it could be physical and, in the end, he was on the pitch.

‘Ki has the quality, Diame has the physicality so, for Jonjo to go ahead of him, he has to do really well and be the right one (for that match).’

Shelvey’s situation has led to doubt over his future. When asked if he would remain at the club beyond this season, Benitez said: ‘I think so. He is under contract.’

However, Shelvey is unlikely to hang around should he feel in the shadows come the summer and there would be no shortage of suitors, Saturday’s opponents West Ham chief among them. 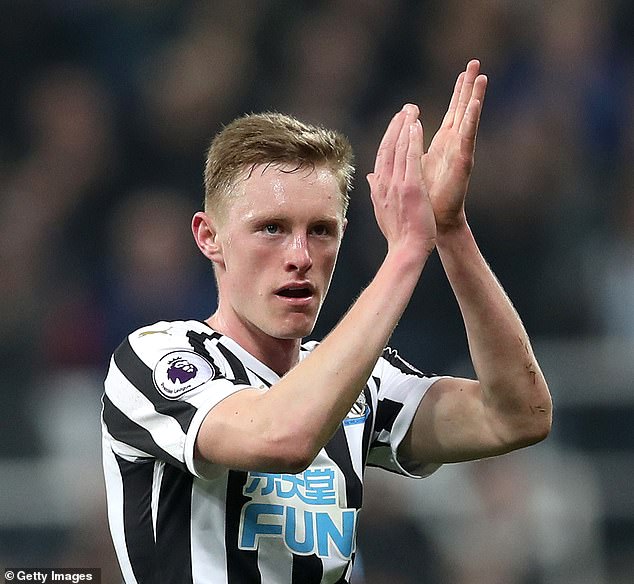 In Shelvey’s enforced absence, youngster Sean Longstaff has impressed for the Magpies 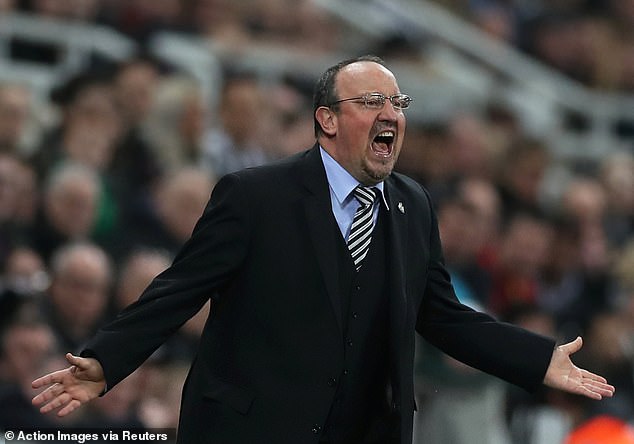 Despite his lack of action, boss Rafa Benitez fully expected Jonjo Shelvey to stay at Newcastle