‘There was no malice… it was not a red card’: Former Tottenham midfielder Jermaine Jenas leaps to defense of Lucas Torreira after Arsenal man sees red for late tackle on Danny Rose in feisty North London derby

Former Tottenham midfielder Jermaine Jenas questioned referee Anthony Taylor’s performance as he jumped to the defense of Lucas Torreira following his sending off in the North London derby.

The Uruguyan midfielder came off the bench for Arsenal with the score level at 1-1 and he committed to a challenge on Tottenham’s Danny Rose in the closing stages as the Gunners sought a winner.

Torreira follows through on Rose after flicking the ball to Henrikh Mkhitaryan but in the eyes of Taylor, the challenge was rash and he brandished a straight red card, much to the midfielder’s surprise. 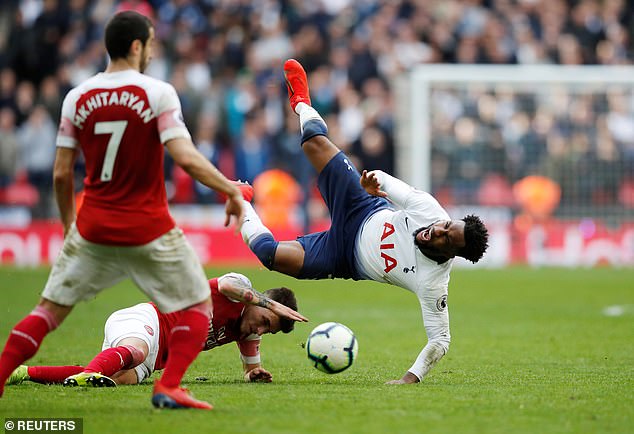 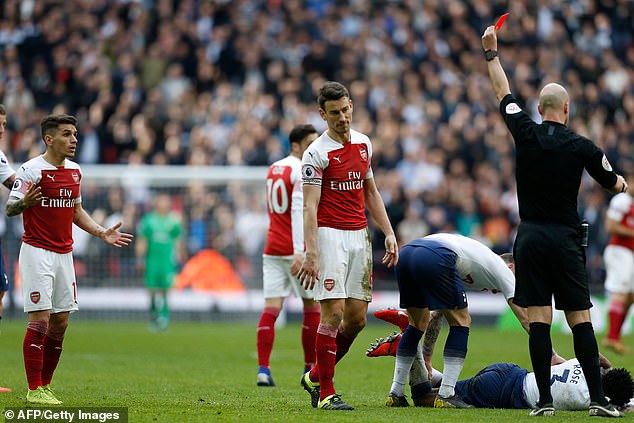 Jenas, speaking at full-time, said: ‘I’ve been in that situation in midfield many a time where you see the ball, you slide in.

‘He’s gone to hook the ball, yes you can’t really legislate for the weight of your body in the direction it’s going, but there’s no way there was any malice.

‘He’s not trying to hurt anybody and Danny Rose ran into him, as much as when he won the ball his contact went into Danny Rose.

‘It wasn’t a red card, I actually thought Anthony Taylor didn’t have the best of games personally.’

The referee had plenty of big decisions to make with both sides awarded a penalty and Tottenham fortuitously seeing their equaliser stand with Harry Kane in an offside position.

The Uruguayan will now miss  next Sunday’s crucial home game against Manchester United with so little to separate Tottenham, Arsenal, United and Chelsea in the race for the top four. 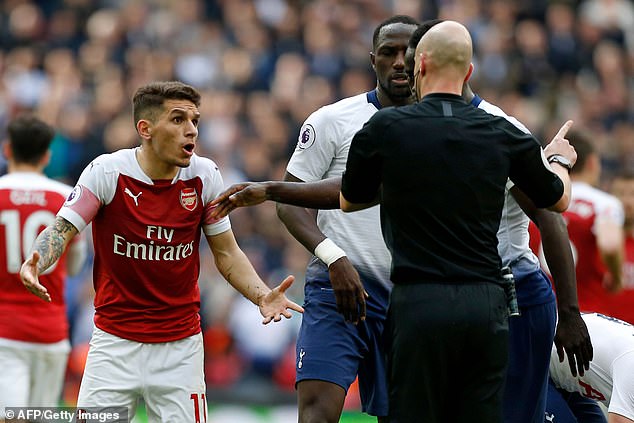 Mourinho, Keane and Gattuso in hat to be in charge at...