It is the word that makes South Africa grimace when used to describe their cricket but it is one England must beware when expectations will be at their most intense this summer during the World Cup. For on Saturday, with a series on the line, they again seemed to ‘choke.’

That is the only way to describe a truly miserable batting performance that saw England crash to 113 all out in the final one-day international with an array of simply brainless shots on a pitch that offered West Indies pace and, most significantly, extra bounce.

And ‘choking’ will perhaps be England’s biggest worry this summer when they will enter that home World Cup still ranked as the best one-day side in the world and with the tag of firm favourites hanging uncomfortably over them. 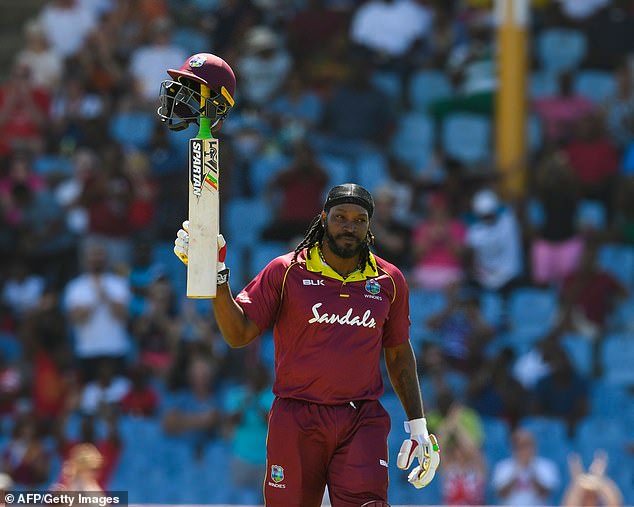 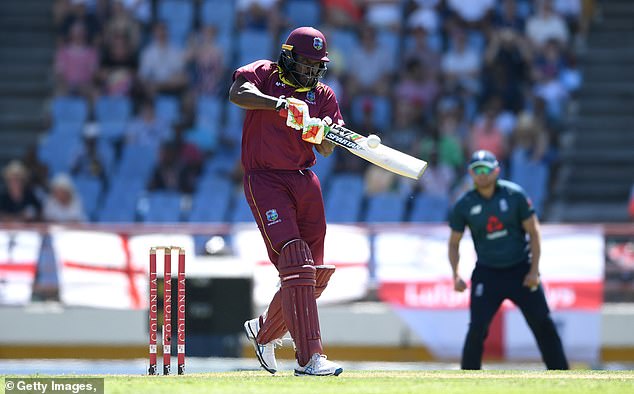 England looked anything but the best team around in the last 50-over game before they must name that squad for their home cup on April 23, crashing to their worst one-day score against West Indies just three days after smashing them for 418.

The last time England were as bad as this in the Caribbean – when they were dismissed for 114 in 1986 – West Indies had Malcolm Marshall, Joel Garner, Michael Holding and Patrick Patterson in their ranks. This may be a resurgent West Indies but they are nowhere near the class of that little lot.

This was the worst England one-day batting performance since they plumbed new 50-over depths in the last World Cup against New Zealand when they were bowled out for 123 and Brendon McCullum embarrassed them by chasing it down within 13 overs.

And there were echoes of McCullum in the way Chris Gayle – who else but the Universe Boss? – went about chasing England’s feeble effort with the fastest 50 in Caribbean history off just 19 balls and blasting another nine sixes in his 77 as West Indies strolled home even before the scheduled interval in 12.1 overs.

If Gayle, who did get away with a controversial no-ball dismissal off Chris Woakes, really is to retire from 50-over cricket after the World Cup, hitting 39 sixes in the series has been a fitting way for him to depart the home stage.

If the contrast in England’s batting from Grenada to here simply does not make sense then it should be viewed in the worrying context of England always seemingly having a truly awful performance up their sleeves just when you think they are on the verge of great things.

Here they had a golden opportunity to make a little piece of history by equally Australia’s world record and wrapping up their 10th successive 50-over series victory but they simply blew it in demoralising and perhaps predictable fashion. 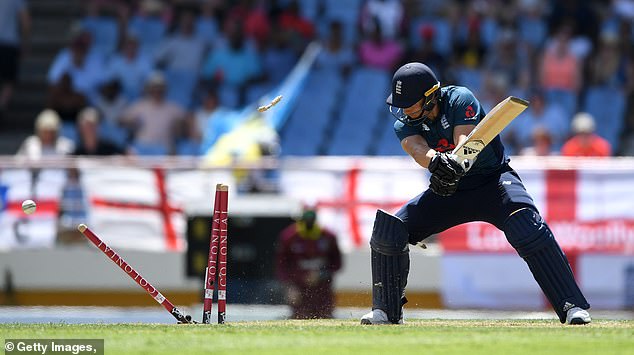 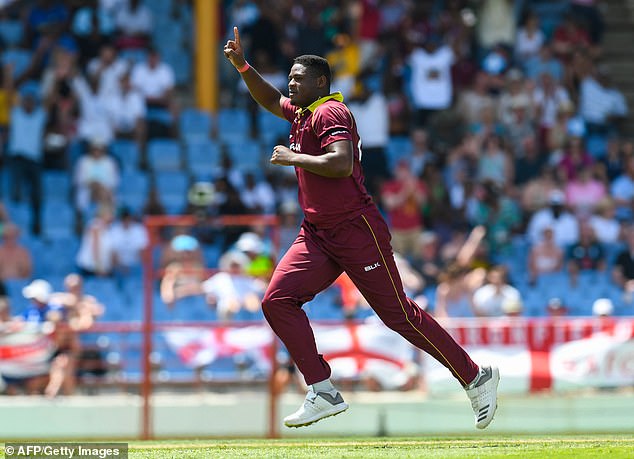 Since they stank out the last World Cup four years ago and went back to the white-ball drawing board England have faced eight 50-over deciders, knockout matches or one-off games like their visit to Scotland last summer and have lost four of them.

They also snatched defeat from the jaws of victory in the World Twenty20 final against West Indies in 2016 when Carlos Brathwaite hit Ben Stokes for four successive sixes in the last over and, with perhaps the biggest ‘choke’ of the lot, surrendered their home Champions Trophy semi-final the following year against the lowest ranked team in the tournament in Pakistan.

This was right up there. Remember, West Indies are ranked a miserable ninth in the world 50-over rankings and only just reached this year’s World Cup at the expense of a desperately unlucky Scotland in a qualifying tournament in Zimbabwe.

But here they emulated their Test team, who upset England 2-1 earlier on this tour, by securing a thoroughly deserved share of this series with one game rained off by totally humiliating Eoin Morgan’s side and handing them considerable food for World Cup thought. 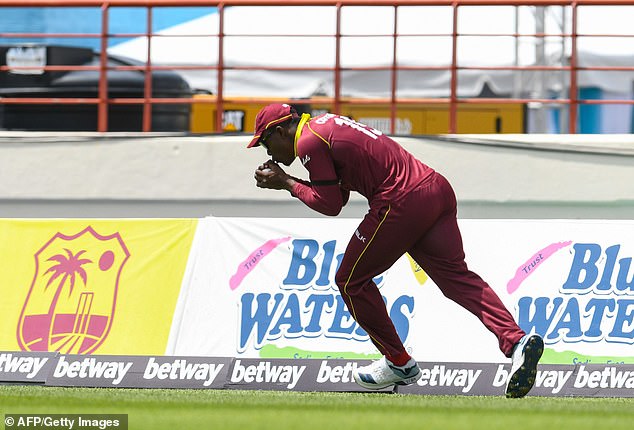 No-one can escape criticism from this debacle, not even Jos Buttler or Morgan, who batted so incredibly well in Grenada and gave credence to the belief that England could chase absolutely anything to win a 50-over game.

The problems usually come when they bat first and here England simply had no game-plan nor method of working out how to bat as soon as West Indies won the toss and started to make devastating use of a good old-fashioned fast and bouncy Caribbean pitch.

There was no need for bounce to account for Jonny Bairstow who, other than a half century in the fourth game here, is enduring a barren one-day run at the top of the order that represents a worry ahead of such a significant summer.

It has become common-place to see Bairstow clean bowled, quite often with the help of an inside edge, and that’s precisely how he went this time to spark off the latest military-style celebration from Sheldon Cottrell. 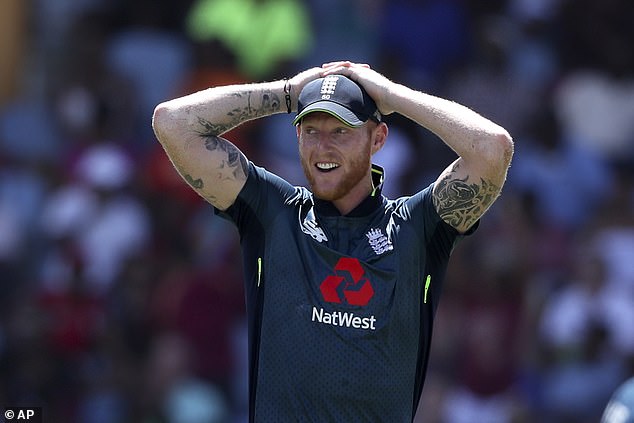 But it was a combination of bounce and brainlessness that did for the rest of England’s batsmen, who showed no stomach for the fight with the imposing figure of 22-year-old Jamaican Oshane Thomas steaming in at them to take five wickets in just over five overs.

Alex Hales had another chance, with Jason Roy still nursing a hamstring problem, to put pressure on Bairstow for his World Cup opening place but after shining in Grenada he blew it in St Lucia by falling to the ghost of choking past in that man Brathwaite.

At least Hales top scored, along with Buttler, with 23 but this was as far away from the pyrotechnics of Grenada, and indeed the first match of this series in Barbados, as it is possible for one-day batting to be. Talk about making mugs out of us all for believing in them.

There was not even time for Tom Curran, who was handed a World Cup audition here in place of the injured Liam Plunkett, to show what he can do and the elder Curran brother will face a more nervous wait than most for that squad announcement next month. 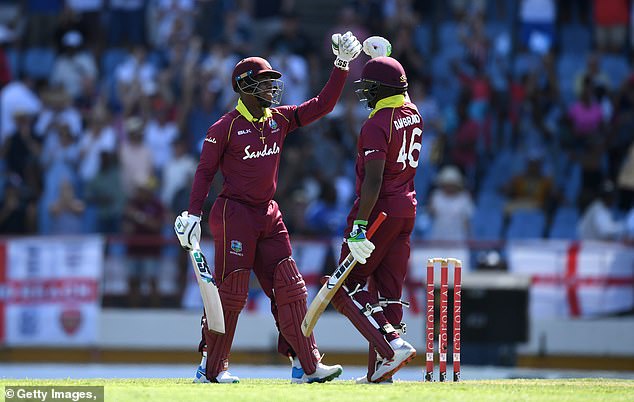 There is no little irony in bowlers in the form of Curran and David Willey being more vulnerable for their places than any of the misfiring batsmen but fact is the highly talented 90 mph bowling figure of Jofra Archer is waiting in the wings and qualifies for England on March 17.

However badly England batted here their top seven have considerable credit in the bank so they will all survive the World Cup cut but it will surely be difficult of England to ignore the chance to bring another potential game-changer into their squad on the back of this.

For now England have three pretty meaningless Twenty20 matches here to finish their tour before ‘make your World Cup mind up time’ but whatever happens they have now come up well short in the serious Test and one-day business here. And that makes this tour a triumph for West Indies.

Michy Batshuayi is on his last life at Chelsea, it’s critical he improves on his Hull performance