Mira Rajput, wife of actor Shahid Kapoor, is fast becoming a star in her own right. Her Instagram pictures and videos are a huge rage. Her latest pictures too are certain to excite her fans. On February 28, Mira posted three pictures wishing her older sister Priya Rajput Tulshan on her birthday.

She can be seen wishing Priya in one of the pictures which has all the three sisters together, the third one being Noorjehan Rajput Wadhwani. In another, she calls her sister ‘Mommy No 2’, indicating how she actually looks up to her older sister. However, it is the third picture which is sweetest of them all; it has Mira and Priya, holding their respective daughters. In fact, the sisters look so similar, at times, it becomes hard to say, who is who. Around the time of the birth of Mira’s second child in September this year, a picture of Priya was online where she is seen visiting the hospital with her daughter and needless to say, it is hard to miss the similarity. Mira usually shares pictures from her family life on her Instagram handle.

Also read: Have you seen these latest pics of Shahid Kapoor, Mira Rajput, Ranveer Singh and other Bollywood stars? 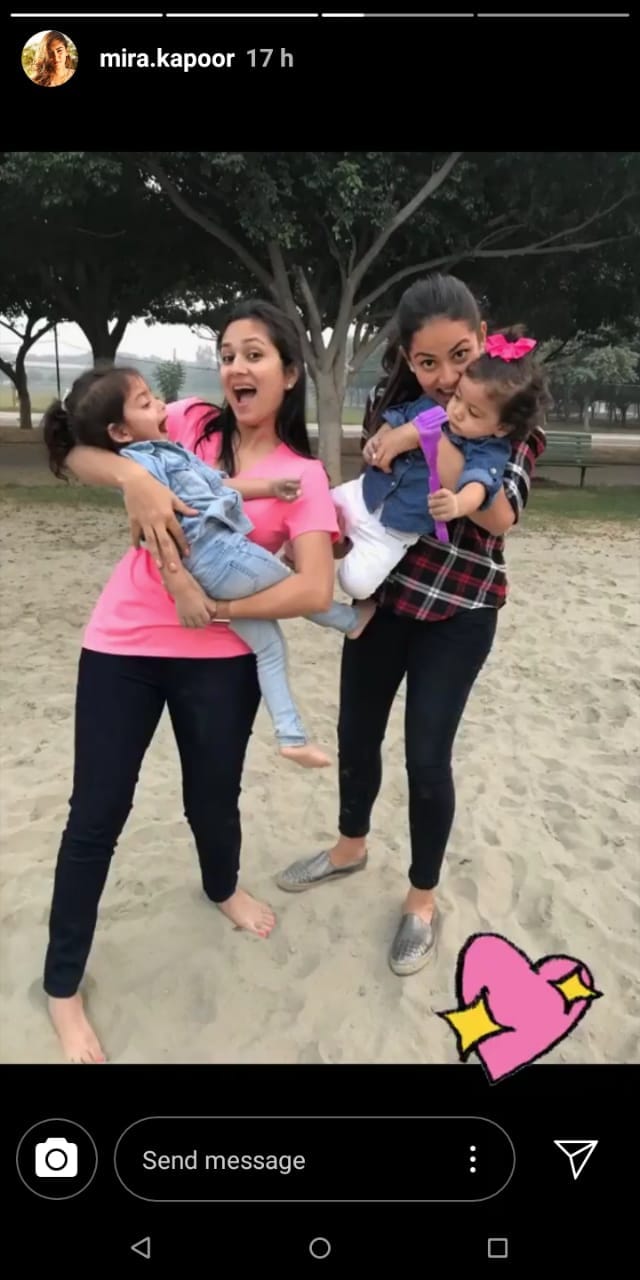 Meanwhile, actor Shahid has been busy shooting for his next film, Kabir Singh which is a remake of Telugu film Arjun Reddy. The film also stars Kiara Advani and is being directed by Arjun Reddy director Sandeep Vanga.