Harry Kane can count himself lucky not to have been sent off on Wednesday.

I have experienced just how competitive these matches are and Kane lost his cool with Cesar Azpilicueta in the first half, deliberately moving his head towards the Chelsea defender.

There looked to be contact but it does not matter how severe the contact was with Azpilicueta. Even if it was an attempted headbutt, that still carries the same punishment – a red card.

The incident seemed to be missed by the match officials and the FA could now take retrospective action against Kane. 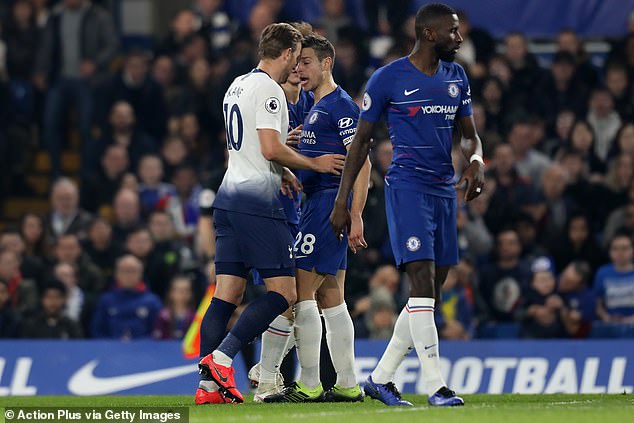 Mark Clattenburg: ‘It does not matter whether Kane made contact,’ the punishment is a red 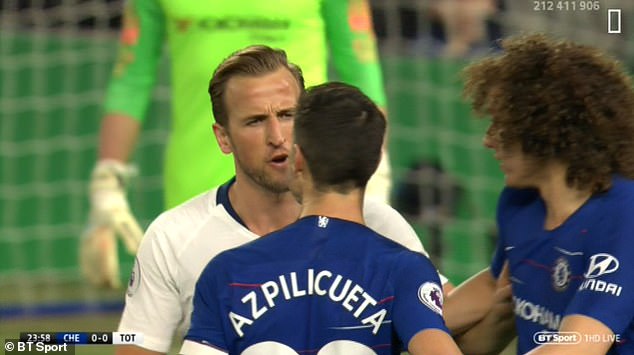 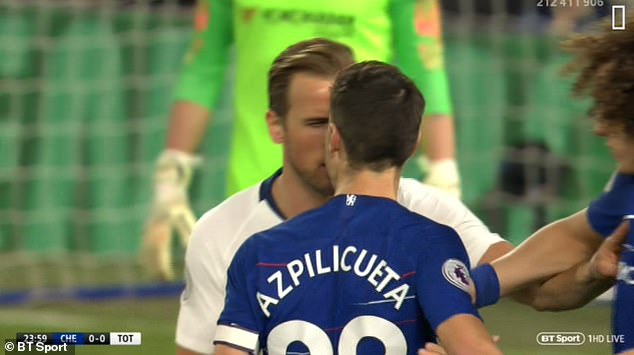 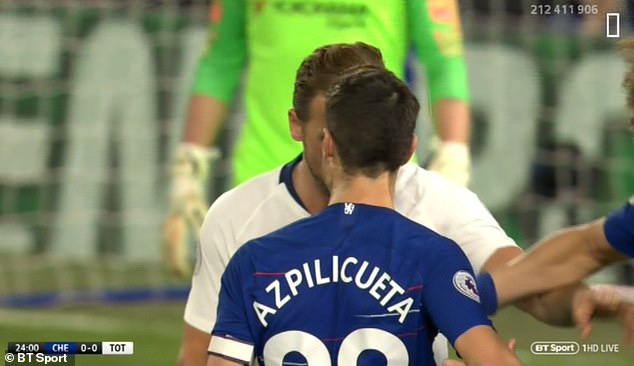 The incident was missed by match officials, but the FA could now take retrospective action