Liverpool’s title charge has been given a lift as Jurgen Klopp revealed Joe Gomez, Dejan Lovren and Alex Oxlade-Chamberlain are nearing returns from the sidelines.

Defender Gomez had surgery on his fractured right leg at the beginning of the month after suffering the injury in the 3-1 win at Burnley on December 5.

He had hoped to be back by mid-January but his rehabilitation hit problems and after consulting specialists it was agreed he required an operation. 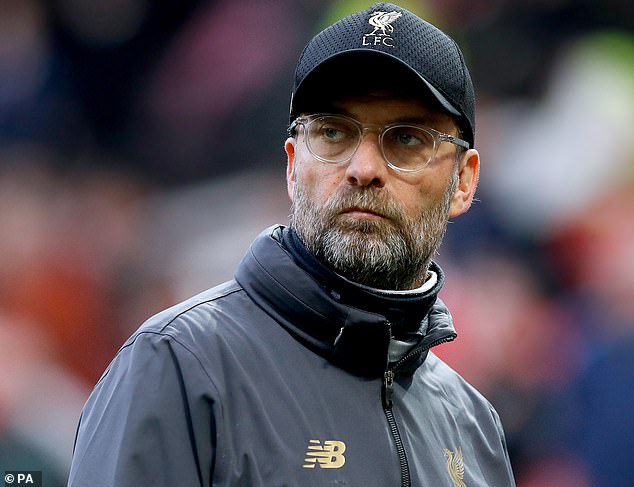 Reds boss Klopp provided a positive update on the 21-year-old England international ahead of Liverpool’s league clash against Watford on Wednesday night.

‘I think after the international break, he should be OK. If nobody gets injured before then, we’ll have a proper choice,’ he said.

‘Joe is doing his rehab and looks good, has made big steps now — outside running and all these things.’

Klopp, who has had to use midfielder Fabinho at centre half due to defenders out on the sidelines, also conceded that Lovren is back in full training following a hamstring injury.

‘Dejan is looking good and now starts proper training. He could be ready again after Everton,’ he added.

Midfielder Oxlade-Chamberlain has not played since April 24 when he damaged knee ligaments during Liverpool’s 5-2 Champions League semi-final first-leg win over Roma at Anfield. 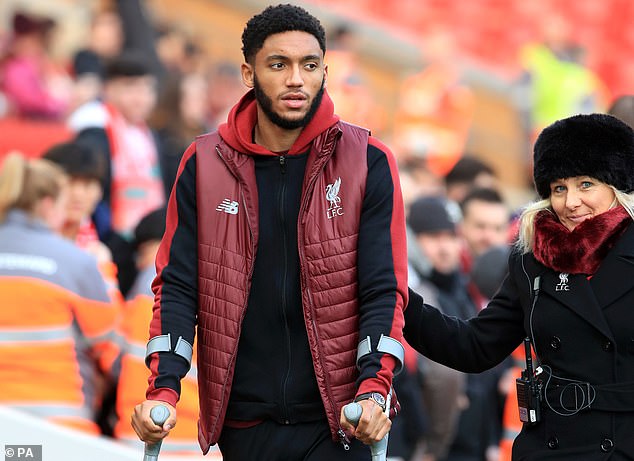 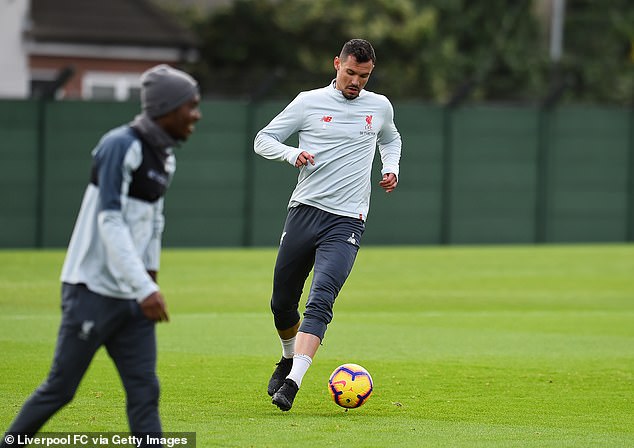 Klopp conceded that Lovren, who sustained hamstring injury last month, is back in full training

After 10 months on the sidelines watching his team-mates excel, the 25-year-old is edging closer to a first-team return.

‘Ox is doing 70 per cent of team training,’ Klopp said.

‘He trains full, but not as much as the others. Then he leaves a bit early to do something else, (working) on the things he needs. Everyone is always looking for a reaction but nothing happened yet.

‘We have to prepare him for his entire career, not just one particular game. When he’s in training it looks very nice.’

Liverpool are currently one point ahead of Manchester City at the Premier League summit. 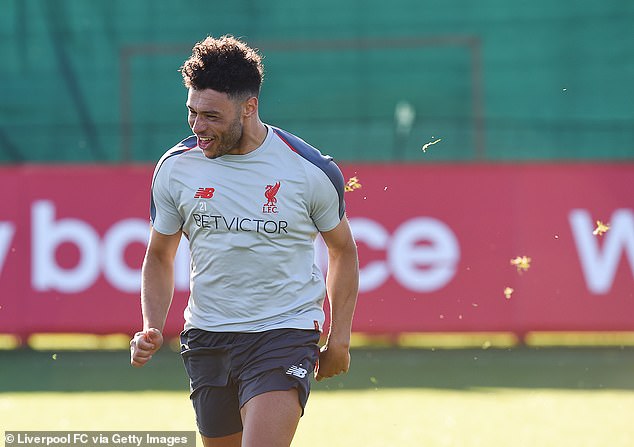 AHEAD OF THE GAME: Select English players and Premier League clubs could earn credits for signings