‘I appreciate their concern, but it’s not me that’s sick’: Kilmarnock boss Steve Clarke hits back at Rangers fans after sarcastic ‘get well soon’ banner

Kilmarnock boss Steve Clarke has responded to Rangers fans who had a message for him on a banner at Hamilton on Sunday.

Clarke had accused the Gers supporters who called him a ‘Fenian b******’ of living in the Dark Ages following his team’s William Hill Scottish Cup defeat at Ibrox last week.

A banner stating ‘Get well soon Steve Clarke’ was unveiled by some visiting fans at the Hope CBD Stadium before Rangers’ 5-0 win over Hamilton at the weekend. 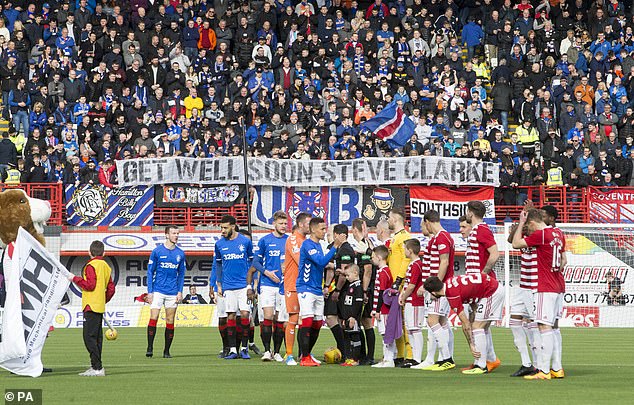 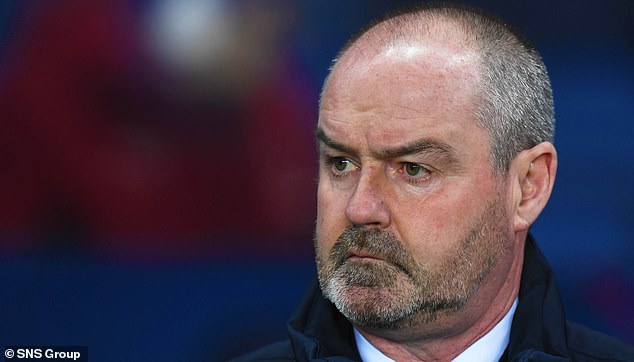 Kilmarnock boss Clarke replied, saying: ‘I appreciate their concern, but it’s not me that’s sick’

And ahead of the Ladbrokes Premiership clash with Motherwell on Wednesday night, Clarke said: ‘I appreciate their concern.

Meanwhile, Rangers boss Steven Gerrard has again urged an end to unacceptable behaviour in football after some Rangers fans appeared to repeat a sectarian chant against Clarke on Sunday.

‘For me, at the risk of repeating myself, we don’t want to hear that or see anything,’ said Gerrard after the match.

‘I was quite clear in my press conference last week. There is no place for it. We want it to stop.’ 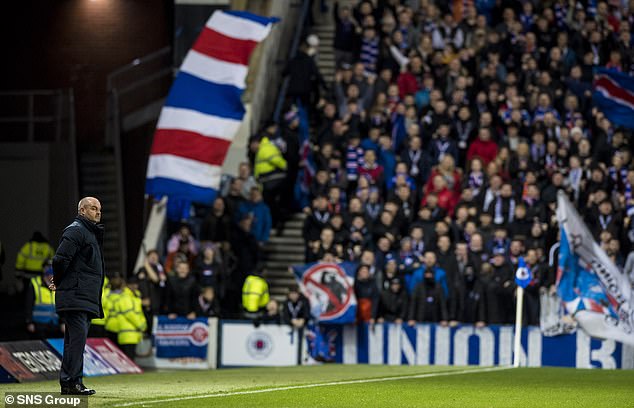 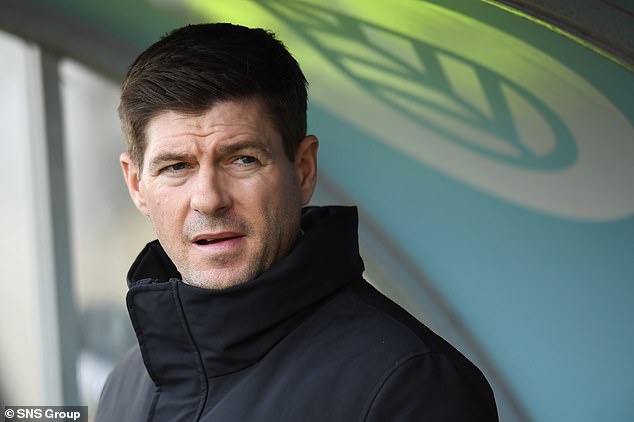 Manchester City 4-0 Brighton: Aguero at the double as reigning champions...