Napoli see off Zurich to book spot in last 16 of Europa League while Inter Milan, Frankfurt and Valencia progress

Napoli and Inter Milan encounter no issues as they both booked their places in the last 16 of the Europa League.

Salzburg, Eintracht Frankfurt, Villarreal, Dinamo Zagreb, Zenit, Benfica, Kiev, Rennes, Krasnodar and Slavia Prague also all made it through on an action-packed Thursday night across Europe.

After a 3-1 away win in Switzerland last week, Napoli easily advanced 5-1 on aggregate. 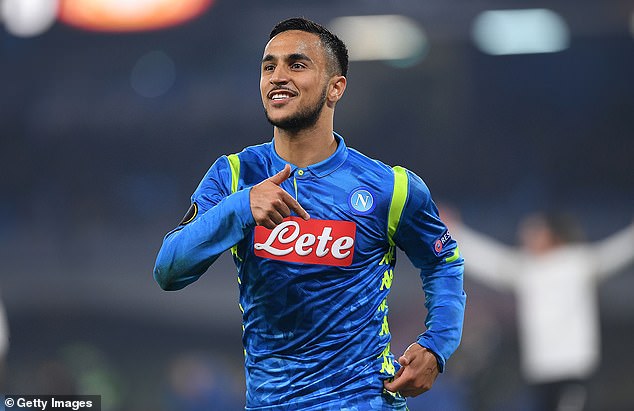 Napoli coach Carlo Ancelotti made it two wins from his first two games in the Europa League with a 2-0 home victory over Zurich.

Forwards Simone Verdi and Adam Ounas scored in each half at the Stadio San Paolo. 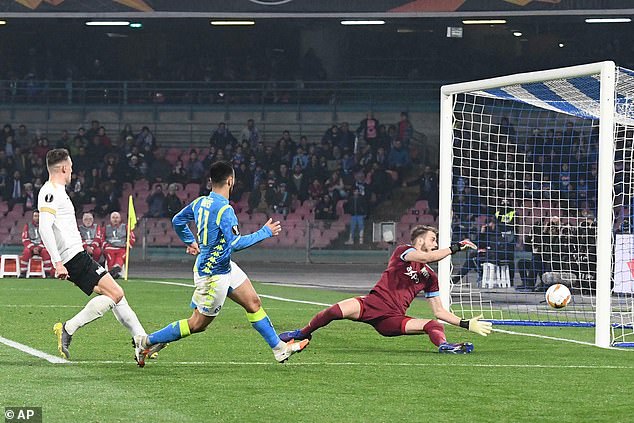 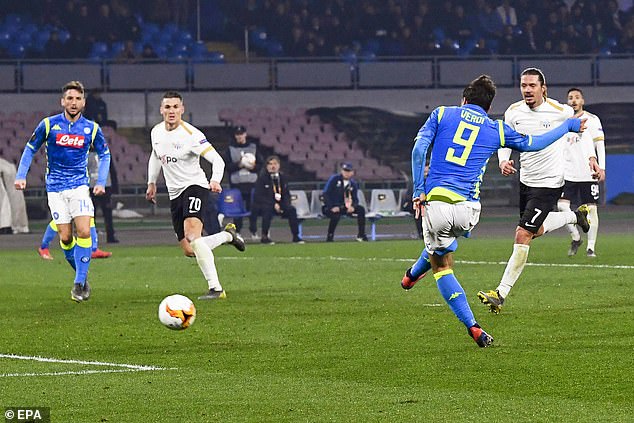 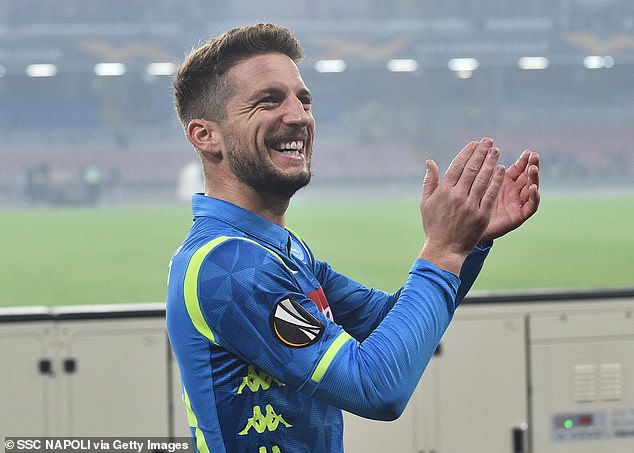 Former champion Sevilla advanced after knocking out Lazio on Wednesday.

After four consecutive draws in all competitions – including 2-2 at Shakhtar Donetsk last week in the first leg – Eintracht Frankfurt celebrated a 4-1 victory and advance 6-3 overall.

Forward Luka Jovic scored his sixth European League goal this season for a 1-0 lead in the 23rd. It was 2-0 just four minutes later after Sebastien Haller converted from the penalty spot. Haller added his second and substitute Ante Rebic also scored late in the game.

Rennes made the next round 6-4 overall after a 3-1 away win at Real Betis. 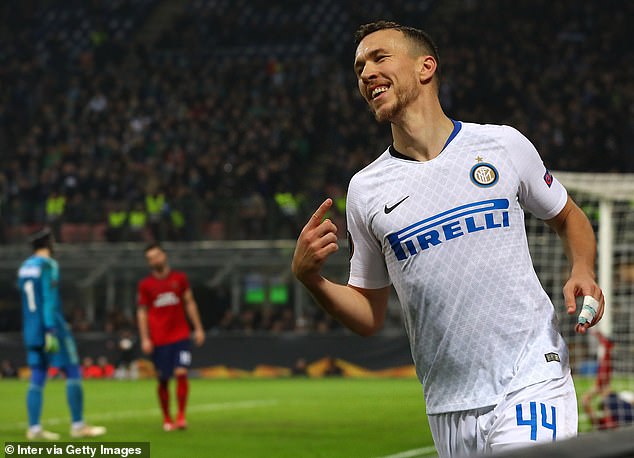 Slavia Prague knocked out Genk after coming from a goal down to win 4-1 in Belgium. The two drew 1-1 in the first leg in Prague.

Dynamo Kiev advanced with a 1-0 win at home over Olympiakos following a 2-2 draw in the first leg.

A scoreless draw with Galatasaray was enough for Benfica to get through due to a 2-1 away win in Turkey.

Russia’s Krasnodar advanced on the away goals rule after a 1-1 draw at Bayer Leverkusen.

Patson Daka netted twice and Xaver Schlager and Munas Dabbur added one each for Salzburg to beat Club Brugge 4-0 and advance 5-2 on aggregate. 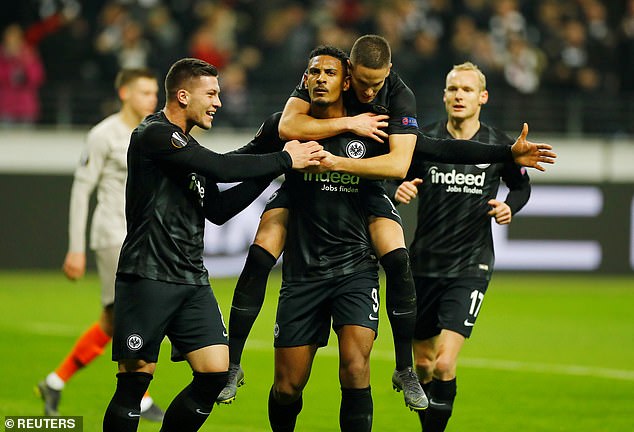 Dinamo Zagreb routed Viktoria Plzen 3-0 for a result that overturned a 2-1 loss in the first leg.

Pablo Fornals scored 10 minutes from time for Villarreal to draw 1-1 in the second leg against Sporting Lisbon, enough to advance after winning 1-0 in the first leg.

The draw for the last 16 is scheduled for Friday.

Jordan Pickford has fans in stitches as he runs through news...