Nantes paid tribute to former striker Emiliano Sala on Wednesday night before earning a 1-0 win at Caen which lifted them away from trouble in Ligue 1.

Sala’s body was recovered from the wreckage of a crashed plane last week, and there were tributes from both teams at the match, with the Argentinian having played on loan for Caen during the 2014-15 season.

Sala signed for Cardiff from Nantes during the January transfer window, and was travelling to the Welsh city at the time of the crash. 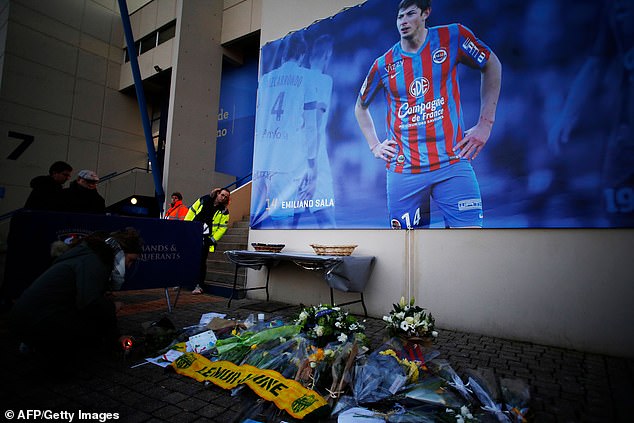 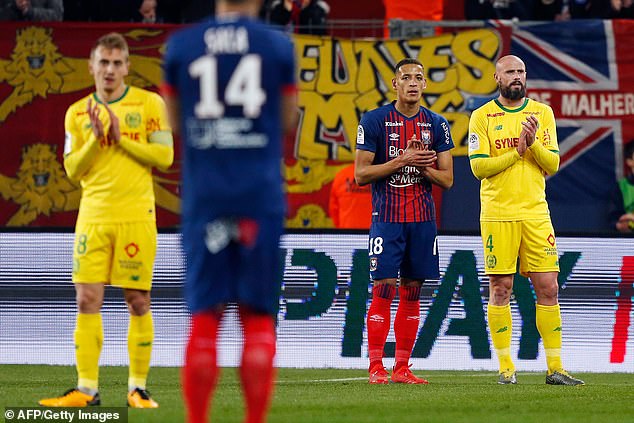 Players wore t-shirts which read ‘Play for Sala’ during the warm-up, with the Caen players having Sala’s name on the back of their shirts throughout the match.

There was also a minute’s applause in the 14th minute, marking Sala’s squad number at Caen.

Nantes were reduced to 10 men in the 35th minute when Andrei Girotto saw red for his second bookable offence in the space of nine minutes. 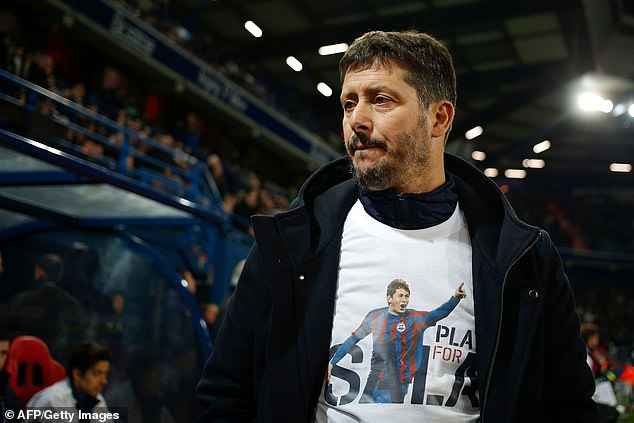 The win lifts Nantes up to 14th place, now eight points clear of the bottom three.

St Etienne boosted their European hopes with a 2-1 win over Strasbourg.

Robert Beric opened the scoring after just five minutes and Loic Perrin doubled the advantage in the 27th minute.

Nuno Da Costa pulled a goal back with 16 minutes left but St Etienne held on for a win which leaves them in fifth place, one of four teams on 37 points. 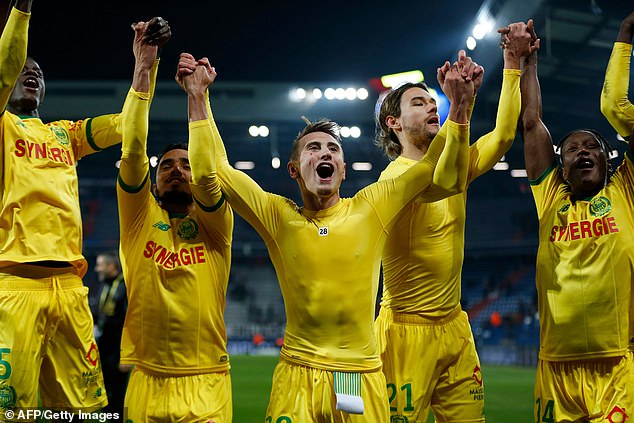 Everton 0-2 Manchester City: Laporte and Jesus fire side to top...