Lucas Vazquez admitted Wednesday night’s draw against Barcelona was bittersweet as he felt Real Madrid had deserved to win the game.

The winger opened the scoring on the night as Real managed a 1-1 draw in the opening leg of the Copa del Rey semi-final at the Nou Camp between the two fierce rivals.

He struck in the sixth minute of the match, knocking the ball beyond Marc-Andre ter Stegen. 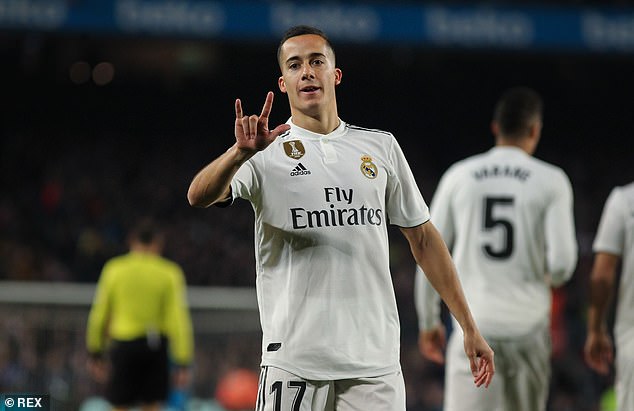 However, Malcom levelled the game in the second-half to give Barcelona a draw at home.

Real now host Ernesto Valverde’s side at the Santiago Bernabeu on February 27 in the return leg, with Vazquez suggesting they will go all out to win the tie.

‘It’s a bittersweet feeling because the team deserved more,’ Vazquez said. ‘I’m thrilled to have got the goal and helped the team but we lacked that little bit to go on and win it.

‘I’ll take away our efforts for 90 minutes because everyone ran hard and worked with real intensity, both up front and at the back, and that’s the secret to this group. We have to keep it up. 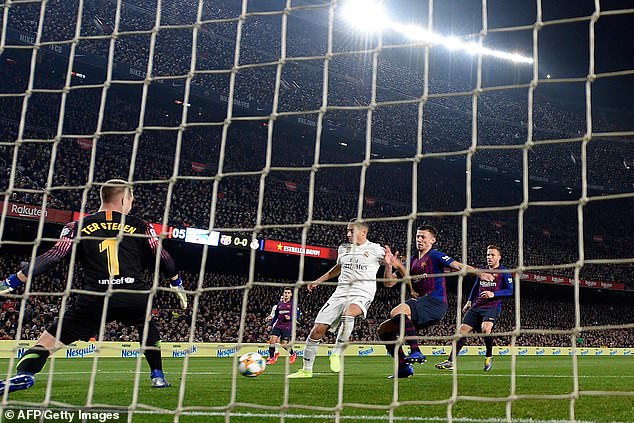 ‘We’d planned a match where we’d press high up and win the ball back in their half, and we did just that, especially before half-time.

‘Every player is extremely committed, we’re all pulling in the same direction.

‘Towards the end we had a couple of great chances to make it 1-2 but it wasn’t to be. The tie is wide open and it’ll be a hard-fought game next time out.

‘We will be going all out for a win at the Bernabeu in front of our fans. All together we’ll push to seal a place in the final.’ 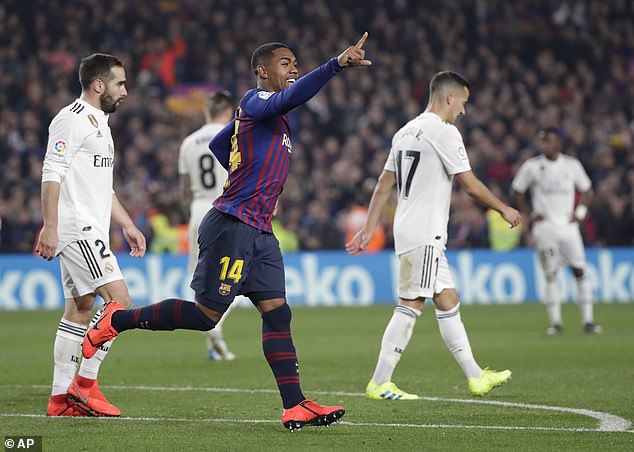 David Beckham takes to the ski slopes and shows off Kylian...