The Munster wing shot out of the line allowing Owen Farrell to create an overlap with a brilliant skip pass, which allowed Elliot Daly to roam down the blindside and send Jonny May over the line for the opening try of the contest.

Ireland found themselves 7-0 down after 90 seconds as the visitors made the perfect start. 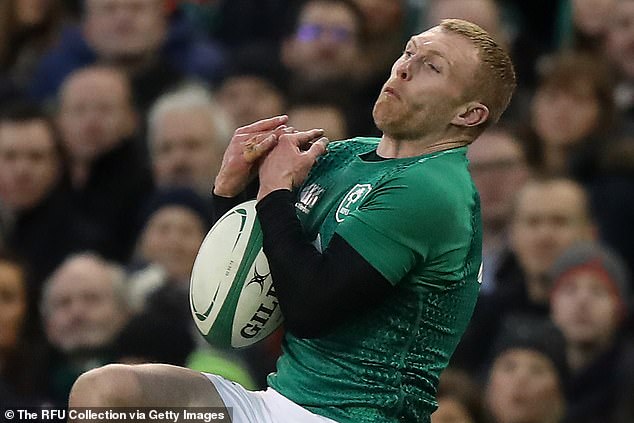 ‘It was obviously 100 per cent my fault,’ he said. ‘I got my numbers wrong on the edge. I didn’t see Daly out there, I thought it was May.

‘I was going to go for the intercept but Farrell’s pass is one of the best in the game and it beat me.’ Rugby is a game of small margins. Last season at Twickenham, Earls made a similar dart out of the defensive line and made a brilliant last-ditch tap tackle on Daly, denying the England speedster a certain try in the process.

On this occasion, Earls got his timing wrong and England got an early foothold in the contest which proved crucial ‘I had a look’ he continued to explain.

‘I think Billy [Vunipola] had offloaded it so we got caught off the mark and that’s why I tried to solve a problem on my own but I got it completely wrong.

‘Look, I am big enough and old enough to know that and accept that.

‘I went off on my own rather than just taking a feel for the game but if I got the intercept it would have been a different story – but I made a mistake.’ It didn’t get much better for Earls after that. England’s game plan seemed to centre on targeting him on every available occasion. Tom Curry was sin-binned for a late hit on Earls before Maro Itoje followed up with another questionable challenge for a high ball. The 31-year-old battled on until the break, but that first-half punishment took its toll and he failed to reappear after the break due to a painful hip injury.

‘It was frustrating,’ he admitted.

‘Everything kind of shut down around my hip and it was sore to run because it swelled out. They usually loosen out but it didn’t. I suppose it was the first time I stayed on injured and tried to run it off because I’m usually quite good at knowing my body and when to come off, so from that aspect I probably should have come off earlier.’ He was back up and running at Carton House yesterday, however, and is very much in the frame for selection again this weekend. Schmidt’s men head to Edinburgh for a must-win game. If Ireland want to make any impact on the championship now, they know there is simply no margin for error.

The Grand Slam is gone, but Ireland have the chance to right some of the wrongs from last Saturday’s debacle in Dublin. 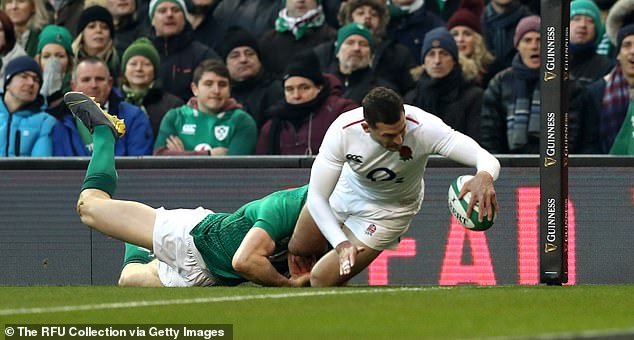 ‘I suppose the good thing about it is we can fix a lot of the things ourselves,’ said the veteran wing.

‘Everyone thinks we were poor but some of our decision-making by individuals probably let ourselves down, but we actually didn’t play that badly. We’re not a bad team overnight all of a sudden.

‘We know there is another massive challenge ahead with Scotland and with the firepower they have, we have to be 100 per cent. We can’t be off the mark like we were at the weekend.’ There is also the small matter of a World Cup dress rehearsal. These two sides have been drawn together in Pool A and will face each other first up in Yokohama on September 22. Both camps will deny it, but Ireland or Scotland have the chance to strike an early pyschological blow ahead of the big one in Japan later this year.

‘I didn’t think about that, thanks for reminding me,’ joked Earls.

‘You know us now, we concentrate on one game at a time. It will be no different this weekend. I think we have a good rivalry there.’ Speaking of rivalry, there has been no love lost between Munster and Glasgow in recent seasons, but Earls denied that club hostility would spill into the Test arena.

‘We like to think we have great discipline here and we like to leave them do whatever they want to do and just concentrate on our own game. Niggle is just a part of it. Some fellas need to do it to get up for a game and some fellas couldn’t be bothered with it. I think it’s down to individuals really.’ 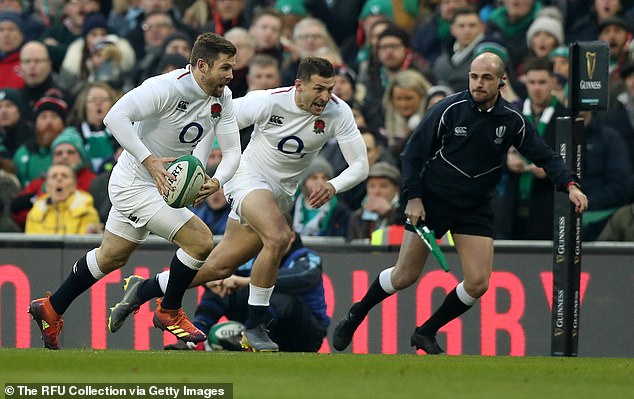 What has changed between Deontay Wilder and Tyson Fury in last 14 months since their first fight?