The first place to start was the substitutes’ bench. To gauge how upset Marco Silva has been with Everton’s dismal form, you only had to look at who never made the cut.

It is a long time since Everton have had £149million waiting in the wings but that was the case for Manchester City’s visit. Silva did not so much make changes for the arrival of the title favourites but purged his line-up of those who have been falling short.

Out went the two most expensive players in the club’s history, Gylfi Sigurdsson and Richarlison, the pair who cost a combined £89million; Cenk Tosun, the £27million striker, was another casualty, as was the man who has been captain, Seamus Coleman. 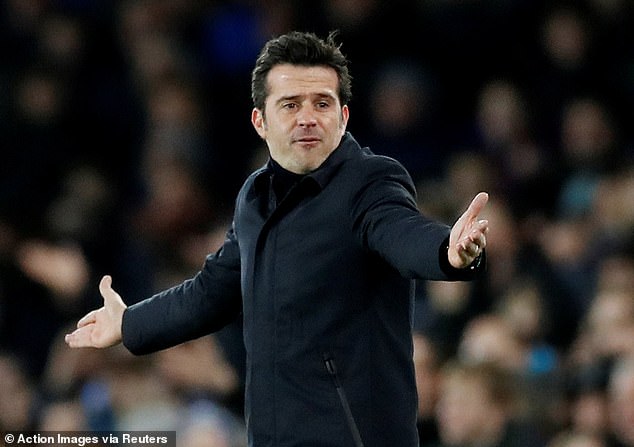 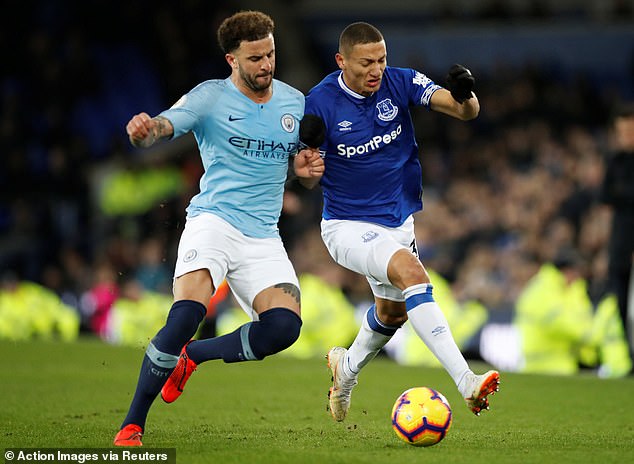 He could have gone further: Theo Walcott was fortunate to retain his place, given how anonymous he had been in last Saturday’s 3-1 defeat by Wolves. Had Ademola Lookman been showing any kind of consistency, the former England man would have been jettisoned, too.

Brave or reckless? In the hour before kick-off, his decision polarised opinion. Yes, it is a manager’s responsibility to make big decisions but the easy thing for Silva to do against such high-profile visitors would have been to stick with what he knows.

Instead, he took a gamble. That word must be used as aside from the huge price tags, also on the bench were 22 Premier League goals. Everton have hardly been prolific this season but Sigurdsson and Richarlison have a combined haul of 19.

To emphasise the point further, the XI Silva sent into battle had scored 12 goals in total since August. Sergio Aguero, alone, had 14 for City. How, many wondered, were Everton supposed to compete in such circumstances? 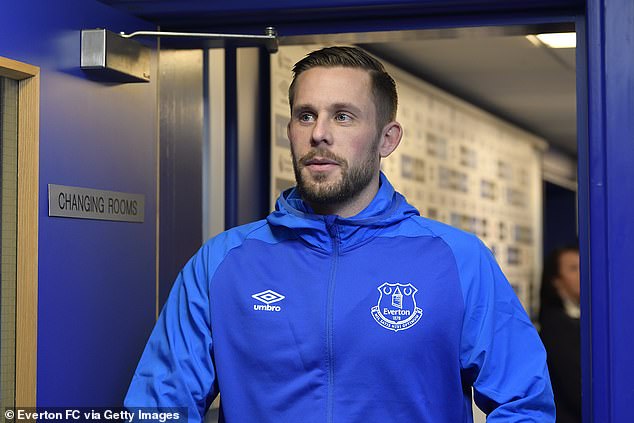 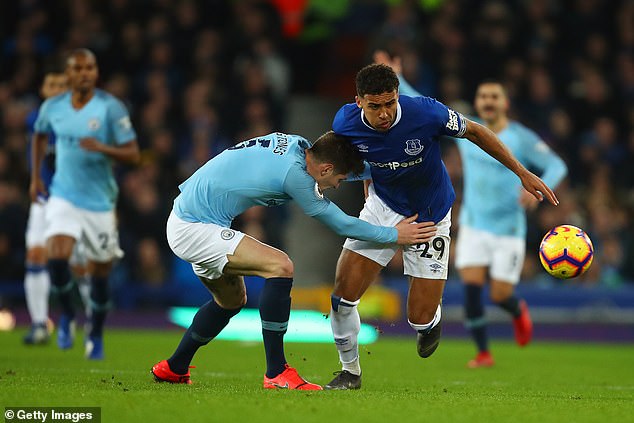 The key word, however, is compete. Everton have been horribly insipid over the last 10 games and the one thing Silva wanted to see was a performance that showed they could deliver some of fight that should come as second nature.

‘You know when we change something, it is not just because we were not happy with some things we did in the last game,’ said Silva. ‘It is a good opportunity to change. We have two games in four days. When we have the ball, we have to be ourselves. We need to be really solid and compact.’

There was another clue. With only two clean sheets since December 2, Silva tweaked his usual formation and played with a 4-1-4-1 system to try and nullify the swarming banks of laser blue shirts that were looking to cut loose.

For a while, it worked. You can tell things are not going as City want them to when Pep Guardiola emerges from his seat with blazing eyes and starts pointing and gesticulating wildly; he reached that stage after 20 minutes, as Everton tackled and worked with purpose. 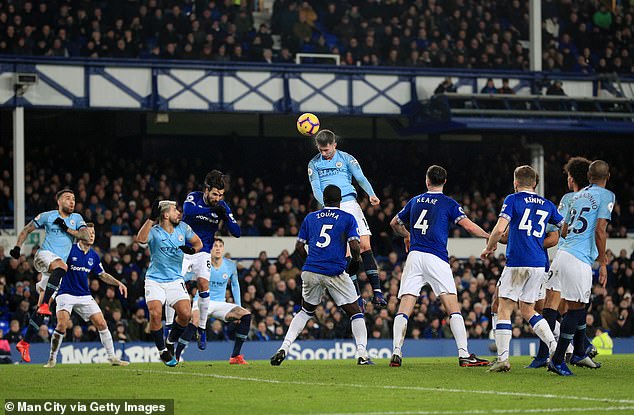 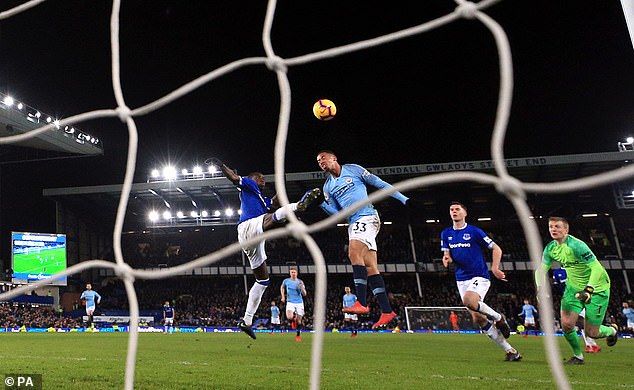 If Silva is going to make it work here – and there will continue to be doubts – he has to have courage in his convictions and the way his team started provided a measure of vindication; the willingness of youngsters such as Dominic Calvert-Lewin, Tom Davies and Jonjoe Kenny could not be doubted.

But no matter how bold Silva is with the teams he picks, he will keep making one step forward and two step backwards if Everton continue to be so utterly wretched at set pieces. They should have gone in all square but, in first half injury time, another simple goal put a pin in their hopes and Gabriel Jesus added a second shortly before the full-time whistle.

Everton have conceded 12 goals from set plays in the Premier League – 14 if you count penalties – and that is a quite abysmal statistic. Silva might have been pleased with the heart that his players showed but they were undone in such an unnecessary fashion.

He has proven he is ready to dispense with players, no matter their cost or their importance, if they do not meet his standards. What Silva must prove now is his ability to correct the mistakes that have left him in the spotlight.

Rio Ferdinand in the frame to be Manchester United sporting director