Katie Boulter gave Great Britain the perfect start to their first home Fed Cup tie in 26 years by winning the opening rubber of the match against Slovenia.

Britain are in Group 1 of the Europe/Africa Zone of the women’s team tournament and are hoping to get to the World Group II play-off in April if they come out on top of the round-robin event in Bath.

And they are heading in the right direction after British No 2 Boulter beat Kaja Juvan 6-4, 6-2 in the first singles match. 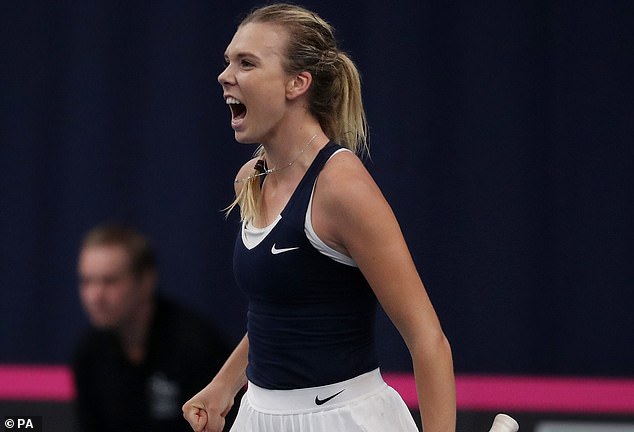 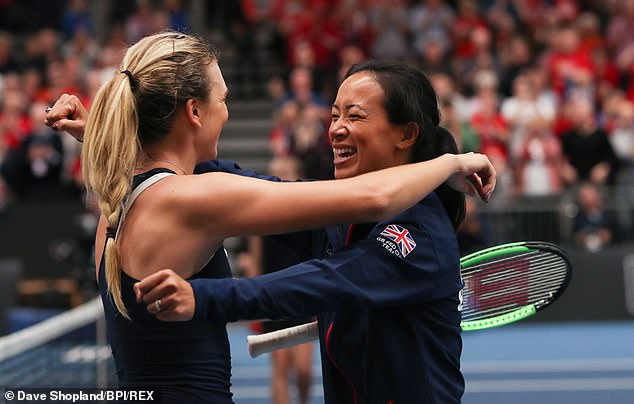 Boulter, who reached the second round of the Australian Open last month, was playing her first Fed Cup singles match, but showed no nerves and claimed the first set courtesy of a break in the fifth game.

Another break in the opening game of the second set gave Boulter even more confidence and when she took Juvan’s serve for a third time, she was able to serve the match out.

Boulter was pleased to get an early win on the board to set her team up. 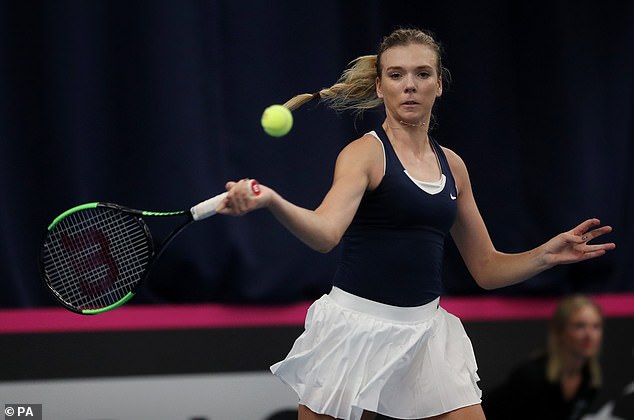 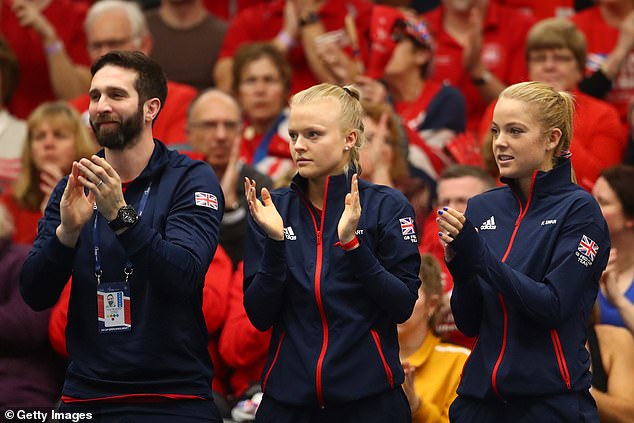 ‘I was a little nervous, everybody would feel like that in my position, but I had a great team around me to put me in the right place mentally,’ she said.

‘I like to think I am someone who rises to the occasion.

‘I didn’t mind (playing first) too much, there’s a lot of pressure to start off but I thought I did well to start and get a win for the team.’

Johanna Konta will try and get Britain’s next point on the board in this best-of-three tie when she is next up against Dalila Jakupovic before a doubles match. 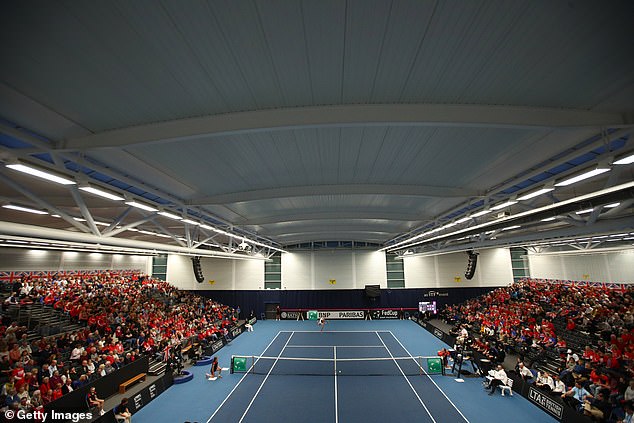 Britain are also in a group with Greece and Hungary, while Croatia, Turkey, Serbia and Georgia are in the other pool.

Croatia got their campaign off to a winning start with a 2-1 victory over Turkey, while Serbia beat Georgia by the same scoreline.

The winners of each group will play each other to determine who advances to the play-offs in April.

City face CL ban as new leaks reveal how they ‘got...